A road in an appalling state

Is the Minister for Gozo serene with the appalling state of the road from Victoria to Marsalforn? There are potholes in several places along the road and there is scarcely an area of road surface which is even. Driving a car or a motorcycle along it is surely a hazardous business. For the past number of years, no repairs have been carried out to the road surface.

Would the minister, therefore, please ensure that something is done as soon as possible, before there is a serious or fatal accident?

I, therefore, hope that the minister will truly represent the genuine interests of the Gozitan and Maltese citizens who, day in day out, make use of this road without having to deface yet again the environment: “The building of another road which will involve the destruction of ODZ land, the disturbance of a water course as well as the uprooting of over 300 trees” (Kristina Abela’s article that appeared on July 8).

Please note that 322 objectors, including many NGOs, have voiced strong disapproval to the already-approved project. Please also note that hundreds of Gozitan and Maltese citizens are also truly concerned but choose to keep silent because of obvious repercussions. “When I am silent, I have thunder hidden inside” – Rumi.

However, as a Gozitan, Maltese and European citizen, I definitely will keep voicing my complaint, hoping that some wise men would listen.

“To sin by silence, when they should protest, makes cowards of men” – Abraham Lincoln.

A step or two 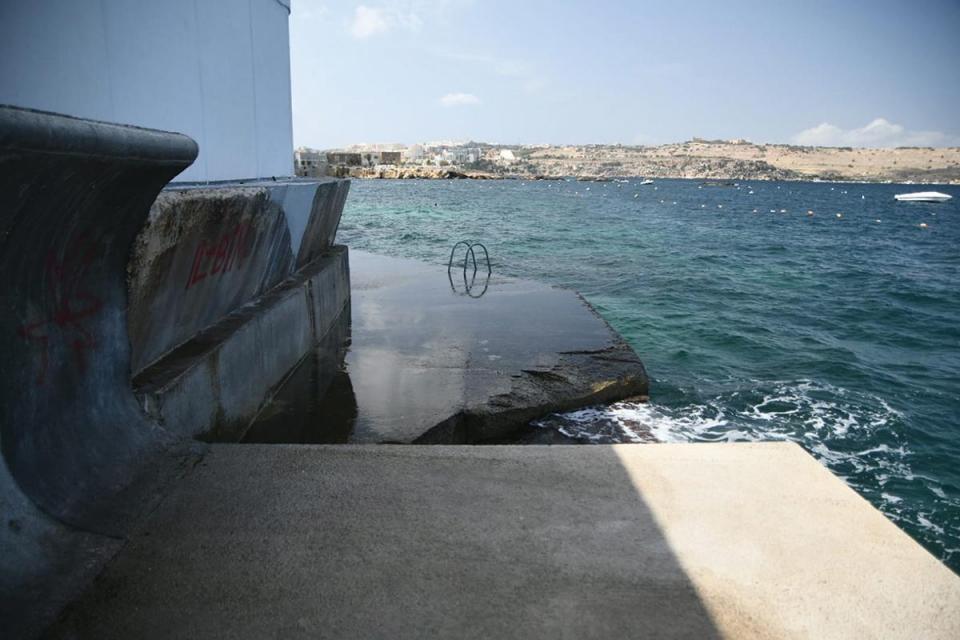 The Sirens pool complex at St Paul’s Bay has erected a new platform running on part of two external sides of the pool.

This platform is accessed on one side by the complex’s main door and, on the other side (nearest the public toilets), by some 10 steps.  However, this new platform (right) is not continuous with the old one: it is 95cm higher where it meets the old one. One cannot walk along such a difference in height.

A number of steps are needed to make the platform accessible all round to once again be enjoyed by swimmers. I wish to bring this to the attention of all concerned so that access to the whole platform is not lost.

Is any group more tyrannised than those sometimes needing medical assistance other than, perhaps, motorists? Already burdened with the ever-rising cost of living, I now learn that there are hefty charges across the country, raking in a fortune.

Lately, I was lucky to be offered tiny batteries for a hearing aid at the cost of 50c each but this after a considerable time buying them eight for €10. I have another experience to recount. A friend of mine bought new glasses under prescription for a charge of €250, of course unaware that he could get a similar service against a payment of €109 and even cheaper. I suggest that consumers ask for a quotation before buying their glasses.

I think that such prohibitive profits have a baleful effect on anyone’s pocket and any prices advisory board or similar authority should cap them at a reasonable level.

We have been milked for far too long.

Times of pique and rivalry

I really cannot understand why Charles Xuereb repeatedly denigrates the memory of our heroic ancestors who kicked the unwanted and unloved occupying forces of the French Republic out of our islands in the 1798 uprising.

In his letter to The Sunday Times of Malta (September 19), he gives us the impression that Emanuele Vitale was made a general by a rigged national assembly in some sort of clerical plot. He omits to tell us that, following the capture of Mdina by the Maltese patriots on September 3, 1798, a large multitude gathered at Rabat spontaneously, appointed Vitale, who had led the patriots, as the local commander of the troops in Mdina, Rabat and Dingli and as supreme commander (Commandante Generale) of the patriotic insurgents.

The National Assembly, consisting of the senior members of every village (except the Caruana strongholds of Żebbuġ and Siġġiewi), met a day later and merely confirmed this popular appointment. Caruana and his supporters did not attend the assembly on that day but stayed away in a fit of pique.

It was only later, in an effort to avoid dissension at a time when union was most required and in order to satisfy Caruana’s ambition, that both men were given an equal military status, that of general. There was never any real cooperation between Vitale and Caruana and, from time to time, elements of pique and rivalry surfaced both between them and between their followers.