Several correspondents have rightly highlighted the precarious state of our pavements. In Ħamrun, the state of the pavements is made worse by the sheer selfishness of some individuals who take their dogs out for a toilet break and fail to clean after their pets and by the authorities’ ineptitude.

On the pavement in front of my house, I found four bits of dog excrement. Eight calls to the local council and two calls to the public cleansing department over one week proved futile.

I was told that a report was lodged, though, clearly, this report was useless since the pavement has not been cleaned. It is now attracting flies and wasps.

The police cannot take action unless culprits are caught (assuming the person does not leave before the police arrive). I had lodged one similar report when one dog (with the blessing of its owner) used my doorstep as toilet. No action was taken. I am now at the end of my tether.

Who is responsible for keeping our pavements tidy and in good order? From my experience, it seems that one department tries to blame another to the detriment of the citizen. The local council is useless and the public cleansing department equally so. When I last called, I was told that the next step would be to send someone to take a photo. I could have provided the photo myself.

Is it possible that people take so little pride in their neighbourhood and home towns as to not care about littering?

No facilities at beach 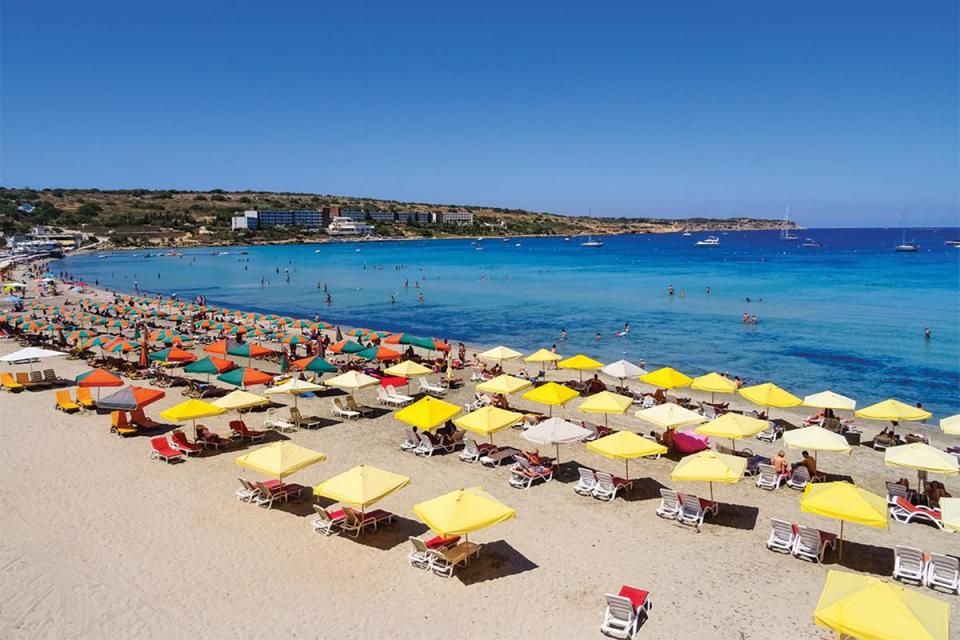 I am appalled at the lack of facilities on the public area of Mellieħa Bay beach.

Unlike in previous years there is no toilet or shower available for public use in the area where people who do not wish to hire sunbeds or umbrellas can sit. We were told that there was a toilet on the rocky area, near the tunnel to the Danish Village, and also one uphill in the car park at the far end, both of which are substantial walks from the public area and not realistic given the hot summer sun, especially for small children, older people like my husband and I or people with no or limited mobility.

The only alternative to this is to pay the kiosks €1 or €2 they ask for to use their privately-provided toilets/showers, or, of course, the obvious answer of using the sea, a solution which, from watching people, appears many have adopted.

For heaven’s sake, don’t test the water quality there!  Indeed, last week I saw a woman with a young child empty what appeared to be faeces from a bucket into the black waste bins!

Disgusting yes but what alternative did she have? At least, she didn’t bury it in the sand for some unfortunate to find.

If Malta is open for tourism you need to provide adequate and accessible facilities, not just for the tourists but also for the Maltese citizens themselves who deserve the best.

One cannot blame COVID-19 for the lack of facilities because some have been provided, although not where they are needed nor enough.

We have been coming to Malta for over 50 years and we were pleased and very impressed when, in recent years, portaloos and showers/changing screens were installed on the public beach, meaning the beach could retain and truly merited its Blue Flag status.

However, I am sad to say that this year, with the lack of these basic facilities on the public area, I am of the opinion that it  no longer deserves a Blue Flag.

I really appreciated the Times of Malta interview with Public Health Superintendent Charmaine Gauci which included questions about arrivals from the ‘dark red zone’.

I would have asked her why residents arriving from dark red zone countries must stay in a hotel and not in their home. What difference does it make and how is it safer?

I left the island to visit my family in Russia on July 6 before the new regulations took effect. Now, I cannot return unless I spend two weeks in a hotel. I have a three-year-old daughter and it is simply not an option to stay locked in a filthy tiny room with a child. No one can explain to me why I cannot quarantine in my own house in Malta.