Libya remains unequipped to deal with migrant shipwrecks, Foreign Affairs Minister Evarist Bartolo has warned, two days after a devastating incident which is believed to have left up to 130 people dead.

The Libyan coastguard cannot monitor the long stretch of Libya’s coast, lacks drones, radars and, at times, operates with only one vessel, Bartolo told Times of Malta.

The migrant-crossing saga was propelled into the limelight again on Friday after SOS Méditerranée published a haunting image of a dead migrant lodged inside an inflatable ring, hours after its vessel Ocean Viking  reported a rubber dinghy had capsized in rough seas off Tripoli.

Together with the organisation Alarm Phone, the humanitarian NGO hit out at neighbouring countries for not having rescued the migrants, even though the alarm was raised several hours earlier. While acknowledging the boat was not in Malta’s search-and-rescue waters, Alarm Phone told Times of Malta it had e-mailed the Maltese authorities to alert them about it. They received no reply.

Italy and Malta have especially been accused of turning a blind eye to migrant boats in distress. Contacted yesterday, a spokesperson for the Home Affairs Ministry insisted the Armed Forces of Malta responded to every case of distress within its area of responsibility, as provided for in international law. The Maltese authorities are responsible of coordinating the rescue of people in distress in Malta’s search-and-rescue region, she added.

Minister Bartolo said Malta has helped repair one of Libya’s vessels while Turkey has also provided support. Over the years, the EU has provided training and should be providing another vessel in the coming days, but the Libyan Coast Guard needs equipment. 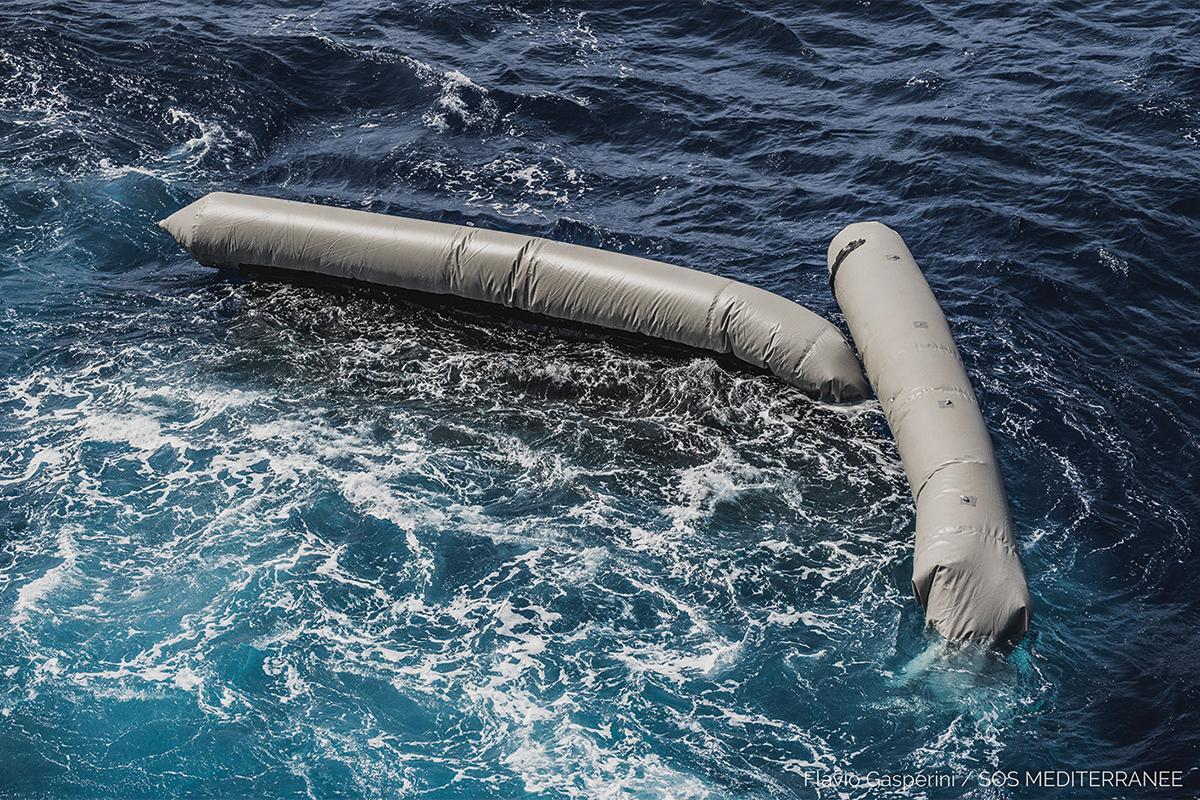 The remains of an inflatable raft, which is believed to have left around 130 migrants dead. Photo: Flavio Gasperini

Meanwhile, Malta is urging Libya to officially recognise the UNHCR, involve the agency in the running of migrant reception centres and do whatever needs to be done to make Libya a safe country.

Bartolo stressed this point during a recent council of EU ministers for foreign and internal affairs.

During that meeting, he insisted that although last year the number of migrant arrivals had dropped for Europe as a whole, Central Mediterranean countries had registered the highest number of arrivals in three years. So far this year, the Libyan Coast Guard has intercepted more than 5,000 migrants. Bartolo reiterated that as human traffickers continued sending more migrant boats from Libya, Malta kept getting caught between the risk of “letting them drown or letting everyone in. The island could not let them drown but it also did not have the carrying capacity to continue taking in migrants”.

It therefore had no alternative but to cooperate with Libya to intercept migrants and return them to the north African country.

Bartolo believes the EU needs “a serious policy” to address root causes of migration, by, among others, providing African countries fair terms of trade to help create jobs there, so that youths would not need to risk their lives for a better future.

The minister also believes that the north African country needs “a lot of support” to protect its borders from human traffickers.

“Libya needs help with electronic surveillance and refugee centres at its southern border touching the Sahel area, a border that is constantly used by international people smugglers.

“Just as we have seen in Morocco and Algeria, strengthening border surveillance would decrease human trafficking and help deter people risking their lives.”