Large canopies have been built over an open dining space at the front of Valletta’s Old Market, completely obstructing views of the building’s iconic façade.

While awnings were constructed over the square the previous winter, these were not permanent and had been removed.

The new canopies are however visibly sturdier and were installed using a crane, sparking fears that they are intended to become permanent and prompting dismay at the building's recently-restored façade becoming hidden from view.

Use your finger or mouse to see Is-Suq tal-Belt looked before and after the construction of the canopies.

The structures are only the latest in a series of controversial decisions taken concerning the building. In the market’s original plans, the square was initially envisioned as an open plaza that would serve as exhibition space.

However, since opening in January of last year, tables and chairs had been placed in front of the Old Market without a permit.

The Planning Authority later sanctioned the dining space, reversing its position after a month earlier a majority of PA board members indicated that they would reject plans for a private catering area entrenched in a glass enclosure.

Former Valletta mayor Paul Borg Olivier said on social media that the façade of the market was effectively gone and that “the level of abuse of the DNO system is blatant”.

A DNO, or development notification order, is an application for any proposed development which does not create an adverse impact to any neighbouring residence.

Dr Borg Olivier posted documentation that showed that the DNO had been approved in six days. 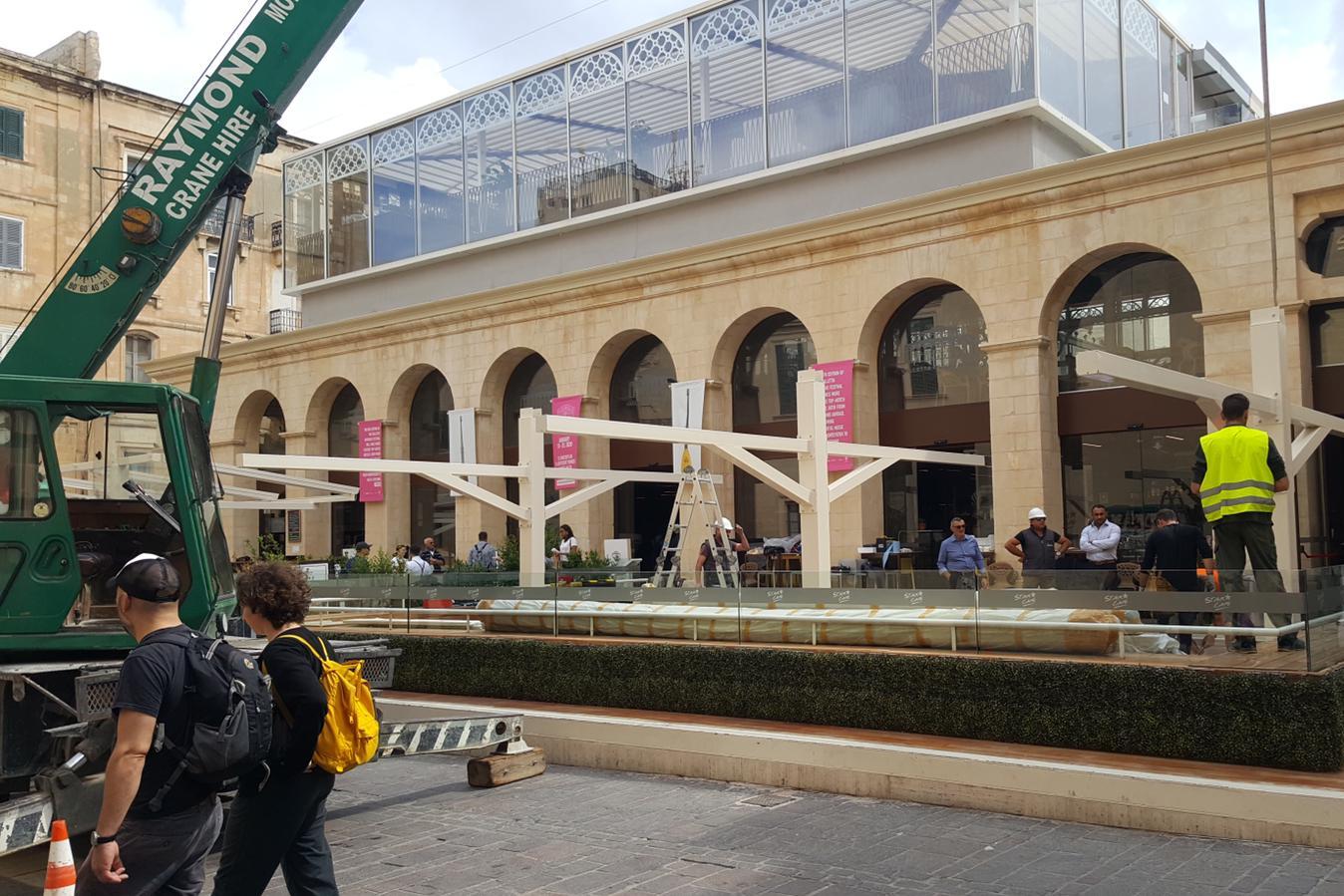 A crane lifts the sizeable canopies into place.

Architect Chris Briffa told Times of Malta that the structures had nothing to do with the character of the building and that they “made the square look like a cheap shed”.

“We need good design with a capital ‘D’ to be put high on the agenda – everywhere really - but in Valletta especially,” Mr Briffa said.