The lack of tourists visiting Malta since the airport and ports were closed in early March may be allowing marine life to flourish.

Marine biologist Alan Deidun says that as well as multiple dolphin sightings, other forms of marine life are also benefiting from quieter and cleaner waters.

Deidun was speaking on the latest episode of Times of Malta podcast #TimesTalk.

"Species - such as limpets - which are usually exploited by man have shown a slight increase. Types which live along the tide line are seeing their populations recovering. Meanwhile, there is a species of green algae, which is usually a good indicator of sewage contamination that has actually declined."

Deidun has an idea of why that might be: a sudden drop in tourist numbers.

"The population of residents is still the same prior to COVID-19, but there's been almost a complete stop to tourists who contribute to the sewage problem." 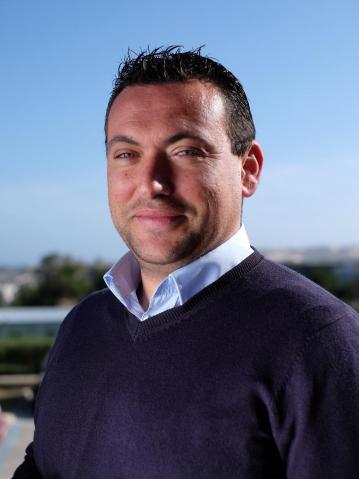 Figures from the National Statistics Office show January had 150,131 inbound visitors with February seeing 145,821. March, by contrast, saw roughly 70,000 people enter Malta, according to Malta International Airport statistics. Figures for April are likely to be even lower.

However, the marine biologist acknowledges it might be too soon to make this connection and more data is needed. "In science you need long trends and be able to tease out these links between COVID and changes in populations in organisms, so we need to do much more research over the coming weeks and months."

But he is confident a lack of sea traffic such as tankers, ships and boats is leading to an increase in dolphins coming closer to shore.

"What is fascinating is there has been quite a number of sightings that have been made close to land. It's quite unusual for species like dolphins to be viewed in harbours, especially the Grand Harbour."