Vincent Muscat, one of the three men accused of murdering Daphne Caruana Galizia, on Wednesday withdrew an appeal against a court’s rejection of his pre-trial pleas.

That decision suggests Muscat is unwilling to challenge prosecutors in the case against him and could prove a watershed moment in the high-profile murder case.

Muscat is understood to be cooperating with authorities in the case, sources told Times of Malta.

Muscat, also known as il-Koħħu, is one of three people accused of murdering Caruana Galizia in October 2017. The other two are brothers Alfred and George Degiorgio.

His withdrawal means he will now no longer be part of the pre-trial appeal. It is the first time since the three men were arrested in December 2017 that he is adopting a different legal stance in court to that of the Degiorgios.
All three accused had had their pre-trial pleas turned down by a court last October and subsequently appealed that decision. The Degiorgio brothers have emphasised that they want all recordings which self-confessed middleman Melvin Theuma made of Yorgen Fenech to be heard in their case.

Fenech stands accused of complicity in the murder and is alleged to have paid money for Caruana Galizia to be killed. He is pleading not guilty to charges.

On Wednesday, an appeals court led by chief justice Mark Chetcuti together with judges Joseph Zammit McKeon and Giovanni Grixti said that it was upholding two separate applications which the Degiorgios and Muscat filed over the past week.

The application filed by the Degiorgio brothers is to have recordings and transcripts admitted as evidence in the case. Their lawyer William Chectuti has refused to cross-examine Theuma until that happens.

Muscat’s application, filed on Monday, was to withdraw his appeal altogether.

Having upheld the two applications, the court deferred proceedings to April 28.

A court presided by judge Edwina Grima will hear the Degiorgios' legal plea to include all recordings and transcripts in the case during a hearing scheduled for Friday, February 26.

Times of Malta had reported in October 2019 that prosecutors had offered Muscat a reduced sentence in exchange for testimony about the murder.

That pardon bid went nowhere, however, with cabinet officially rejecting it last month after the attorney general and police commissioner recommended that the request be refused.

Muscat's lawyer, Marc Sant, confirmed last year that his client's family had been offered €1,500 a month in "hush money" to not provide information about the men who allegedly gave them the bomb that killed Caruana Galizia. 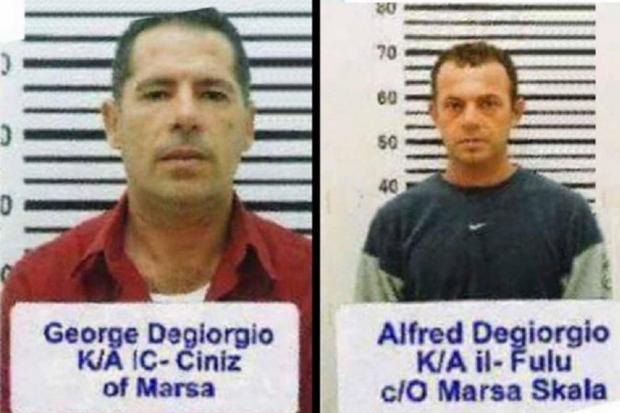 12.04pm That's all from court today. Thank you for having joined us.

11.57am Muscat's application, filed on Monday, was to withdraw his appeal altogether. That's a significant development in the case.

Two applications in a week

11.35am It was a very brief hearing, with little information imparted in public.

Those two applications, filed in the past week, could shed light on the specifics of today's decision.

Appeal put off for two months

The accused are led out of court - the Degiorgios first, with Muscat kept until they are out - and the day's hearing is done.

Records sent back to criminal court

11.21am Chief Justice Chetcuti says that the court has taken note of requests by the defence for records to be sent back to the criminal court, and says those requests are justified.

But we do not know which specific requests the court is referring to, as they were not read out in court.

11.11am The judges are handling another hearing, but the murder accused are all seated in the courtroom, waiting.

The Degiorgio brothers are seated next to each other, with Muscat four seats away. The brothers speak to their lawyer and Muscat speaks to his. Four armed guards keep watch.

Who is presiding over the appeal?

11.07am Chief Justice Mark Chetcuti is joined by judges Giovanni Grixti and Joseph Zammit McKeon today. They will decide on the defence's appeal.

11.02am It's important to keep in mind that today's appeal is just one part of the legal labyrinth this case has evolved into.

Another facet is the constitutional case which the Degiorgio brothers have filed in an attempt to have all the recordings between murder suspect Yorgen Fenech and middleman Melvin Theuma admitted as evidence in the case.

The attorney general's office had countered by arguing that the criminal court had ordered that any recordings deemed "pertinent" to the case be presented.

The court had ruled in prosecutors' favour and turned down the defence's request in January, prompting the Degiorgio brothers to lash out at the magistrate. Their lawyer had subsequently refused to cross-examine Theuma, saying he could not do so until all the recordings had been heard by the court.

10.58am Lawyers representing the three men in the dock (William Cuschieri for the Degiorgio brothers, Marc Sant for Muscat) had presented a long list of preliminary pleas which they wanted the court to accept - 126 in all, to be precise. The vast majority of those - 118 - were filed by the Degiorgios, with Muscat filing eight.

Judge Edwina Grima had rejected those pleas in a 206-page judgement last October.

10.55am Good morning and welcome to this live blog. We're outside hall 20, where today's court hearing is scheduled to take place.