Caruana Galizia had been killed for over six months when the self-confessed middleman in her murder, Melvin Theuma, began recording conversations he was having with the prominent businessman.

Cremona will be the first to testify on Monday.

Caruana Curran says the defence is not happy with the way things are being handled. For example, it is not right to find out there were other recordings from Times of Malta, he says.

5.40pm The magistrate decides to call it a day... and what a long day this has been! There are no more recordings for today.

A shaky Theuma is escorted out of the court room by his two guards.

Arnaud briefs the court on recordings that need to be redone or clarified. Then Theuma will just be asked questions, if necessary, on any of the added details after the corrections.

Schembri and the arrest

5.35pm Azzopardi asks if Fenech ever told him to leave Keith Schembri out of the case.

Fenech and Theuma were concerned of the crisis that would be ignited if they were arrested.

"If we were to be arrested in relation to the murder, Malta and the whole world would 'light up'... I believe this was the biggest murder ever," the self-confessed middleman in the crime says.

Theuma says Degiorgio got money from Chris Cardona "but I don’t know who else".

Azzopardi urges the middleman to jog his memory.

"I don't remember. I don't know," a weary Theuma replies.

Court remarks that it is normal not to remember things said two years ago.

5.20pm Azzopardi asks about his claim that Chris Cardona had ended up in hospital because of an overdose.

"Yorgen told me about that," Theuma replies.

Azzopard asks: "Did Yorgen Fenech tell you that Cardona was secretly taken to a Sliema hospital when he was found with a revolver in his mouth?"

In an interview with Times of Malta last week, Cardona insisted that he had never been hospitalised and urged the media to seek hospital records.

5.15pm Theuma says Fenech would tell him that deputy police chief Silvio Valletta would leak information about the investigation.

The words “God forbid he is removed” can be heard right after the statement on 'whiskey' and 'Silvio Valletta', Azzopardi tells the court.

Asked to clarify, Theuma says: "To tell you the truth, since Valletta used to pass info to Yorgen, I didn’t wish him to be removed from office. That information was useful to him and myself," explaining how he was closely following news reports detailing pressure to remove Valletta from the case.

Background: In June 2018, the constitutional court said Valletta must desist from taking part in the Caruana Galizia murder investigation, declaring his presence had breached a fundamental right of the journalist's family. 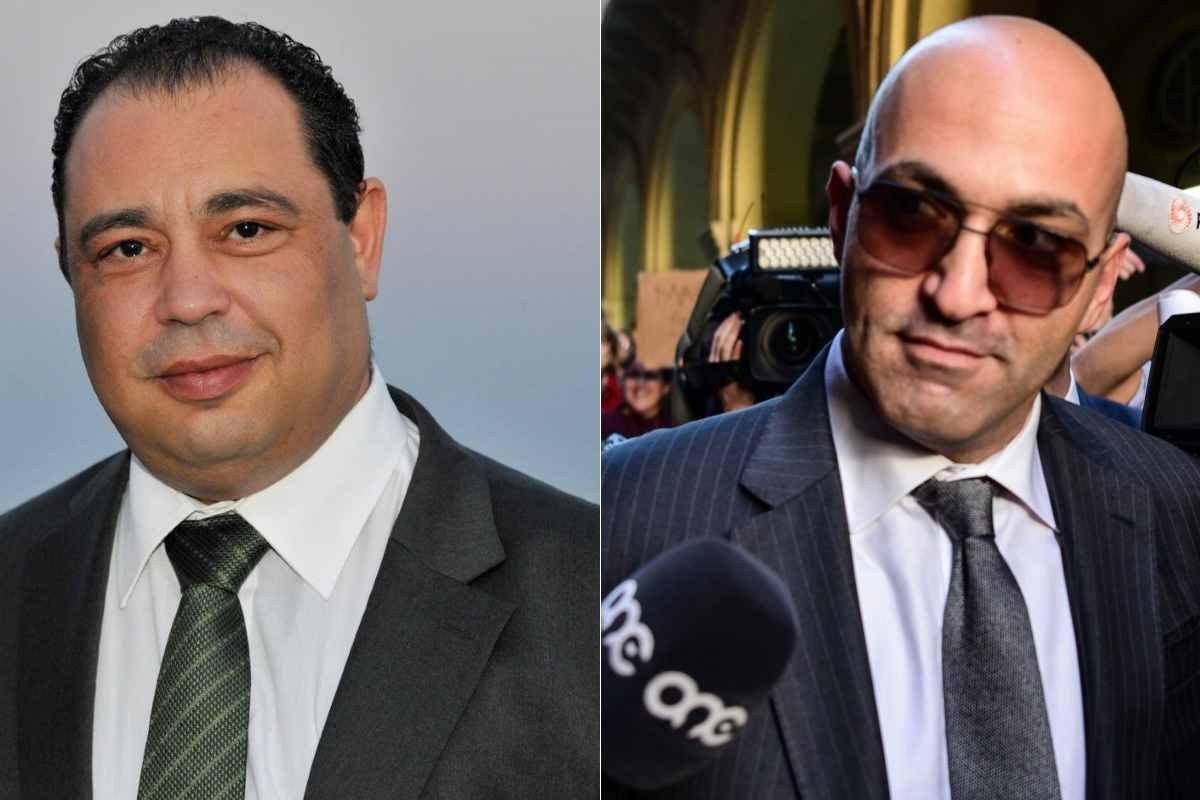 He refers to the conversation at Portomaso in December 2018 and focuses on former police deputy chief Silvio Valletta.

Was Valletta being treated to whisky sessions in exchange for information, Azzopardi asks.

'We would be alerted beforehand'

5pm As calm is restored, Arnaud asks why Theuma had said in the recording that he was not feeling well mentally.

Theuma says that at the time he was in a very bad state, taking pills and alcohol.

"I got involved in something I couldn't take," he says, referring to his role as a middleman in Caruana Galizia's murder plot.

In another recording, Fenech assures Theuma that if anything had to happen, they would be alerted beforehand. "Put your mind at rest."

Theuma clarifies: "If we were to be arrested or something of the sort, we would get to know beforehand."

Theuma says that he used to communicate with alleged hitman Alfred Degiorgio or his brother Mario, after the arrests. Mario Degiorgio used to call the middleman practically every day.

Tension in the court room

4.50pm Arnaud is losing his patience, insisting that the defence was ridiculing the star witness.

As the two sides bicker, the magistrate has had enough. She bangs on the bench and says: "That’s enough! More such remarks from either side and I’ll take it as contempt of court."

4.45pm Caruana Curran files an objection, insists Theuma is expressing an opinion and not recalling first-hand information. Arnaud rebuts the claim, saying that the witness is being honest.

The court says that assumptions or facts that were not experienced first hand by Theuma are to be given due probatory value.

As prosecution presses on with more questions, Fenech and his lawyer express their disapproval: "more of the same". 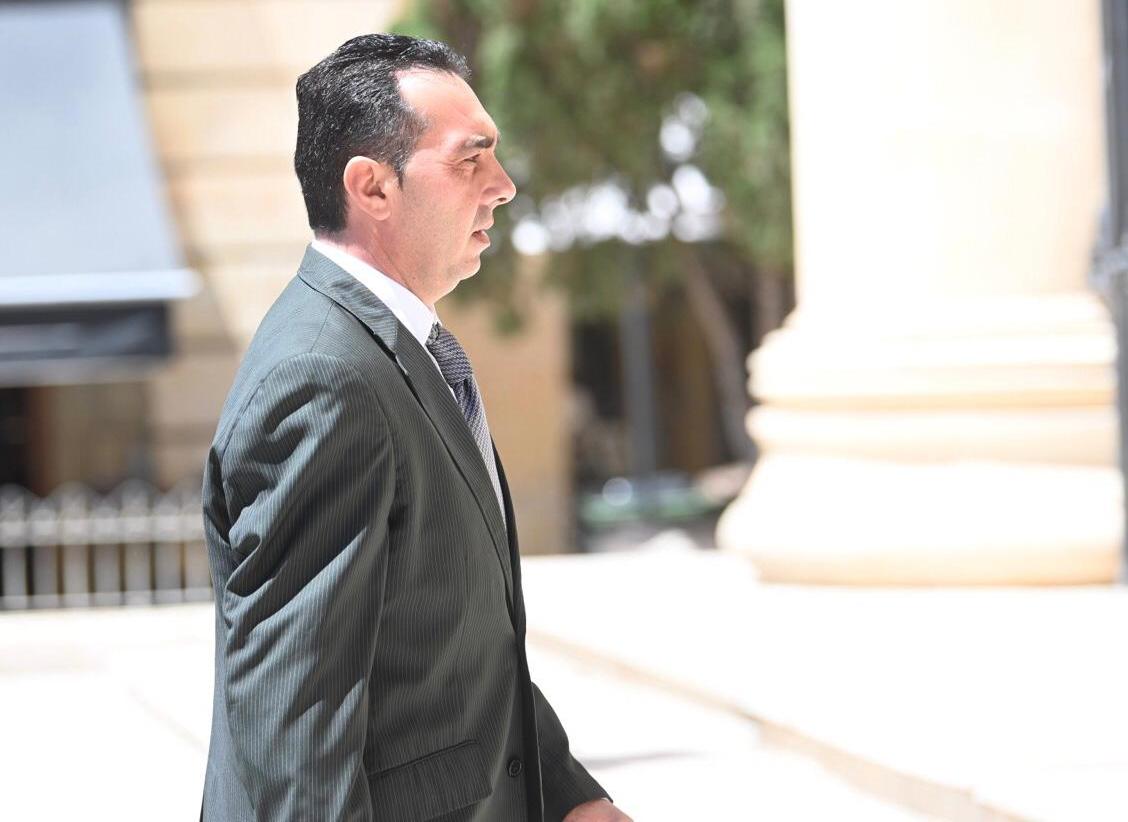 4.35pm In the recording, the two again refer to Keith Schembri. It was the former OPM chief of staff who leaked information to Fenech, Theuma says.

Fenech is also heard referring to former deputy police chief Silvio Valletta, saying he was going to show up to share a drink.

Theuma says he never asked Fenech from where he got the information of their imminent arrests.

But it was obvious that the businessman knew what was going on in the investigation. He even knew the message setting off the bomb, Theuma says.

Lawyer Gianluca Caruana Curran interrupts and accuses Theuma that he cannot remember anything and is shooting from the hip.

4.25pm In the recording, Theuma and Fenech are talking about money.

"They (the Degiorgios) were also getting money from him," Theuma says.

But in court he cannot confirm the identity of the person since the audio is not clear.

As the recording is played again, Theuma says that the person being referred to was former minister Chris Cardona.

Grilled by the prosecution to a part of the recording where he sounded surprised, Theuma replies that that was probably the first time he heard that Alfred Degiorgio (one of the alleged hitmen) had received money from Chris Cardona. 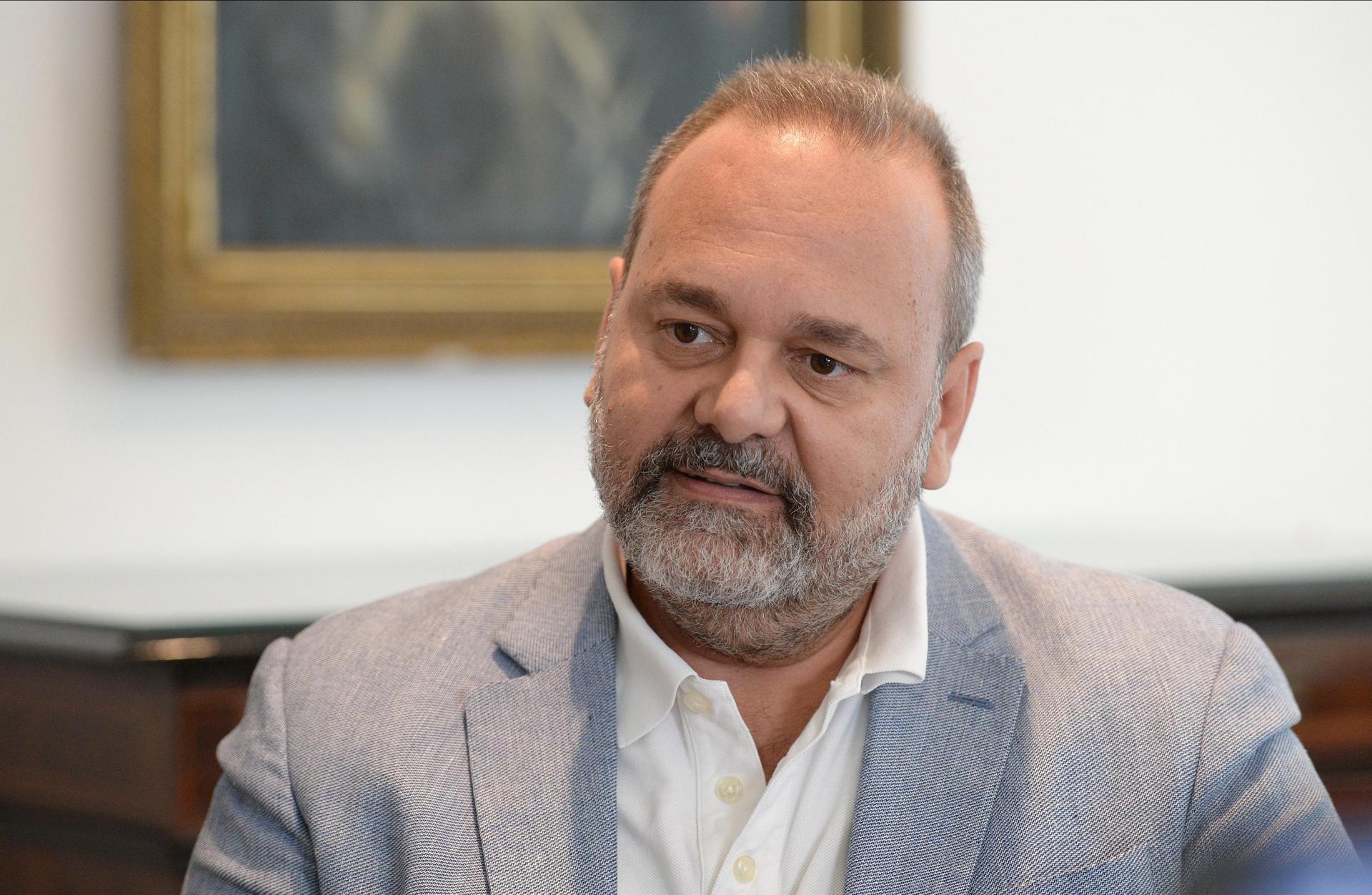 Fears alleged hitmen would reveal all

4.05pm Theuma confirms the recording was made at Portomaso in December 2018 when he was about to go on a holiday financed by Fenech.

The middleman says he began to fear that the three suspected hitmen would be given a pardon and they would reveal his own involvement in the murder.

'Put your mind at rest'

4pm A woman's voice is heard in the recording. She is speaking about a car accident, in which a wheel came off the vehicle involved.

"Put your mind at rest, I know what I'm telling you," the man charged with Caruana Galizia's murder is heard saying.

Arnaud again stops the recording, saying there is "a lot missing in the transcript". This will have to be reviewed by the transcribers.

3.45pm Journalists and relatives are allowed back in the court room.

Theuma is back at the witness stand. Fenech takes his place.

We're hearing a recording between the two, probably the last we'll hear in this compilation of evidence. Again, the recording is unclear.

2.40pm Relatives and journalists are still waiting outside the court room waiting to be called in. And nobody really knows what's going on.

1.10pm As we wait, among those waiting outside the court hall are two of Daphne Caruana Galizia's sisters, her son Matthew, Yorgen Fenech's wife, mother and uncle. 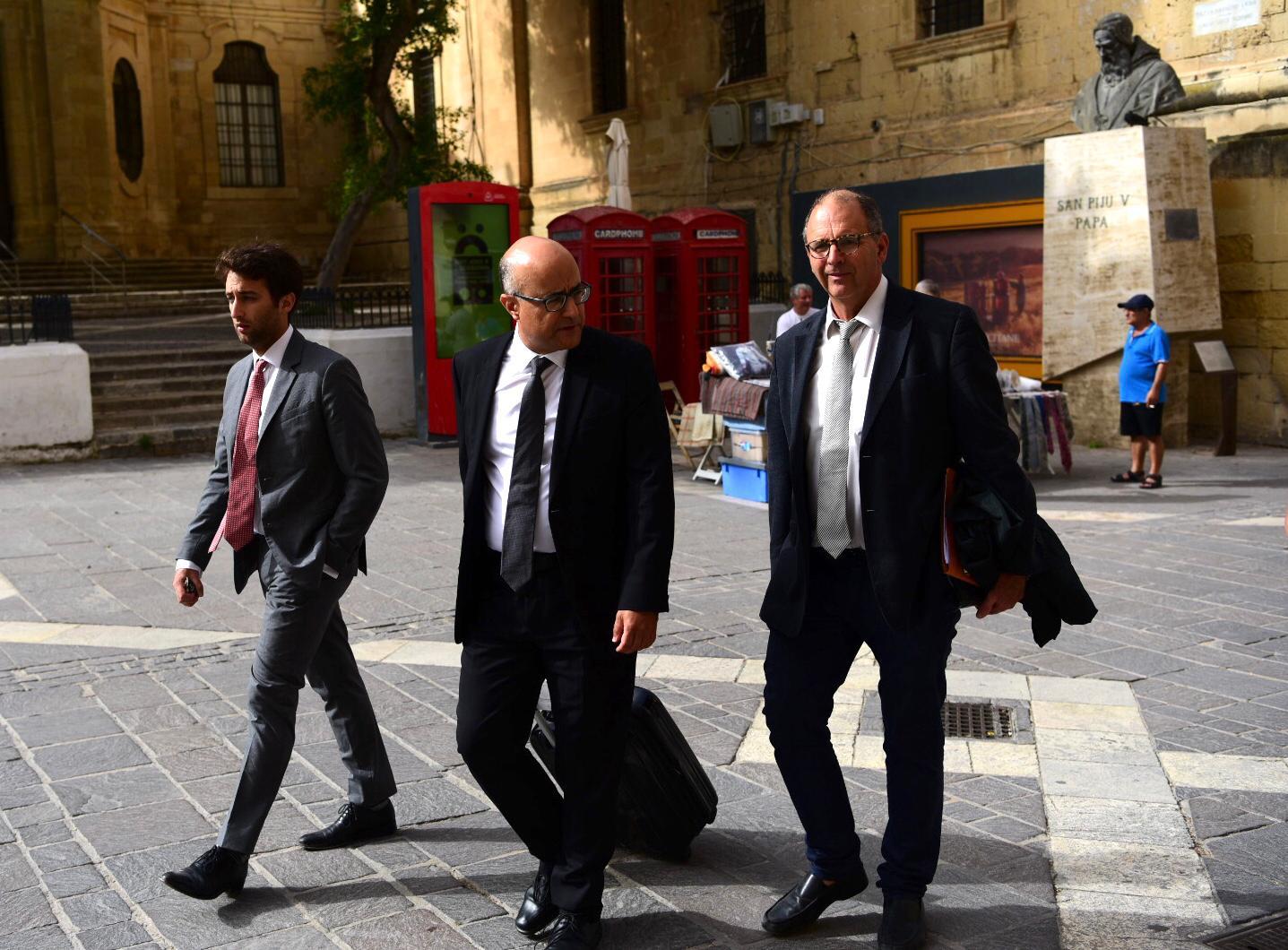 12.40pm Inspector Keith Arnaud comes up with an unexpected request. Two of the recordings deal with matters on which investigations are still ongoing and are unrelated to the case, he says.

All parties agree that these ought to be heard behind closed doors.

Magistrate has upheld the request, which means everyone is ordered out of the court room... just minutes after the delayed session started! Understandably, the visitors are quite upset.

We'll be back with the live commentary shortly.

Not enough space in the hall

12.20pm We haven't even started and we've already hit a glitch. There doesn’t seem to be enough space for everyone in the hall! The magistrate’s deputy informs those present that seating is on first-come, first-served basis.

For health and safety reasons, no additional benches are allowed in the hall.

Some of Yorgen Fenech's relatives and friends, who showed up, have to leave the hall.

A chair has just been squeezed in next to the lawyers’ table, allowing Fenech to follow the transcripts, once the testimony starts.

12.05pm Yorgen Fenech is seated on the front bench in the court room, having a quiet word with his lawyers. We are still not sure if this is the last time Theuma will be testifying in Fenech's compilation of evidence.

But he should be back in court again on Friday to testify in another compilation, this time in connection with the three alleged hitmen. Yes, this is a very complex legal case.

11.55am Theuma's testimony was meant to come to a close last Monday but the magistrate decided he needed to answer to questions emerging from new recordings which have been discovered recently.

The magistrate has said she wants three other witnesses, including former chief of staff Keith Schembri, to testify in this case, once Theuma's testimony is done.

Several points have been raised in two hearings in the last 10 days, which have rattled Malta's most infamous murder case back onto the national agenda. Among other points made, we heard how:

Fenech was arrested last November as he was about to leave Malta on board his luxury yacht. You might want to read the story behind that dramatic arrest here.

Theuma, a taxi driver who claims to be the middleman in Caruana Galizia’s murder, has been granted immunity from prosecution in exchange for his testimony.

Caruana Galizia was murdered in a car bomb in October, 2017.

Lawyer Nadia Attard from the AG's office will be assisting the prosecution. 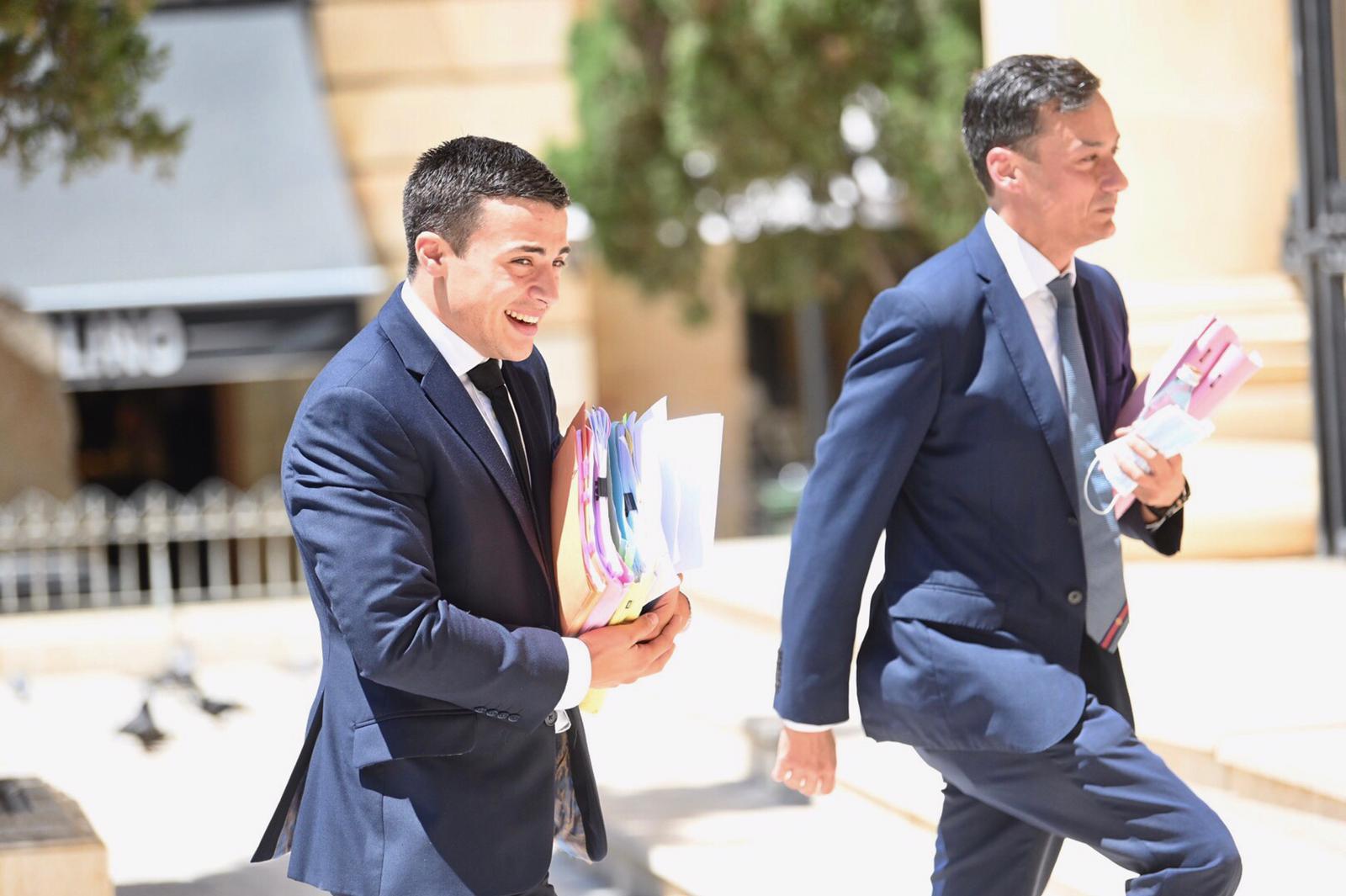