The man accused of being the mastermind of Daphne Caruana Galizia's assassination in October 2017 was back in court on Thursday but his lawyer insisted that the "real masterminds" were still roaming free.

“The real masterminds are roaming freely, enjoying the protection of... I dare not say... The truth is written on the wall,” defence lawyer Charles Mercieca told the court.

During a compilation of evidence sitting, Mercieca warned that crucial data might be lost forever if the court fails to declare that the defence team should have access to it.

Such data pertains to a number of individuals, including lawyers.

"How can we have a fair hearing if the prosecution refuses to hand over the accused’s mobile phone? There is a chance of data vanishing. We cannot control witnesses."

Mercieca said former chief of staff Keith Schembri's testimony was suspended even though he is a crucial witness in the crime.

The defence argues that the longer the AG holds on to the inquiry the more evidence is going to be lost at the expense of their client.

“If the AG persists and evidence is lost the accused will have no remedy,” Mercieca says.

The court will give a decree on the applications by the accused and the relevant acts on Friday.

The case has been adjourned until October 6.

1.30pm Mercieca wants to minute something else. He says that since Article 405 of Criminal Code grants both Attorney General and the defence same rights on evidence, it runs counter to justice for AG to object.

The accused therefore declares that if his request is denied, he will raise the nullity of the compilation of evidence.

He adds that the murder inquiry has not yet been presented at the compilation, although it was concluded months ago.

"Why doesn’t AG want to tell us when it was wrapped up?"

Deputy AG says it will be presented on October 6.

1.22pm Lead inspector Keith Arnaud stands up and says that after the stabbing incident involving Melvin Theuma in Swieqi, the police do not want his geo-location to be disclosed in court, to protect his own personal security.

Theuma was admitted to Mater Dei Hospital on July 21 following a stabbing he says was self-inflicted.

A decision on what data is to be released will be taken by the court on Friday.

1.15pm Galea Farrugia says interfering in personal data must be limited as much as possible.

These individuals are not suspected of the crime, but they spoke to each other during the compilation of evidence. The list includes lawyers.

He reminds the court that Melvin Theuma is among those whose data is being requested and should he give certain evidence, that pardon may be withdrawn.

Defence lawyer: "Are you saying that Theuma's pardon will be withdrawn?"

Galea Farrugia: "I'm not saying that."

Fenech not linked to other bomb cases

1.05pm Galea Farrugia from the AG's office stands up.

“I’m flabbergasted by all this. My colleague is speaking for the media. Why say that I’m refusing to present the procès-verbal (a written report of proceedings). It will be presented at the next sitting on October 6.”

But he points out that the procès-verbal of the murder inquiry contains photocopies of inquiries about other bomb cases and Fenech is not linked to those at all, he says.

'The truth is written on the wall'

1pm Lawyer says Fenech shares the same interest as police and parte civile lawyer to get to the “real masterminds” of the murder.

"How can we have a fair hearing if the prosecution refuses to hand over the accused’s mobile phone? There is a chance of data vanishing. We cannot control witnesses."

Keith Schembri's testimony was suspended even though he is a crucial witness.

“The true masterminds are roaming outside, enjoying the protection of... I dare not say,” Mercieca breaks off.

“The truth is written on the wall,” is his final remark.

'We can't blindly trust the AG'

12.55pm We're back in the court room. Mercieca says the police statements need to be presented as evidence as well as the statement given by Adrian Vella*, Yorgen Fenech's doctor.

If the Attorney General has it, then why doesn't Fenech have it, the defence lawyer argues, citing judgments to back his arguments.

"Why is AG saying that statements are not admissible? We can no longer blindly trust the AG," he goes on.

Meanwhile, defence lawyer Gianluca Caruana Curran turns back in his seat to have a word with Fenech, seated behind him.

*Dr Adrian Vella said he served as a go-between Keith Schembri and Fenech while the businessman was being investigated in connection with the murder.

12.40pm Lawyer says there is evidence of Melvin Theuma talking about bail, money being handed to the Degiorgios, and so on.

Magistrate points out that some of the persons mentioned are not involved in the proceedings and orders that such persons are not mentioned in open court.

Journalists are asked to leave the room while the defence explains to the court why they are asking for data preservation about individuals who have not been named in open court.

12.30pm Mercieca says the court has a duty to preserve evidence as laid down by the law. Both AG and defence have a right to this and it applies to Yorgen Fenech like all other persons accused, he says.

The lawyer says the magisterial inquiry into the murder has been concluded for months.

"We want it to be presented in evidence, together with call profiles and data about persons mentioned in our note."

The defence team is not asking for disclosure but the inquiry needs to be presented.

Mercieca says service providers keep data for 12 months and therefore some of it will be deleted in a few weeks' time.

"So evidence will vanish! Hence the urgency of Yorgen Fenech's request."

Background: In a nutshell, the defence teams wants access to the call data of a number of potential witnesses over the last 12 months. 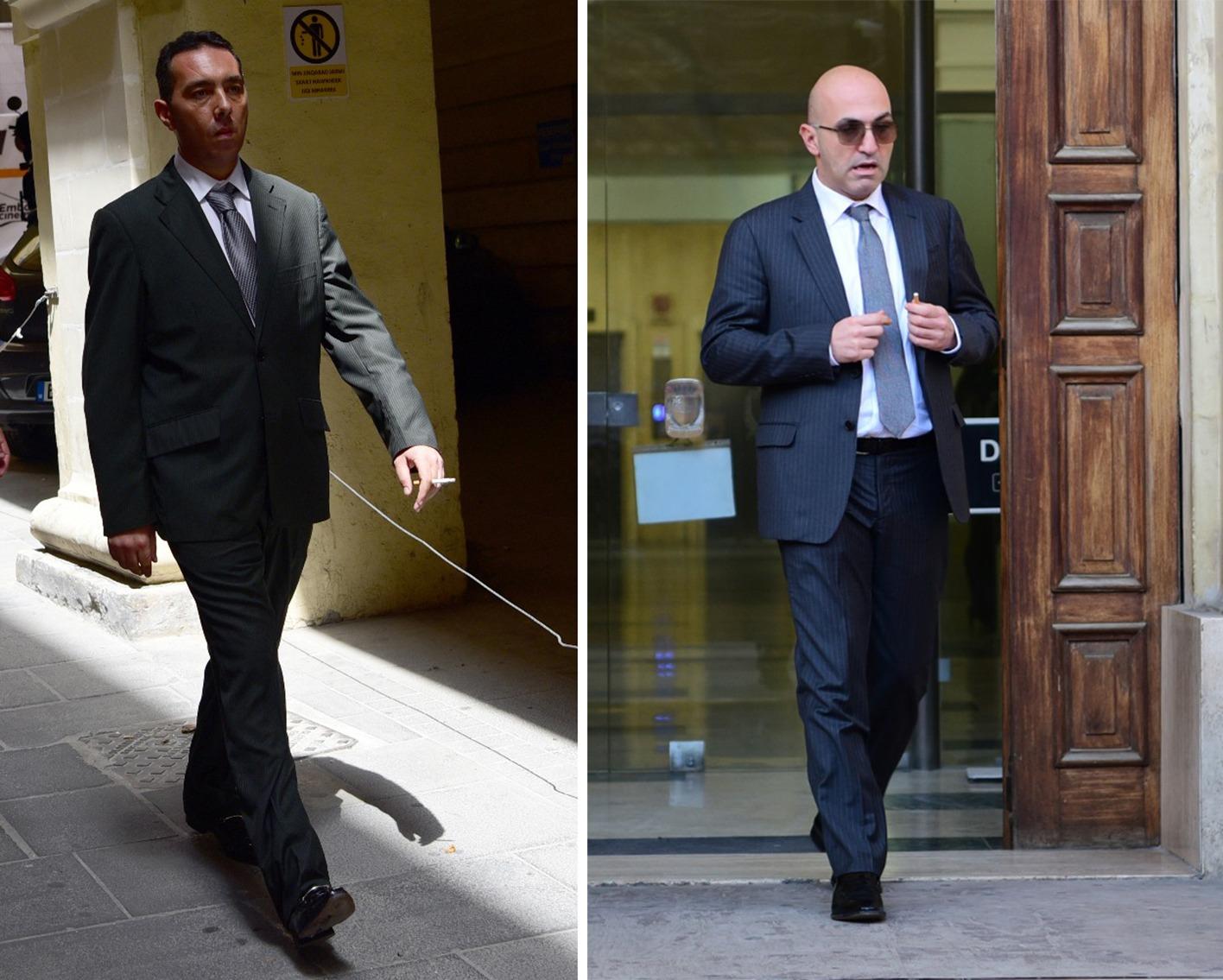 12.25pm Court is back in session. Lawyer Charles Mercieca is the first to speak.

He says the defence wishes to hear the AG first about Fenech's request for even evidence. He also wants to know whether the police inspectors hold the same position as AG in "objecting to it".

"It seems everybody must agree with AG because he is the AG," Mercieca says.

That remark elicits a loud objection by Galea Farrugia who is promptly silenced by the court.

These two men were colleagues until a few months ago.

12pm The case finally starts. The magistrate wishes to hear submissions about the preservation of data of individuals mentioned in the defence application.

Defence and prosecution say they have not been notified about the application filed on behalf of Melvin Theuma's relatives.

The court allows them to see the documents to get an idea.

The magistrate has retired to the chambers for the time being.

11.30am Yorgen Fenech has just been escorted into the court room, amid the usual tight security. Among those present are two of Caruana Galizia's sisters as well as Peter Caruana Galizia.

We understand Thursday's case will see legal submissions by the businessman's team.

The last compilation of evidence took place on August 31. These were the more salient points of that particular sitting: 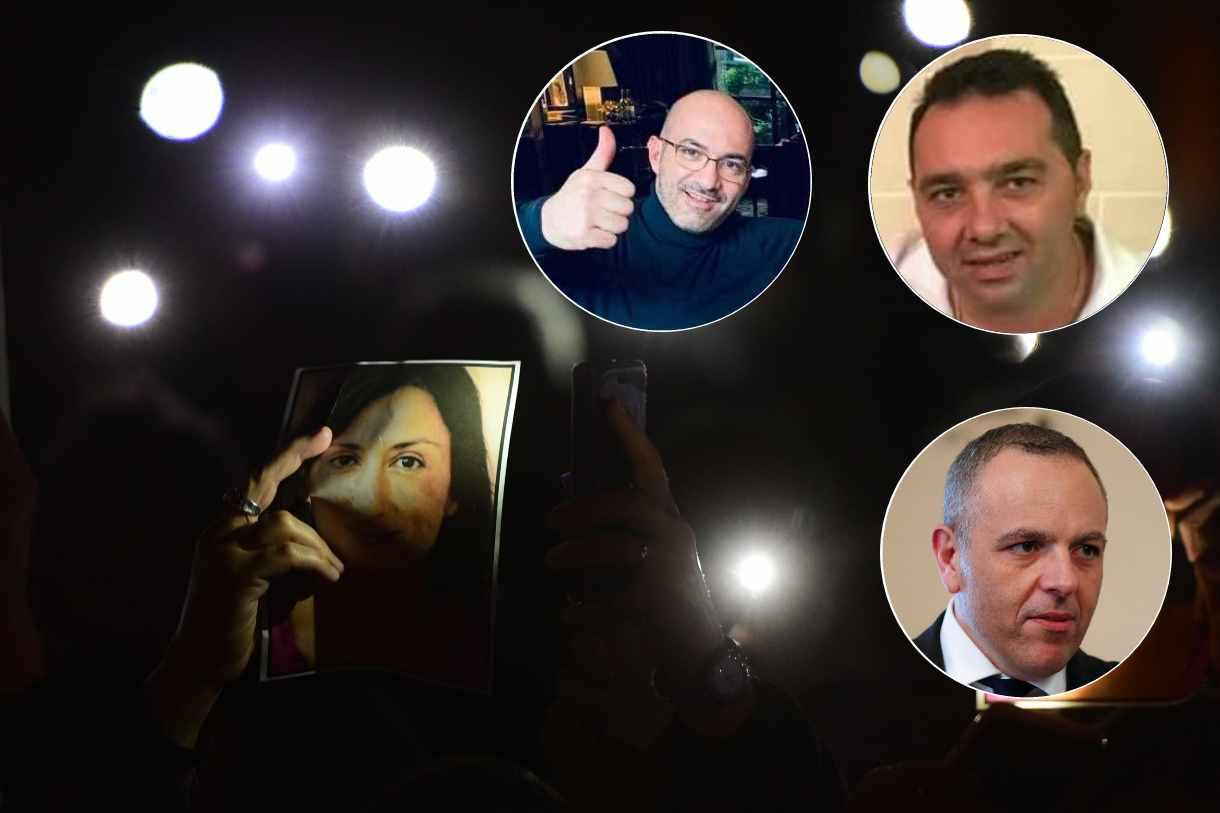 Clockwise: Yorgen Fenech, Melvin Theuma and Keith Schembri have been among the protagonists in the murder case.

Yorgen Fenech: the businessman charged with being the mastermind behind the murder;

Melvin Theuma: the self-confessed middleman in the murder;