Evidence against two soldiers charged with the racially-motivated murder of a man was given in court on Friday morning.

Francesco Fenech, 21, and Lorin Scicluna, 22, stand accused of having killed Lassana Cisse in a drive-by shooting in Birżebbuġa last April. They deny the charges of what is believed to be Malta's first racially-motivated murder.

10.42am: Testimony is suspended for today. The case will continue on May 28 when Insp. Arnaud will testify about the statement released by Fenech after his arrest.

Scicluna's relatives are seen hugging him in the court room before he is led out.

10.40am: On the day of the shooting, the suspects had some 1000 rounds of ammunition. Around 250 rounds were used at the range - after the crime, Scicluna threw the rest into the sea and bought a different brand of ammunition.

10.35am: The suspect told police they would sometimes drive through Ħal Far and hurl verbal abuse at migrants. One time they spotted a migrant walking along the street and they swerved the car to hit him, smashing the car windscreen in the process.

Read: A hit-and-run went unnoticed until a murder on the same road

Most of the time, the migrants would not react to the men's abuse but on one occasion, a man hurled rocks at the car and damaged it. He ran away on foot and the two soldiers proceeded to smash the migrant's bicycle. 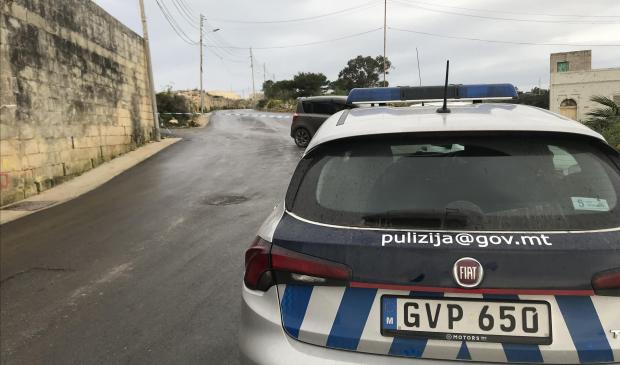 The site of the murder.

10.33am: That evening Fenech told Scicluna: "why don’t we try shooting a cat?"

They went to the barracks to look for a cat but found none. Fenech had a loaded weapon in his hand.

They spotted Cisse in the road, Fenech put his hand out of the window and aimed a shot.

"The first shot did not kill him. But after he fired the second shot, the migrant put a hand to his temple and slid to the ground. Lorin was angry and asked why he did it and nudged him to stop," Insp. Arnaud explains.

The first shot did not kill him. After the second shot, the migrant put a hand to his temple and slid to the ground

Fenech allegedly replied: "Shut up or I will shoot you too."

Driving down the road, Scicluna saw his friend shoot at another two migrants.

The next day the two heard the news: a migrant had been killed at Ħal Far.

Scicluna argued with Fenech saying he never thought his friend would shoot at a human.

Fenech is seen in tears in the courtroom.

10.26am: Details about the two suspects' connections are emerging in court. Scicluna said he got to know Fenech when the two joined the Armed Forces of Malta. Before then they sometimes met to shoot at cats and birds using his rifle.

10.22am: Scicluna eventually confessed to the murder, Insp. Arnaud says. He said he had been driving the car but it was Fenech who pulled the trigger. Police immediately arrested Fenech, who spoke to his lawyer on the phone before interrogation.

10.19am: At first, Lorin Scicluna distanced himself from the shooting, insisting with police he had no connection with migrants through his work as a soldier. But then he admitted he did not like them.

10.17am: On the night of the murder, Scicluna had been working at a pastizzerija in Attard, and Fenech was keeping him company. He closed the shop around 10pm and the two left together, Insp. Arnaud informs the court.

10.15am: Lorin Scicluna's girlfriend was approached by police and she told them her partner disliked migrants "għax iridu jikkmandaw huma" (because they wanted to run the show). Francesco Fenech also disliked migrants, she told police, and claimed she had long told her boyfriend not to stick around with him.

Scicluna was interrogated in the presence of his lawyer, Jason Azzopardi.

10.09am: Police traced down Lorin Scicluna. Under his bed were the firearms registered in his name, all boxed with ammunition. His car was towed to Safi barracks.

10.05am: Background checks on Lorin Scicluna showed he had four firearms registered in his name. One of them was a 9mm weapon, like the one used in the fatal shooting.

Stills from a commercial establishment at Bir id-Deheb taken minutes after the shooting showed the car stuck in traffic, bearing the same distinctive marks. One headlamp was brighter than the other and it had no side strip yet.

Lorin Scicluna also used a garage midway between his home and the place where the car was last spotted on CCTV.

10.02am: The inspector is exhibiting photos in court. Each photo bears the date and time taken from Transport Malta's system.

Lorin Scicluna had reported the number plates stolen earlier on.

10am: A day after the shooting, some features were added to the car. The missing mirror was installed, a dark stripe was stuck to the side and a sticker was added. The side strip consisted of three layers of electrical tape: a quick fix to alter the outer appearance of the car, Insp. Arnaud says.

9.58am: Investigators were working against time, fearing that the car could be burnt or destroyed to wipe out the evidence.

But they finally pinned the matching details to a car registered in name of Lorin Scicluna who lived in Paola.

The vehicle had been captured by the TM system several times and police could confirm the distinctive marks.

9.54am: By a process of elimination and thanks to the help of other cameras, the police concluded that the car probably stopped at Paola. Investigators then focused on cars of that type registered in the locality. Transport Malta's automatic camera plate recognition found in Aldo Moro Street was roped in to fine-tune the search.

The police checked each vehicle having similar distinctive marks.

9.52am: The car went down Triq tal-Ġebel, then Triq iż-Żurrieq, then drove into a one way street to Birżebbuġa, near Al Fresco restaurant, to Għar Dalam, onto Bir id-Deheb. It then went on to Tal-Barrani road, Triq il-Palma headed to Tarxien, and the main road onto Paola. It was last spotted in Triq is-Sorijiet, Paola. It headed straight on from that road, the inspector says. 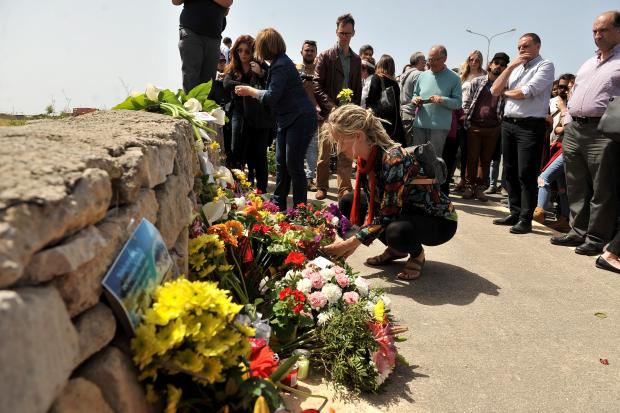 Mourners lay flowers on the spot where the migrant was shot dead. Photo: Chris Sant Fournier

9.48am: The car had distinctive marks - it had bright headlamps, the right lamp was brighter than the one on the left... and it had no number plates. The car had a side mirror missing.

More than 300 registered cars of the kind are found in Malta.

The suspect car was followed in its route in the aftermath of the shooting by means of CCTVs along the possible way. That was how the route was reconstructed.

9.46am: CCTV footage showed Cisse walking down alone towards Birżebbuġa, wearing a hoodie, just before 11pm. The only car that passed by some two minutes after him, was a white hatchback, Toyota Starlet, Insp. Arnaud explains.

No other cars drove down in the same direction before that.

"First Cisse went down, then the car, then 20 seconds later the two migrants appeared. They were seen suddenly turning their heads together, as though someone had called them. That was probably when they heard the shots in the dead of the night."

9.40am: The victim might have been heading home at the time since he seemed to be walking in that direction. He was carrying identification documents with him. The autopsy revealed Lassana Cisse had a bullet in his left temple.

The police did a background check with the foreign authorities and it resulted the migrants did not have any troubled backgrounds.

9.36am: One of the injured migrants said the persons in the car were white skinned, the driver was young, dark, and had a small moustache or a goatee.

9.34am: The injured migrants had moved to Malta from Italy for work. On the fateful night they had gone to watch a Spanish league match in Birżebbuġa and were on their way home. They told police they did not know the victim.

Suddenly a car drove by, slowed down. They heard two shots, then another two

"Suddenly a car drove by, slowed down. They heard two shots, then another two. One of them said it was a small white car. The shots came from driver’s side," Inspector Arnaud tells the court.

"They believed Malta to be a safe place. That’s what made them come to Malta."

9.30am: It was an Ecabs driver and a female driver who had spotted the bodies and called for help. Migrants immediately informed the police of the drive-by shooting.

9.25am: A corpse was covered with a white sheet. Blood was trickling out into the road with two 9mm cartridges found close to the corpse. There were two crime scenes close to each other - two other migrants had been injured. Four other cartridges were found on site. 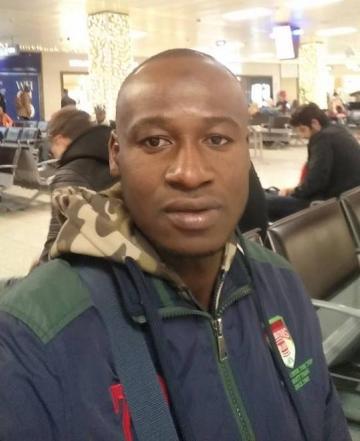 Each victim had been hit in the lower body by one shot. The victim was hit twice.

Cisse had been wearing headphones when he was shot - the music was still playing when Insp. Arnaud approached the corpse, a light flashing under the white sheet.

9.22am: Inspector Keith Arnaud takes the witness stand. He says on April 6 he was informed around 11.10pm of a shooting in Triq il-Ġebel, Ħal Far. It is the road which leads from the Jobs Plus headquarters to Birżebbuġa.

9.10am: Relatives of the accused gather in the court room, followed by the two suspects.

Mr Fenech is believed to have pulled the trigger on Lassana Cisse, a 42-year-old man from Ivory Coast. Two other migrants were also injured in the drive-by shooting. They are also being charged with another hit-and-run involving another migrant.

The two soldiers were suspended from their duties following a special order by President George Vella. An internal inquiry is ongoing.