The rule of law in Malta was under the spotlight on Tuesday afternoon as MEPs debated the issue in the European Parliament.

MEPs will also table a resolution expressing concern about Malta's inaction over the Panama Papers and its poor track record of convicting money-laundering suspects, among other things. The vote will take place on Wednesday. 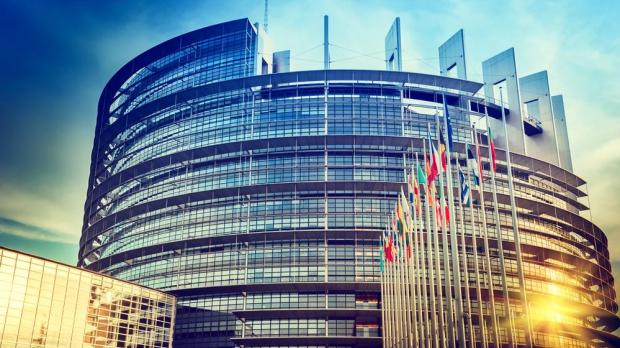 4.52pm And that's that. European Commissioner Cecilia Malmstrom takes the floor to start a debate on the intricacies of multilateral trade negotiations, as MEPs who attended the Malta debate gather their papers and file out of the plenary.

4.50pm Mr Maasikas wraps up the debate. He says polls suggest the Maltese people seem to have faith in their government and then tells members that "the EU is much better at dealing with political problems between member states, rather than within member states".

Nevertheless, he says, member states must adhere to the rule of law, the Estonian deputy minister says.

4.45pm Mr Timmermans (European Commission) makes it clear that he's not impressed by some MEPs playing at judge and jury and deciding who's responsible for Ms Caruana Galizia's murder.

"Let the investigation run its full course," he says.

He says various questions were put forward and assures the MEPs - "especially Mr Giegold" - that the Commission will investigate further and revert.

"But it is not on to start with a conclusion and look for facts to support that conclusion," he cautions.

He notes that other EU member states sell passports (or "citizenship by investment", as it's called) and says the Commission will be issuing a report on such schemes.

4.40pm This is bedtime viewing for the Prime Minister. It's 11.40pm in Hong Kong, where Joseph Muscat currently is, telling Asian investors about the benefits of Maltese citizenship.

4.37pm EPP vice-chair Paulo Rangel is the final speaker, and he does all he can to eke out every last second afforded to him.

Malta should be the bastion of the protection of human rights, rule of law, and independence of judiciary, he says.

"We cannot ignore the fact that the Panama Papers are directly linked with Maltese authorities, and nothing was made to protect her life against threats.”

4.33pm Francis Zammit Dimech describes a "surreal" situation, with those investigating the murder being the same ones who did those who went against her in her life.

4.30pm "Daphne Caruana Galizia was killed because she reported on the Panama Papers," says EPP MEP Michaela Sojdrava. No need for an investigation, then.  She describes "weakened state institutions" and appeals to Labour MEPs. "You must put pressure on your prime minister."

4.27pm Comparisons are odious, says S&D MEP Christel Schaldemose. "Malta is not Hungary, it is not Poland. It is in dialogue with the EU, it has stretched out its hand for help."

"We wait impatiently for the EC to look at laws that protect journalists, as we have proposed on several occasions," he says.

4.20pm S&D Ramon Jauregui Atondo expects justice for the murder of Ms Caruana Galizia, but says he sees no state links to the murder and cannot condemn the Maltese government for it.

4.17pm My German is rusty and the English translation is struggling to chug along, so I can't be quite sure what Monika Hohlmeier is saying. It doesn't sound good, though. Lots of talk of "black" and "money".

What happened in Malta has happened in every other country, but this is being used for partisan purposes- Mizzi

"What happened in Malta has happened in every other country, but this is being used for partisan purposes." Malta, says Ms Mizzi, is being scapegoated and the resolution's intent is to "bring Malta to her knees."

He then turns to Maltese MEPs who called their rivals "traitors" and says this is "unacceptable. They are doing their duty".

4.08pm Ana Gomes, another MEP who rose to prominence locally following the Panama Papers, says that Malta's problem stems not from its government, but rather from the country's deregulation.

This has turned Malta into a tax haven, she says.

4.05pm Just before we ran aground, the EPP's Werner Langer (who also chairs the EP's Pana Committee) was urging the S&Ds to "suspend the membership of Dr Muscat."

The group couldn't be taken seriously, he said, if it shed "crocodile tears" in the morning and then defended the rule of law in Malta in the afternoon.

4pm Oh dear. Technical problems with the live stream have tripped us up yet again.

3.55pm She's followed by another MEP, Miriam Dalli, who lists various laws the Labour administration has introduced since 2013 - from removing prescription on cases of political corruption to LGBT laws.

The EP is being too quick to condemn Malta, Dr Dalli cautions, and this haste without the need of an objective analysis "confirms the double standards adopted in Europe.”

3.52pm Back, just in time for Roberta Metsola.

"This house has become the last bastion for the people we represent," she says. "Joining the EU was our way of ensuring no politician would trample on our rights without having a European partner to help us."

Dr Muscat, she tells the plenary, "thinks he can intimidate everyone. But we will not be silent."

Muscat thinks he can intimidate everyone- Metsola

3.45pm David Casa's turn to speak, and the EPP MEP begins by saying that "the rule of law collapses when a bank launders the money of Azeri dictators and is still allowed to operate."

Unfortunately gremlins appear to have nibbled into the EP live stream, cutting off Mr Casa and leaving us none the wiser about the rest of his intervention. We're looking into the problems.

3.40pm  Malta is like the TV series Narcos, says ENF MEP Georg Mayer. Narcos, for those of you who are not Netflix subscribers, fictionalises the life of Colombian drug baron Pablo Escobar.

3.35pm ALDE's Louis Michel wasn't impressed by Dr Sant's intervention, and accuses him of "downplaying" concerns. He pushes for Malta to join the EU Public Prosecutor's Office - Malta is one of five member states to turn down the invitation, with the government saying its position was based on cross-party agreement.

3.30pm Alfred Sant takes the microphone, and he naturally defends the government.

Claims against Malta are based on "jumbled facts and semi-facts. Unproven allegations, innuendos and issues irrelevant to the rule of law."

Accusations have been "brewed like instant coffee," he angrily says, telling the plenary that the Maltese government has repeatedly invited delegations and scrutiny.

And after a few nudges by the speaker - "wrap up, Mr Sant" - he does just that.

Malta is governed by a criminal gang- Ferrand

Malta is "governed by a criminal gang" says Edouard Ferrand of the Europe of Nations and Freedom Group.

Christian Democrat MEP Frank Engel - This murder is one of the consequences of the collapse of the rule of law in Malta. Created atmosphere in which such a heinous crime could take place.

He slams Maltese government for holding EP "in contempt" and says even the Hungarian government has shown the plenary more respect.

3.25pm Raymond Finch for the EFDD says this scrutiny cannot be turned into an "oyster knife" to open up Maltese institutions, but rather to rid Malta of crime.

3.24 Conservative MEP Monica Macovei says "we will not be silenced", right before her time runs out and she has to stop talking.

3.22pm Green MEP Sven Giegold - no stranger to local newspaper headlines - says the Council has yet to answer questions posed about the rule of law. He then goes on to address a series of cutting questions at Commission representative Mr Timmermans.

- Malta's igaming success is based on "hyper-low" taxation, Mr Giegold charges, saying there is a "hole" in existing laws.

- Why do Nexia BT and Pilatus Bank still have licences in Malta?

3.20pm ALDE's Maite Pagazaurtundua Ruiz (what a mouthful) says "Mr Juncker should suspend his friendship with Mr Muscat". Are they really friends, though?

3.15pm The EPP's Esteban Gonzalez Pons and S&D's  Tanja Fajon are the first two MEPs to speak, and unsurprisingly, they see things rather differently.

Mr Pons is horrified by events and says the EU must act to uphold its values. Ms Fajon says she too has some concerns, but that the EPP position is "exaggerated".  She then waves away a blue card - a request for a question - from another MEP.

3.10pm Frans Timmermans opens by saying Malta "needs to show Europe its rules and regulations are healthy and robust" and telling MEPs that he uses every chance he has to remind Maltese authorities of this.

He then says something which the local financial services sector will welcome: a Commission review found "no general concerns" about Malta on overall compliance with anti-money laundering rules, though improvements could be made.

3.04pm It would have been pretty awkward if this debate was taking place six months ago, when Malta held the Council presidency and a government minister would have been filling Mr Maasikas' shoes.

3pm Estonian minister Matti Maasikas will kick off proceedings as a representative of the European Council, with Commission first vice-president Frans Timmermans going next. MEPs will then take it in turns to have their say.

2.55pm Can't be bothered poring over the EP resolution text? Here's the condensed version, whittled down to a few key points:

- They have "serious concerns about the rule of law, democracy and fundamental rights, including freedom of the media and the independence of the police and the judiciary" in Malta, borne out of "developments in recent years."

- More scrutiny from Brussels into Malta's cash-for-passports scheme, and more transparency about who bought a Maltese passport

- The European Commission to "establish a dialogue" with the Maltese government about the functioning of the rule of law here.

2.50pm 10 minutes before the start of proceedings, and the first few attendees have started trickling into the European Parliament's plenary in Strasbourg.

The word on the grapevine is that MEPs from all major groupings bar the S&Ds will vote in favour of a resolution expressing some pretty wide-ranging concerns about the state of affairs in Malta. No wonder Alfred Sant came out so strongly last weekend.