A teenage migrant has told a court how he was hit by a car and left for dead on the same road that another migrant was later gunned down in an apparent racist attack.

May Malimi, from Chad, gave evidence against two soldiers charged with the racially-motivated murder of Lassana Cisse Souleymane, in April.

Francesco Fenech, 21, and Lorin Scicluna, 22, stand accused of killing Mr Souleymane, 42, in a drive-by shooting in Birżebbuġa. They deny the charge.

They are also charged with the attempted murder of two more migrants in a separate shooting on the same day, and in relation to the alleged attack on Mr Malimi.

During Wednesday's hearing, the 19-year-old described how he was walking from Birzebbuga to Ħal Far sometime between 8pm and 9pm on February 3 when he was hit by a car.

He remained on the ground alone for an hour, unable to move, with pain in his head and arm, he told the court.

Eventually, he managed to get up and shuffle along until he met two people, who accompanied him to Ħal Far where he was taken to hospital by ambulance.

Mr Malimi had been living at the Ħal Far detention centre at the time of the incident. He has been in Malta since June 2018 after being rescued at sea.

The court also heard from three Welfare of Asylum Seekers (AWAS) workers, who described how he was brought in to the centre propped up by two other residents.

Initially the residents told officials Mr Malimi had been involved in an argument in Birżebbuġa, but the victim contradicted them, saying: "No, a car hit me."

12.18pm That's all from today's evidence. The case has now adjourned and will resume on September 18. Before the case was adjourned, Dr DeMarco asked if there were other civilian witnesses.

The inspector said there would be and named Lorin Scicluna's girlfriend.

12.15pm: A ballistics expert has been appointed to test fire the weapon that was seized. 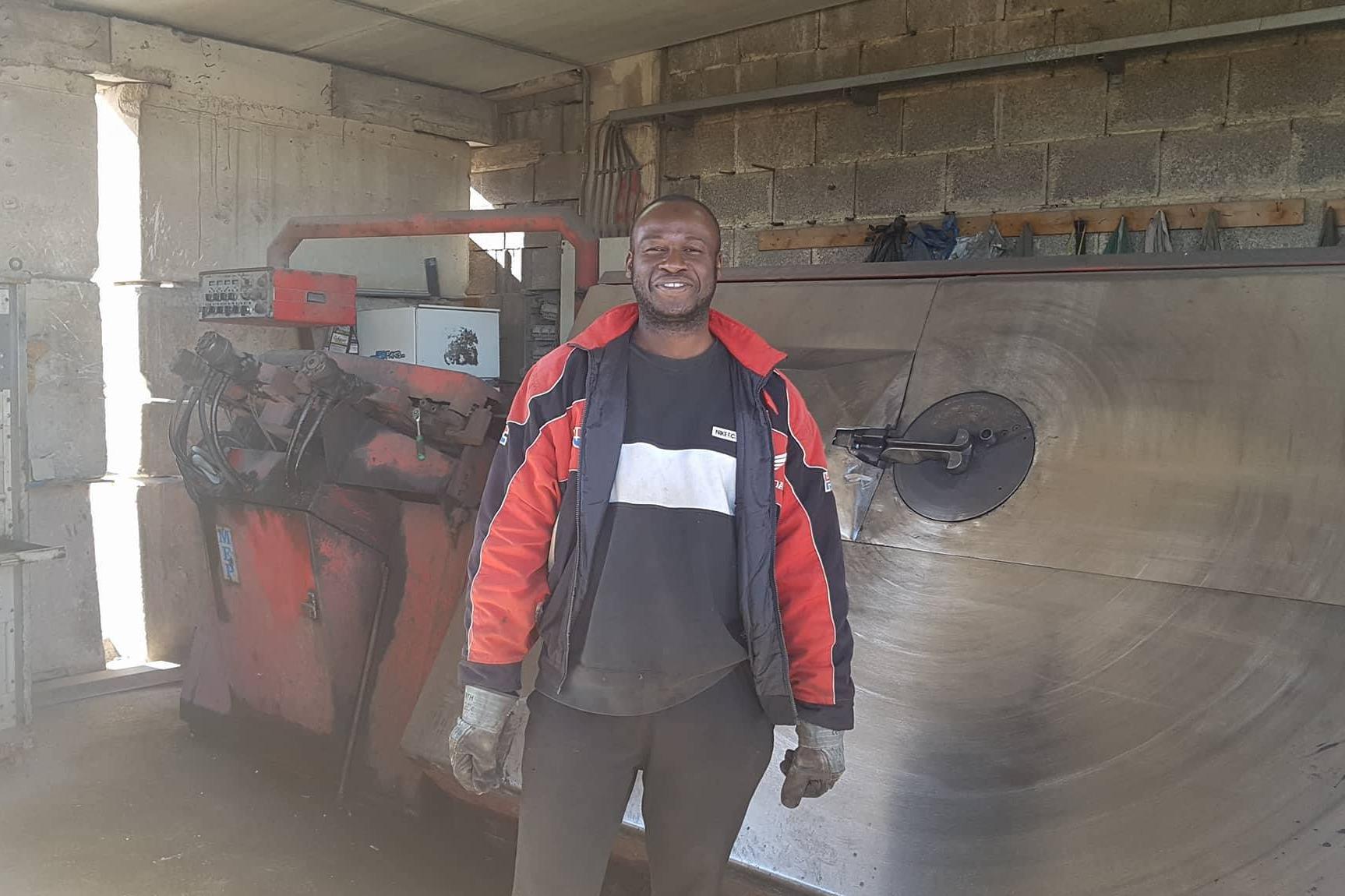 12.03pm: A third AWAS support worker, Carmen Cutajar, takes the stand. She explains that she, too, was on night shift on February 1 between 7pm and 7am.

She confirms the same facts as her colleagues and describes how the login system works, noting that all details including medicines administered to injured people are inputted.

Ms Cutajar explains that Malimi had told officials, after slightly recovering, that he had been hit by a car.

Asked if he gave any other details, she replied: "I don’t recall. All he said was that he had been hit by a car."

In cross examination, she says she did not witness the incident but was present when Mr Malimi was brought to the Ħal Far tent village.

She said a colleague inputted the details but that all the workers were present in the office at the time.

11.58am: Another Welfare of Asylum Seekers (Awas) official Judy Camilleri takes the stand. She said she was a support worker at the so-called tent village for the past 8 years.

On February 1 she was working over time on the night shift. Around 10pm security turned up at office with two residents holding up another resident, she said.

They said he had been involved in a fight but May Malimi had contradicted, saying: “No a car hit me."  Police on duty at the centre had called for medical assistance and the ambulance arrived around 10:35pm.

Did Mr Malimi say anything else in the interval? No, the witness replies. She confirms the login document which is routine work both during day and night shift.

11.45am The hearing is now resuming and Ramona Grech, a support worker at the Agency for the Welfare of Asylum Seekers (Awas), is next to testify.

On the day of the hit-and-run incident, she was on the night shift at Ħal Far with four other support workers.

She said two migrants, also resident at Ħal Far, who had helped Mr Malimi to the centre, said he was hurt in an argument Birżebbuġa. But he had contradicted them, saying he had been hit by the car.

He had a “big blow” to the head and blood on his face, and gave no details of the incident or the car involved in the hit-and-run.

Ms Grech says the support workers called a coordinator and the Birżebbuġa police station; an ambulance arrived within 20 minutes and details of the incident were logged in line with standard procedure.

Hearing on hold while other case is heard

11.20am May Malimi has left the stand and the court has taken a short break while Magistrate Ian Farrugia attends to an arraignment. He is presiding over this case, but also happens to be duty magistrate today.

Witness told not to leave Malta

11.15am Defence lawyer Stephen Tonna Lowell asks for a court order ensuring that the defence is informed should any witnesses - including May Malimi - be set to leave Malta. He bases his request on recent reports of migrants leaving Malta under EU relocation deals.

He says any such witnesses, even if they have already testified, should not be allowed to leave Malta before they have testified in full. The magistrate asks the prosecution to ensure that no witnesses leave the country.

Mr Malimi asks whether this means he will be forced to remain in Malta: the magistrate explains that the court order would not stop him from leaving for a short time, but that if he has any plans to relocate and start a life elsewhere, he should inform the authorities.

“If he has anything of the kind in mind, he should tell us so that we do not cause him to miss that chance,” the magistrate says. 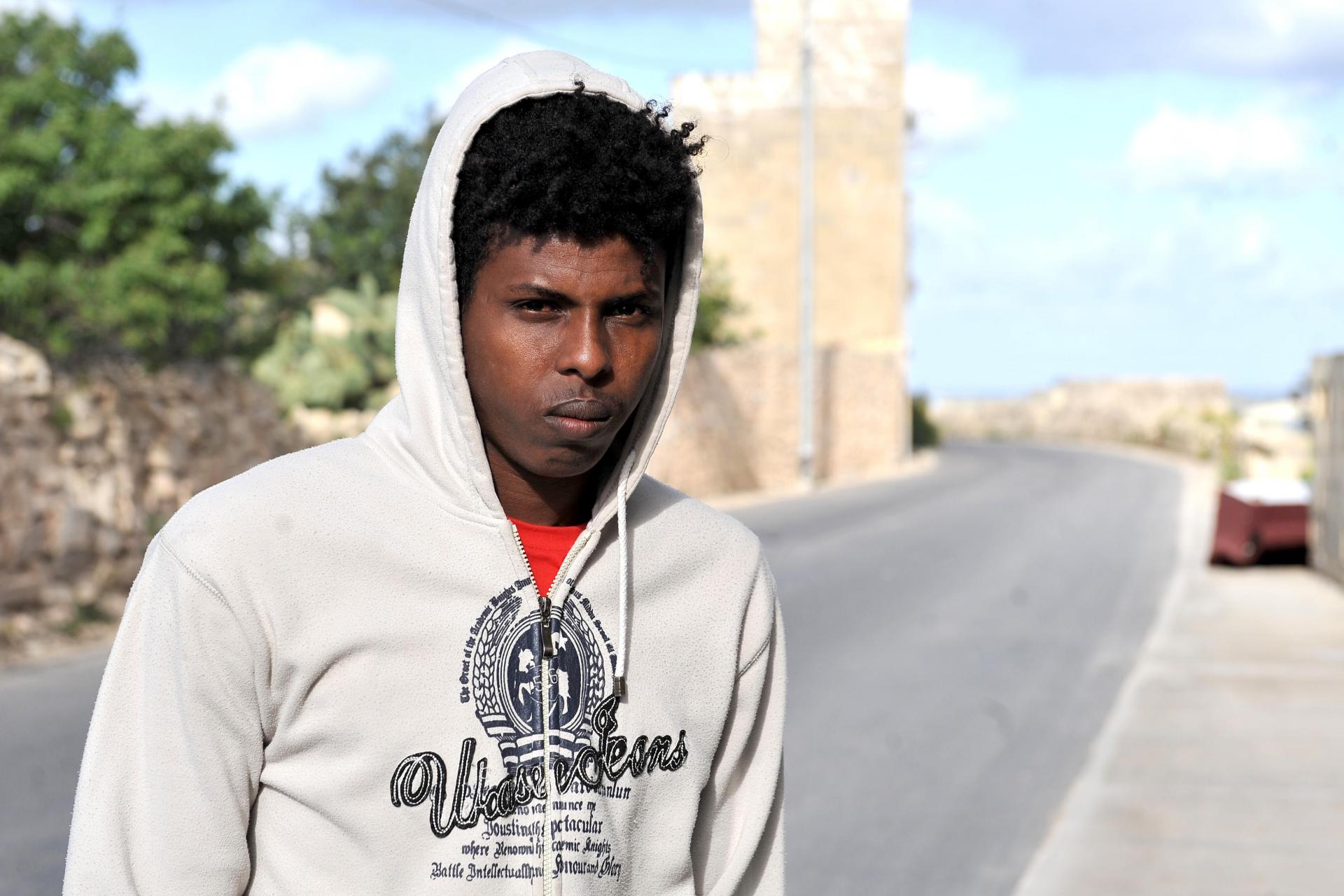 May Malimi pictured earlier this year. He told a court he was still left with injuries from the hit-and-run in February. Photo: Chris Sant Fournier

11.05am May Malimi says he was in hospital for some time - he cannot recall how long - and that he was told his arm was fractured and that he would need surgery.

After being discharged, he was told to go to St Luke’s Hospital for further check-ups, which he did for 20 days. He still suffers pain in his shoulder.

There is some querying of the date of the incident - hospital records say it was February 1, two days earlier than Mr Malimi indicated.

He also clarified when asked that he had taken no alcohol or any other substances before the incident.

Asked whether he recognises anyone in the room, he says that he knows the accused’s faces only from news reports.

10.55am May Malimi says he has been in Malta since June 2018 - he was among those rescued and brought in on the Lifeline - and lived at the Ħal Far detention centre at the time of the incident on February 3.

He says he had been walking from Birzebbuga to Ħal Far when he was hit by a car sometime between 8pm and 9pm, on the same road where the murder took place.

He remained on the ground alone for an hour, unable to move, hurt in the head and arm. Under questions from prosecuting Inspector Keith Arnaud, he says he did not see the car and cannot recall any details.

He eventually managed to get up and shuffle along until he met two people, who accompanied him to Ħal Far where he was taken to hospital by ambulance.

10.45am After some more to-and-froing between Inspector Keith Arnaud and the accused's lawyers, May Malimi, a 19-year old from Chad who was attacked in an earlier hit-and-run incident on the same Birżebbuġa road, takes the stand. He speaks Arabic and French and will be giving evidence through an interpreter. Francesco Fenech looks at the witness as he steps up, hands clasped in his lap, while Lorin Scicluna continues to look down, never lifting his gaze.

10.35am The magistrate has dealt with another case while we have been waiting for the hearing to begin.

Inspector Keith Arnaud, prosecuting, presents a 47-page timeline containing snapshots from all CCTV cameras in chronological order, before and after the murder, as well as satellite images showing the location of the cameras.

The footage shows the VW Golf and Toyota Starlet used in the crime driving to Lorin Scicluna's garage, people getting out of it and subsequent activity. Defence lawyer Giannella DeMarco asks whether the inspector had the court's authorisation to prepare the document.

The inspector says there was court authorisation for the footage, and that the document was compiled as part of the police's work to better understand the chronology of the incident in a simplified manner. 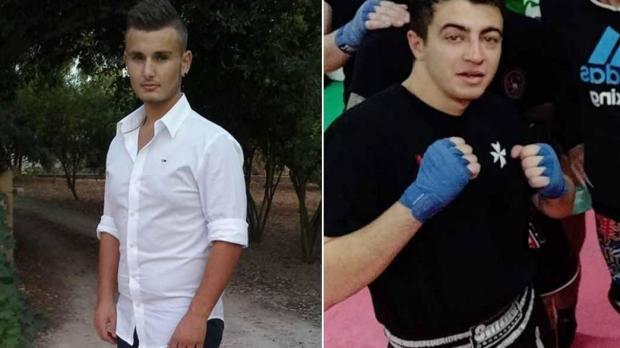 10.25am We are still waiting for the hearing to begin. Francesco Fenech has just arrived, together with his parents. Magistrate Ian Farrugia, who is presiding, comments on the delay in escorting the accused to the court: "What are we to expect when we have eight halls in full swing?"

Alfred Abela is today appearing parte civile, while Nadia Attard from the Attorney General's office is assisting Inspector Arnaud, who is prosecuting.

10.15am Lorin Scicluna has just arrived in the court where his parents have a quick word as he takes his place at the dock. All three are holding back tears.

Inspector Keith Arnaud, who is prosecuting, informs the court that a migrant involved in an earlier hit-and-run incident is to testify, as well as three officials from the Agency for the Welfare of Asylum Seekers, who were on duty on the day of the shooting