Yesterday the world marked International Migrants Day. But some asylum seekers who have lived in Malta for years have nothing to celebrate because they have the threat of deportation hanging over their heads. Sarah Carabott interviewed one distressed mother.

The threat of being sent back to a place that wanted her son dead is as painful as having her heart ripped out.

So confesses a Nigerian woman who has lived here for eight years, had her children here and is also studying for a job.

Janet* was, until a few weeks ago, grateful for the protection and peace of mind that the island has afforded her. Both of her children are being fostered, as she cannot afford to provide them with the environment that she believes is best for them, despite working legally since being let out of detention.

She has managed to invest in life insurance for both her children and spends the weekends with them, while also financially contributing towards their upbringing.  And the parents taking care of her boy and girl are the family she never had.

But the government is now asking current holders of a certain type of Temporary Humanitarian Protection, like her, to request documentation from their home country in order to gain residency and stay in Malta.

This is something many will not be able to provide. Janet is in such situation and has no idea where to start looking.

She was already seven months pregnant when she landed in Malta in 2008. She left Nigeria after being ousted by her family when she refused to abort her son conceived out of wedlock.

“Never in my life did I plan on coming to Malta. I just wanted to save my son. Thanks be to God, I was rescued and had the boy,” she says in a voice that sometimes breaks.

Speaking to this newspaper just weeks after the government announced it was reviewing the protection system, the strong-willed woman becomes emotional when speaking about her children.

It’s like I was blind and they gave me a pair of eyes. Then suddenly they want to take them back

Janet only learnt about the government’s plans through the media. Initially she thought it was a rumour, because she had been told something similar in 2010. Back then she did not yet have any type of protection and was considered a rejected asylum seeker.

So when she was told that people were being sent back, she was not as concerned as she is today, considering she had no protection and had been here for only two years.

But the scenario is completely different now.

“It’s like I was blind and they gave me a pair of eyes. Then suddenly they want to take them back. Why did they give me the eyes in the first place? Isn’t taking them back inhumane?”

Janet believes that everyone has a conscience but not everyone knows how to use it. She hopes that policy makers find the time to sit down and think it through before taking any drastic decisions.

Arms outstretched as if her son was sitting in front of her, she says it’s though she had just bought him some playdough “and then, all of a sudden I say: you cannot touch that playdough. Can you imagine how he would feel?”

“That’s what has happened to me. I appreciated the granting of the THPn, but taking it away from me now feels like they are ripping my heart from my body.

Janet loves Malta for the security it has provided her so far. She is grateful for being able to work, even though she receives no social benefits despite paying taxes and social security. She keeps up with her rent, has a good conduct record and has found great support… but is now starting to regret ending up here.

She insists she never expected the government to give her financial assistance. The only thing she hoped for was security.

“If they don’t do it because of us, they should do it for the sake of the children. This country says it’s Christian. It has to act like one.

Sometimes she wonders whether all humans were created by the same God.

“God bless the hearts of those who understand us. I still hope God will touch the heart of the others so they understand that we are not a liability. On the contrary, we contribute to the development of the country, because once you live somewhere, you have to work for the betterment of that place.”

Janet is trying her best to improve her condition. She has paid €700 to take a course in one of the caring professions.

“Once I start working, who is going to benefit? Instead of being shown gratitude, we are being showing attitude,” she says. The feeling she has is of being used.

Janet’s frustration is echoed by several others – including Maltese who know of or are related to someone being threatened with deportation. Integra director Maria Pisani said the NGO was overwhelmed with people expressing anger and disappointment.

Ms Pisani says that THPn was granted to those who, through no fault of their own, could not be deported. They also had to demonstrate that they were making an effort to integrate. “One of our key concerns is that the State granted protection and access to rights, and is now taking that away. While we acknowledge there was a need to review the THPn, we are calling for a clearer route to regularising and enhancing the access to rights, rather than taking rights away.”

Maintaining the current state of limbo did not benefit anyone. It only generated more fear and drove people underground, she said.

Janet’s fear of deportation is palpable. She believes returning to Nigeria is a huge risk for her and her children, who do not even know the language of that country.

“Which family am I going to meet there? The one that threw me out? If I was safe there, I would have never run away. Who would flee their country if they were safe there?”

*Name has been changed

‘The height of cruelty towards mankind’

An employer’s point of view

The uncertainty of the potential deportation of one of his employees is a source of great distress, worry and apprehension for Peter Valentino.

“Ours is a small business – Cheki is one of three. Removing him will deplete us of a third of our work force and it will separate us from someone who has become, since a while, a de facto family member.” 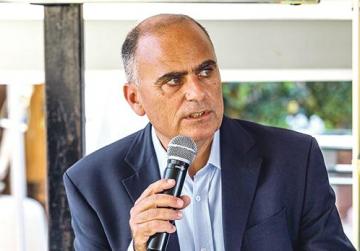 Cheki was born in a small remote village in Mali and has been living in Malta for eight years. His role at Mr Valentino’s family business entails selecting and stacking timber, and servicing clients.

“He’s hard working, liked by all of us and better still, by our clients, some of whom ask specifically for his assistance.”

Cheki and Mr Valentino only became aware of the review through hearsay and media reports. On the same day that some of his Malian friends were rounded up and taken to the Safi detention centre, Cheki did not dare leave home as he was scared of cycling to the office.

Mr Valentino believes life for people like Cheki has been hard enough. After fleeing Mali twice, he made it to Birżebugia in 2008 and he remains full of praise for the army and the police. When Mr Valentino first met Cheki, he was suffering from malnutrition and his clothes were in tatters.

Despite being a taxpayer, Cheki has been denied a bank account and was nicely but firmly told his healthcare could not be covered by the State since he is not a Maltese citizen. “It’s been struggle after struggle,” Mr Valentino explained.

He questioned whether the island was living up to its fame as hospital of the Mediterranean, something the Maltese took pride in.

Sending Cheki back to Mali at this stage would be “the height of cruelty towards mankind”. He speaks Maltese and English, has numerous friends… and a family – Mr Valentino’s.

If Malta’s decision to review the system stemmed from an EU suggestion, then the Maltese should be strong enough to put morality first, he insisted.

“I can agree that Malta can, as from now on, decide to stop hosting economic immigrants. However, the ones who are here, especially those who have been here for a length of time, should be granted citizenship without further turmoil and aggravation.

“As a concerned friend rightfully told me: These human beings are being treated just like an illegal importation of merchandise.”

Why so many migrants are worried

The Temporary Humanitarian Protection – New Status for rejected asylum seekers, known as THPn, will be halted as from next year.

This is a form of regularisation granted to those who “through no fault of their own” cannot be returned to their home country.

THPn applicants were required to fulfil criteria such as employment, independent housing and fiscal contributions to gain this type of protection and would have arrived here until 2008.

According to NGOs, there were nearly 1,000 people with THPn in 2015. Their status will only be renewed until October 2017 – less than a year away.

Until then, they are expected to procure required documentation from their country of origin that would allow them to apply for a residence permit covering their stay in Malta beyond that date.

NGOs are insisting that hundreds will be required to comply with requirements that the ministry knows they are unable to meet, as several countries of origin (Eritrea and Ethiopia, for example) refuse or are unable to provide these documents.

News of the THPn review emerged at the same time that a group of men were rounded up by the police and placed in detention. The ministry said this arrest was unrelated to the changes.

In the meantime, 23 human rights NGOs have even drawn up a position paper on THPn. Just this week, a petition was launched by the Department for Inclusion and Access to Learning within the Faculty of Education at the University of Malta, insisting that the potential deportation would have a negative social and economic effect on Maltese society.

On Republic Day, President Marie Louise Coleiro Preca insisted that Malta should continue to host all those who live among us, or those who come to visit us, with the utmost love and respect.

What about those with a family here?

The discontinuation of THPn status does not mean that current holders will not be able to remain in Malta, according to the Home Affairs Ministry. When contacted, a spokeswoman said that if they fulfilled relevant residence conditions, including employment, they would have the possibility of obtaining a residence permit.

Asked whether the ministry had taken into consideration the fact that some people who fell under this category have settled down and may have a family here, the spokeswoman said it was envisaged that a number of current THPn holders might be able to obtain a residence permit.  Meanwhile, those who believed they should be able to stay on humanitarian grounds will be able to apply for THP, Temporary Humanitarian Protection.

But would those with a long-term partner or a family here qualify for such protection?

“No, having a long term partner or a family in Malta does not qualify a person for THP. This may be awarded to minors, people who should not be returned due to medical considerations or for other humanitarian reasons, depending on the specific circumstances of the case.”