Her position is the polar opposite of how she started out, as the Liberal Democrat-supporting daughter from a family of progressives, who opposed the monarchy and Brexit.

Her self-styled lifelong political "journey" has prompted criticism that she lacks genuine conviction and prioritises power over ideology.

But her straight-talking style, calls for a smaller state and championing of free trade have proved popular with grassroots Conservatives.

Truss, 47, campaigned on a platform of slashing taxes and bulldozing bureaucratic "orthodoxy", particularly in the finance ministry where she once worked.

"For a party that's gone in a quite populist direction in recent years, she's been able to present herself as more authentic, more ordinary," said Tim Bale, of Queen Mary University of London.

"She sets herself up as, despite having been in government for eight years, almost outside that establishment and therefore the kind of person that you can rely on to represent you against that so-called 'blob'." 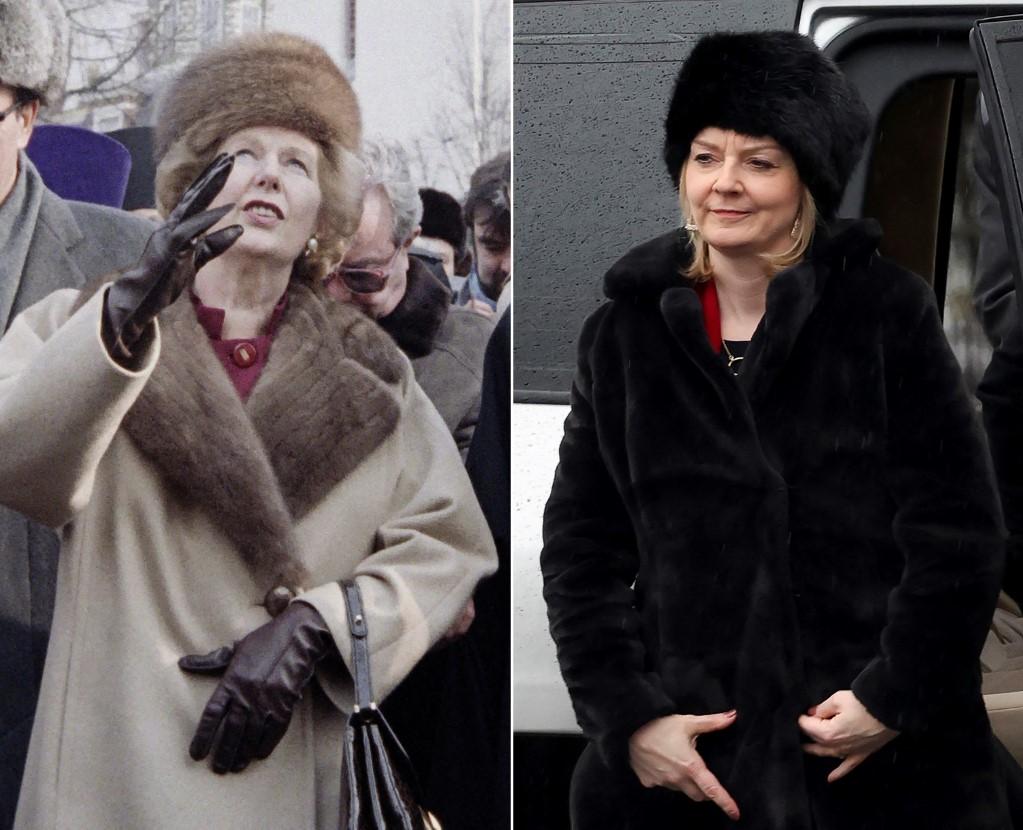 To Truss's admirers, her campaign was built on sincere long-held instincts and beliefs.

"She's always been outspoken. She's always been a disrupter," said Mark Littlewood, head of the Institute of Economic Affairs think-tank and a former member of Oxford University's Liberal Democrat club with Truss.

"You really need to understand Elizabeth Truss as a kind of free market liberal," he told AFP.

Truss's rise to become the UK's third female prime minister has inevitably led to comparisons with the first: Margaret Thatcher.

As foreign secretary for the past year, Truss has been pictured riding atop a tank and sporting a Russian fur hat in Moscow, just like the Tory icon.

But she has batted away any suggestion of a deliberate visual ploy.

Yet like the "Iron Lady" she is faced with the daunting task of leading the UK out of decades-high inflation, a worsening cost-of-living crisis and industrial action.

Financial Times political commentator Robert Shrimsley believes Truss is the heir not to Thatcher but to Boris Johnson's "cakeism" doctrine, being "pro having cake and pro eating it". 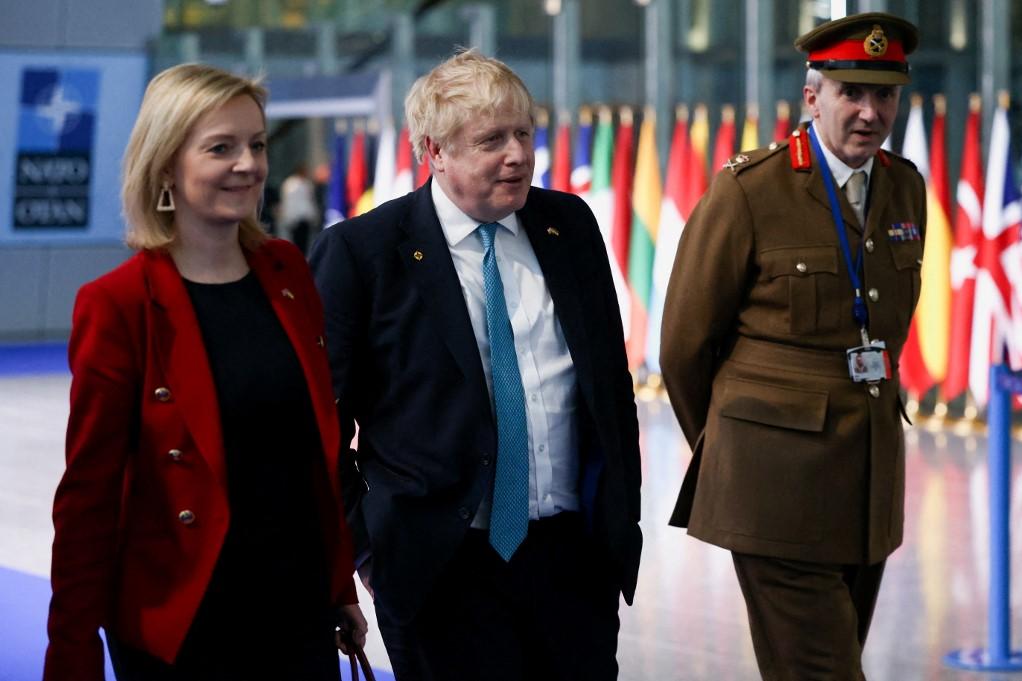 She was, he wrote, the choice of a Conservative party that "dislikes hard choices" in contrast to her beaten rival, former finance minister Rishi Sunak, who campaigned for fiscal discipline.

As foreign secretary, Truss spearheaded a raft of trade deals following the UK's divorce from the European Union.

Truss has branded her initial opposition to Brexit a mistake, despite growing evidence of its economic costs, and has repositioned herself as a champion of the cause.

Issues around new trade arrangements in Northern Ireland are causing friction with Washington and Brussels and could prove problematic early in her tenure.

On the international stage, she has also forcefully confronted Russia's invasion of Ukraine.

But her initial encouragement of Britons to fight there was slapped down by the military establishment, and fuelled criticism that she lacks judgement.

Johnson's former top aide Dominic Cummings likens her to a "human hand grenade", and some MPs have accused her of excessive self-promotion.

Truss admits to not being the "slickest presenter". She is still mocked online for a bizarre speech she gave as environment minister in 2014, offering impassioned support for British cheese and pork.

Truss grew up first in Scotland and then in an affluent suburb of Leeds, northern England.

Her mother was a nurse, teacher and campaigner for nuclear disarmament who took her on protests, and her father was a left-wing maths professor.

That prompted a backlash from teachers,  contemporaries and locals who accuse her of inventing an "insulting" backstory to curry favour with the Tory right.

Despite the school's supposed failings, she went on to Oxford, where -- like Sunak -- she graduated in philosophy, politics and economics. 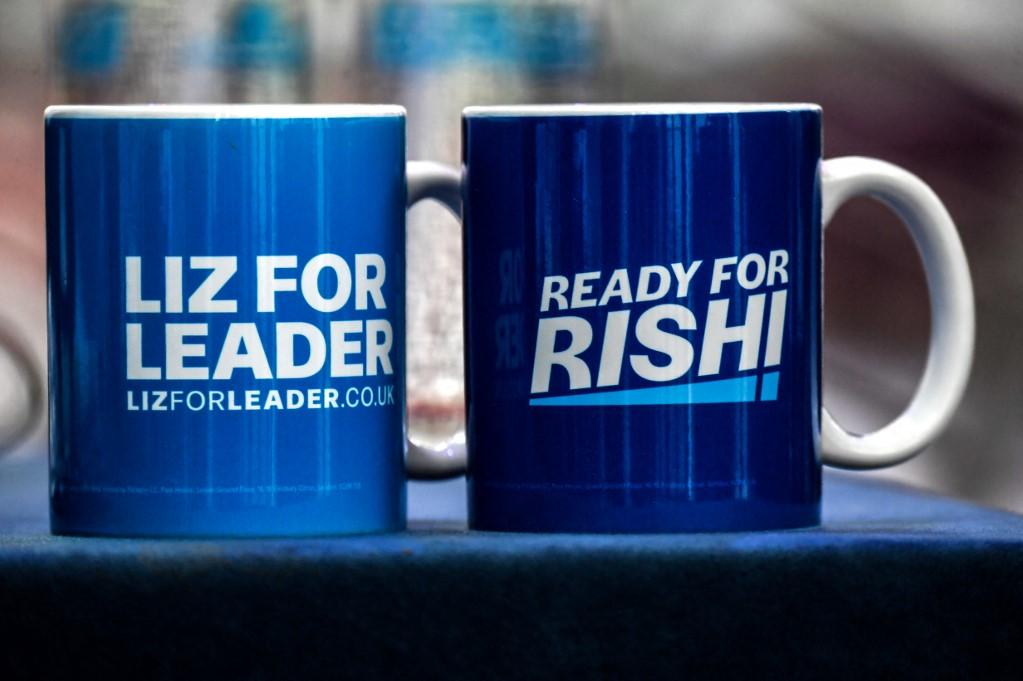 Liz Truss and Rishi Sunak faced off in the campaign to be leader of the Tory party. Photo: AFP

At Oxford, she was president of the university's Liberal Democrat branch. At the party's national conference in 1994, she gave a speech calling for the abolition of the monarchy.

"I was a bit of a teenage controversialist," Truss admitted during campaigning.

By her own admission, her switch to the Conservatives shocked her parents, but she says her beliefs had evolved.

A recent Times profile said her parents have been dismayed as she rose through the Tory ranks and were left unable to discuss their daughter with others.

After university, Truss worked in the energy sector, including for Shell, and telecommunications before entering politics a decade later.

She was a local councillor in southeast London for four years and became an MP in 2010, part of a new generation of women and minority candidates encouraged by then party leader David Cameron.

He faced down protests from the local party in the agricultural South West Norfolk constituency after it emerged that Truss had been having an extra-marital affair with a fellow Tory.

Her critics were dubbed the "Turnip Taliban".

Truss's marriage to an accountant survived the episode. They have two daughters.