Several artworks by Maltese artist Giorgio Preca, which have just landed in Malta from Rome, will make their first public appearance in an exhibition later this year after they were loaned to Heritage Malta by the artist’s family.

The collection consists of imaginative themes, abstracts, still-lifes and landscapes in the distinctive idiom mastered by Preca, considered by many post-war artists as one of the finest local exponents of modern art.

The artworks, some of which were created in Rome - Preca’s home from 1956 until his demise in 1984 – include 21 paintings, four drawings and six ceramic objects he used for his still lifes.

The upcoming exhibition, scheduled for December and running for several months, will also showcase Preca’s self-portrait, which Heritage Malta had acquired in 2019.

Pioneer of modern art in Malta

Many art historians have acknowledged Preca’s major role as “a pioneer of modern art in Malta”, Heritage Malta said.

He will always be considered an important and innovative artist, particularly in his treatment of controversial topics such as aliens. 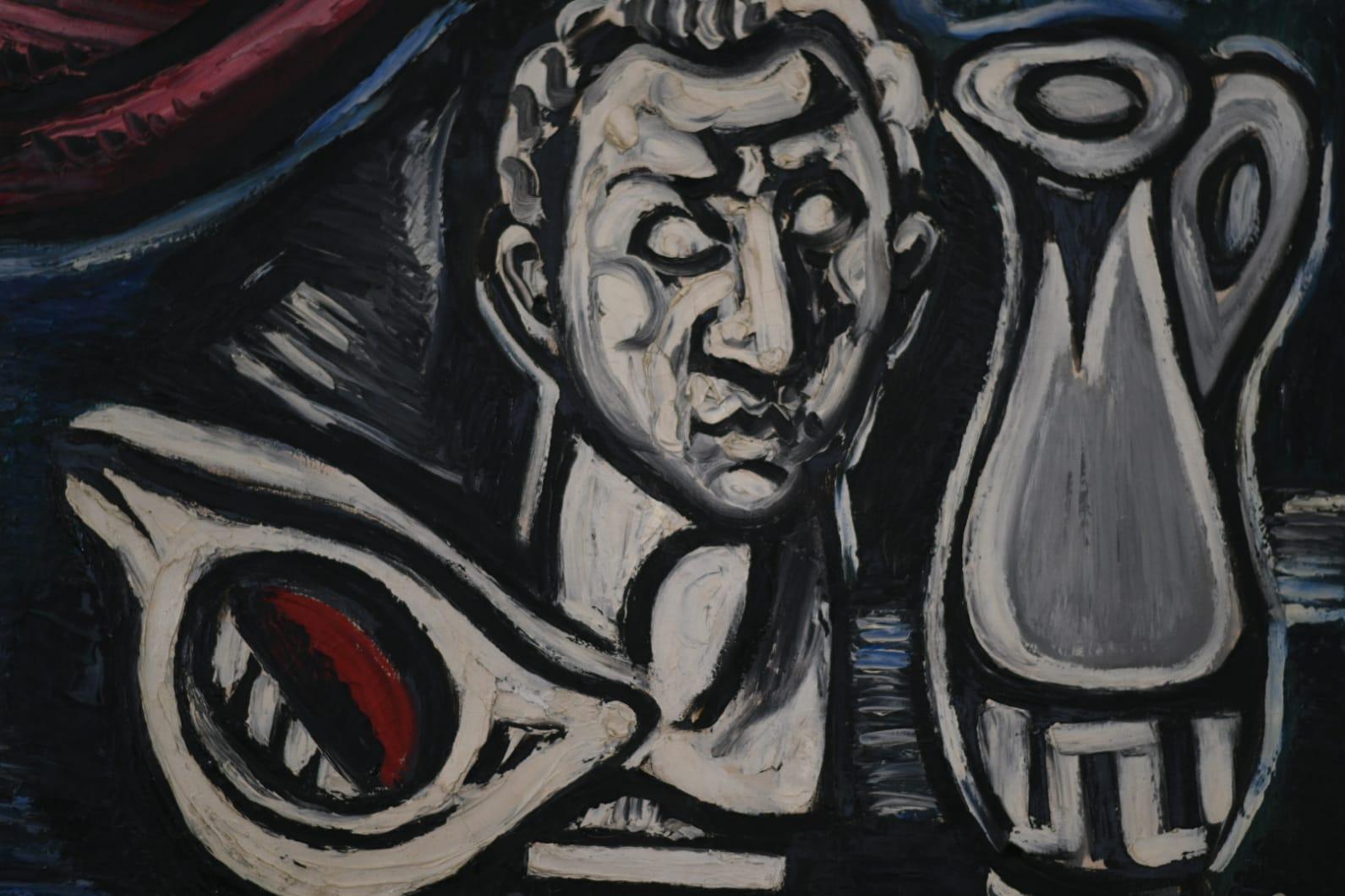 From imaginative themes to abstracts, still lifes and landscapes, the distinctive idiom mastered by Preca is evident.

Despite the many challenges brought about by the pandemic, the past year has seen Heritage Malta reach various “artistic milestones”, such as the return to Malta of Mattia Preti’s Boethius and Philosophy and the current exhibition of 13 loaned masterpieces at MUŻA, said Heritage Malta chairman Anthony Scicluna on Wednesday.

The national agency will “continue on its mission to bring cultural heritage nearer to the people”, he said, adding that its mission of “accessibility” will take on greater meaning with the Preca exhibition since it will be the first time most of the loaned artworks will be on public display.

Preca remained, to a certain extent, in obscurity among his compatriots despite his importance in Malta’s history of art and the respect shown to him by fellow artists, Heritage Malta’s executive director Mario Cutajar added.

But Malta could now “appropriately acknowledge one of its own, who, through his art, honoured himself and his native land,” he said.

Making the exhibition possible was not without its challenges, Heritage Malta CEO Noel Zammit said, explaining it would have to be presented in a way that ensured a holistic experience for visitors.

“The exhibition does justice to Preca, who left his motherland and successfully established himself in Rome,” Kenneth Cassar, Heritage Malta’s Senior Curator for Ethnography and Art noted.

Cassar described it as “a splendid opportunity to study new works of art, as well as the artistic development of an important artist, who has not been bestowed the honour he deserves”.

The exhibited works will enable the understanding of Preca’s personality, the reasons behind his emigration, as well as his connections – both those he sustained through several visits to his homeland and those he fostered with artistic currents in Rome, Cassar said. 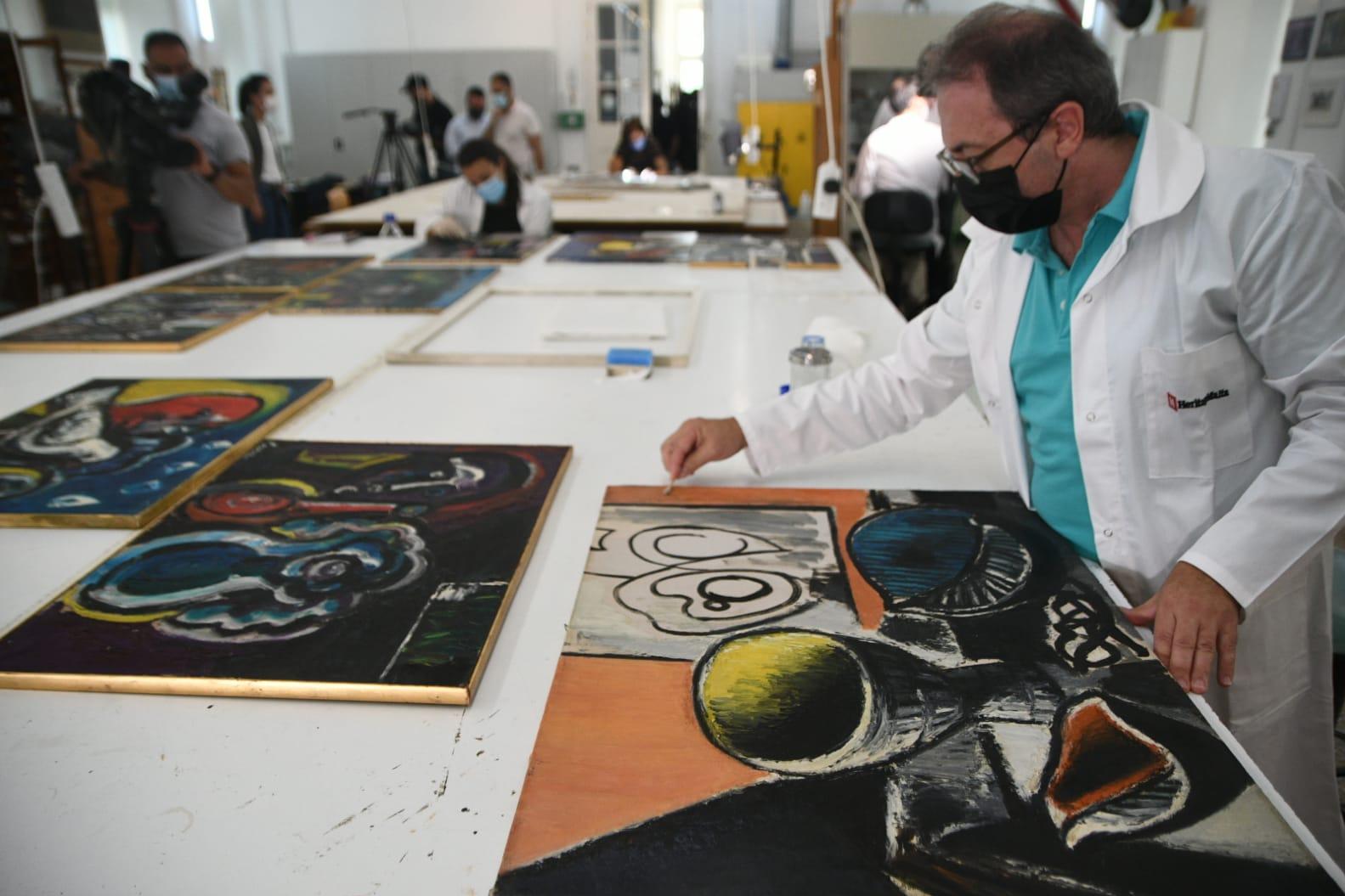 On Preca’s technique and the state of conservation of the artworks, the agency’s senior conservator Anthony Spagnol said that in some of them, the paint’s thickness caused deformations in the canvas, but there are also instances where Preca uses paint thinly, applying brush strokes rapidly and spontaneously.

“This goes to show that he did not pay much attention to established formulas, dictating how one should use materials to build up a painting.

“On the contrary, it was his expressive technique that dictated his pictorial process.”

The press conference announcing the arrival of the artworks in Malta was also attended by Massimo Preca, the artist’s son,

A picture of Preca

Giorgio Preca was born in 1909 and studied at the Malta Government School of Art.

Despite not having obtained a government scholarship to study art abroad, he continued with his studies in Rome at the Regia Accademia di Belle Arti and the British Academy, which was directed by Antonio Sciortino, who even appointed him as his assistant.

Throughout World War II, the artist was employed as a restorer at the National Museum of Malta.