In past years, demonstrators have rallied to recall the momentous events that kicked off the wider Arab Spring revolts and to push for further change, but not this year as the world is battling the pandemic.

“Normally we would have demonstrated in the street to demand social justice, because successive governments still haven’t responded to that demand,” said Alaa Talbi of the non-government Tunisian Forum for Social and Economic Rights.

“But this January 14, I’ll stay home for the first time in 10 years, because the health crisis is acute and we need strong measures,” he said as trade unions and other groups have also stayed off the streets.

With over 50 novel coronavirus deaths a day and many hospitals reaching capacity, authorities imposed a four-day lockdown from Thursday, leaving city centres quiet, in sharp contrast to a decade ago.

Back in 2011 the world’s eyes were on the Mediterranean country where mass protests had broken out following the self-immolation of the desperate young street vendor Mohamed Bouazizi.

An unprecedented crowd thronged the streets outside the powerful interior ministry a decade ago Thursday, demanding an end to Ben Ali’s repressive 23-year rule with deafening cries of “quit!”

That evening Ben Ali fled to a luxurious, discrete exile in Saudi Arabia. He never set foot on Tunisian soil again and died in Jeddah in 2019.

That evening Ben Ali fled to a luxurious, discrete exile in Saudi Arabia. He never set foot on Tunisian soil again and died in Jeddah in 2019.

His fall sparked a string of uprisings across North Africa and the Middle East, toppling other dictators long seen as untouchable.

While other countries were plunged into war or returned to even more repressive rule, Tunisia successfully transitioned to democracy – albeit one still riven by corruption and economic pain.

Looking back at those heady days, “we might be disappointed, but that doesn’t mean we regret” the uprising, Talbi said. “Ten years is not a long time to transform a system in place for decades.

“We can be proud of our steps forward... We have installed a new political system, we’ve agreed on a constitution, even if it hasn’t been fully implemented, and we’ve respected electoral deadlines.”

But, he warned, “now we need an economic transition”.

Tunisia’s economy, heavily reliant on foreign lending, shrank by nine per cent last year, consumer prices have spiralled, and one third of young people are unemployed.

The key tourism sector, already on its knees after a string of deadly jihadist attacks in 2015, was dealt a devastating blow by the coronavirus crisis.

Crucial phosphate and oil production have been hampered by protest blockades in marginalised areas, where people demand jobs and investment.

With few prospects at home, many Tunisians have looked abroad for a better life.

Tunisians made up the largest number of irregular migrants, over 12,000, who arrived in Italy last year on boats crossing the Mediterranean – five times more than the previous year. 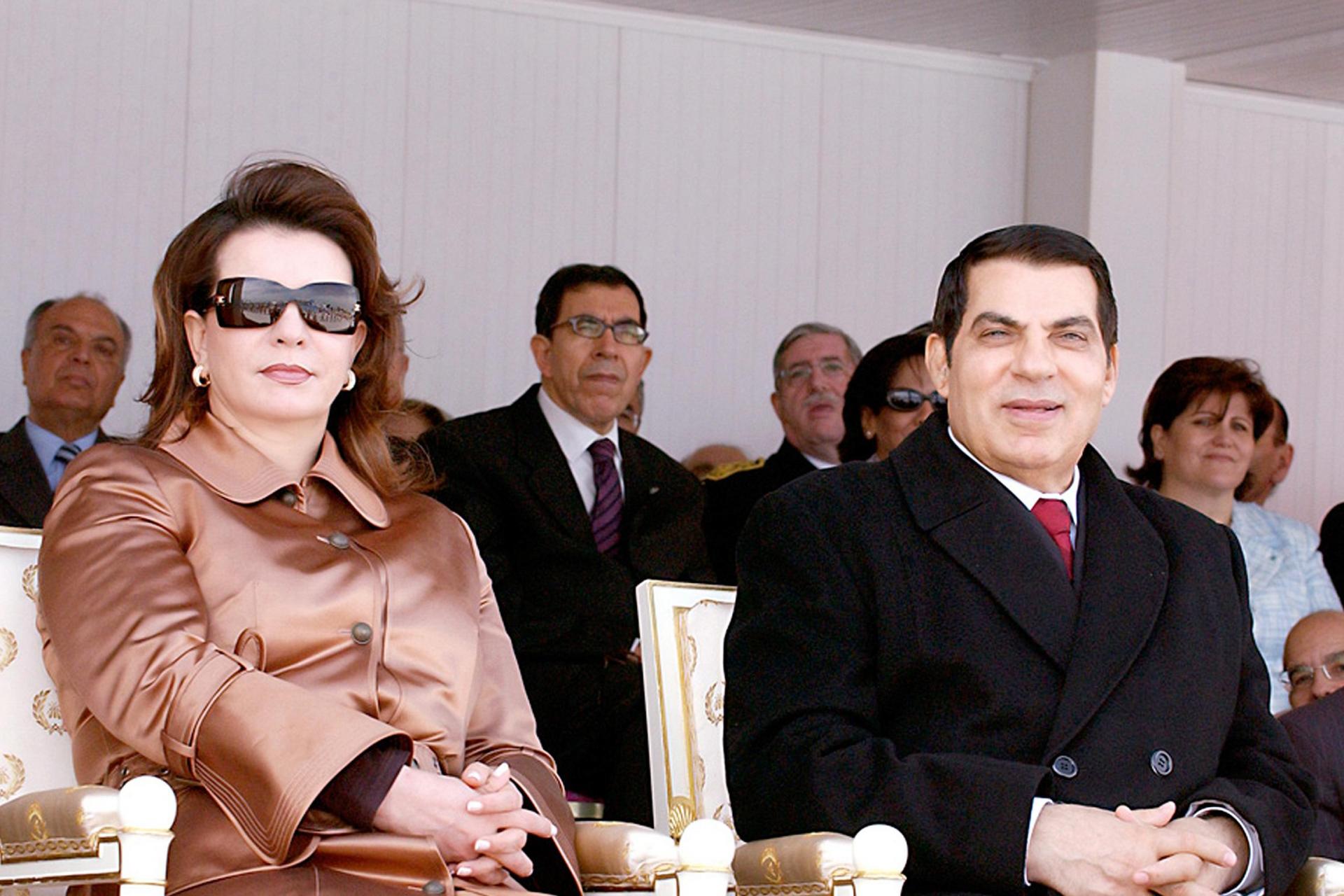 In this file photo taken on March 21, 2006, Tunisian president Zine El-Abidine Ben Ali and his wife Leila attend at the parade during ceremonies for the 50th anniversary of Tunisia’s independence. Photo: Tunisian Presidency / AFP

Tunisia’s governments “have struggled to bring change and to balance the interests of the traditional elite and the less-privileged general population,” the Amsterdam-based Transnational Institute warned last month.

Many veterans of the protests, which left hundreds dead or wounded in clashes with police, are bitter and disillusioned.

The country’s post-revolution hangover has fanned nostalgia in some quarters for the era under Ben Ali, a sentiment that has advanced the careers of some of his former supporters.

The Free Constitutional Party of lawmaker Abir Moussi has won supporters by vocally attacking the Islamists who have dominated parliament since 2011 and calling for a return to a strong presidential regime.

But for Talbi, there can be no return to the old ways.

“Young people who have grown up in a free Tunisia still believe in the revolution,” he said.