Like many of us, Emma has had her travel plans derailed by coronavirus. But after months of delay, the white rhino has arrived in Japan and is looking for love.

The mild-mannered five-year-old comes by way of Taiwan’s Leofoo Safari Park, where she beat a herd of competitors for the chance to find a companion and breed.

She had been scheduled for transfer to the Saitama Tobu zoo outside Tokyo in March, but complications caused by the pandemic pushed back her departure.

“After some delays due to the coronavirus, Emma, a southern white rhino, arrived at our zoo on the evening of 8th June,” the Saitama Tobu zoo said in a statement.

“We slowly opened the shipping container which was placed in front of her sleeping room. Emma, without showing any signs of shyness, went straight into the sleeping room,” it added.

The rhino used the extra time in Taiwan to prepare for the move, with keepers using Japanese for words like “come” and “no” to get her ready for her new home.

Safari staff said she was picked from a herd of 23 rhinos because of her even temper and slender physique.

“Emma was chosen because of her mild personality... and her smaller size also makes it easier to ship overseas,” Sean Wu, the park’s chief veterinarian and animal manager, told AFP earlier this year.

“She seldom gets into fights with other rhinos or snatches others’ food.”

She is expected to be on show to the public in Japan for several weeks, but she also has the more serious business of getting acquainted with her first suitor: 10-year-old Moran.

The species currently numbers around 19,000, found in the wild across southern Africa, according to the conservation group Save the Rhino.

They were nearly wiped out in the last century but managed to recover thanks to conservation efforts.

Their northern cousins were not so lucky. Only two remain, both female, rendering the species functionally extinct.

Leofoo Safari Park imported eight rhinos from Africa in 1979 and now has the most successful breeding programme in Asia, with 23 animals in its herd.

Rhino poaching is fuelled by a market for their horns in Asia – especially China and Vietnam.

Horns are made of nothing more than keratin, the same material as fingernails and hair. But scammers erroneously market horns as an aphrodisiac or cancer cure. 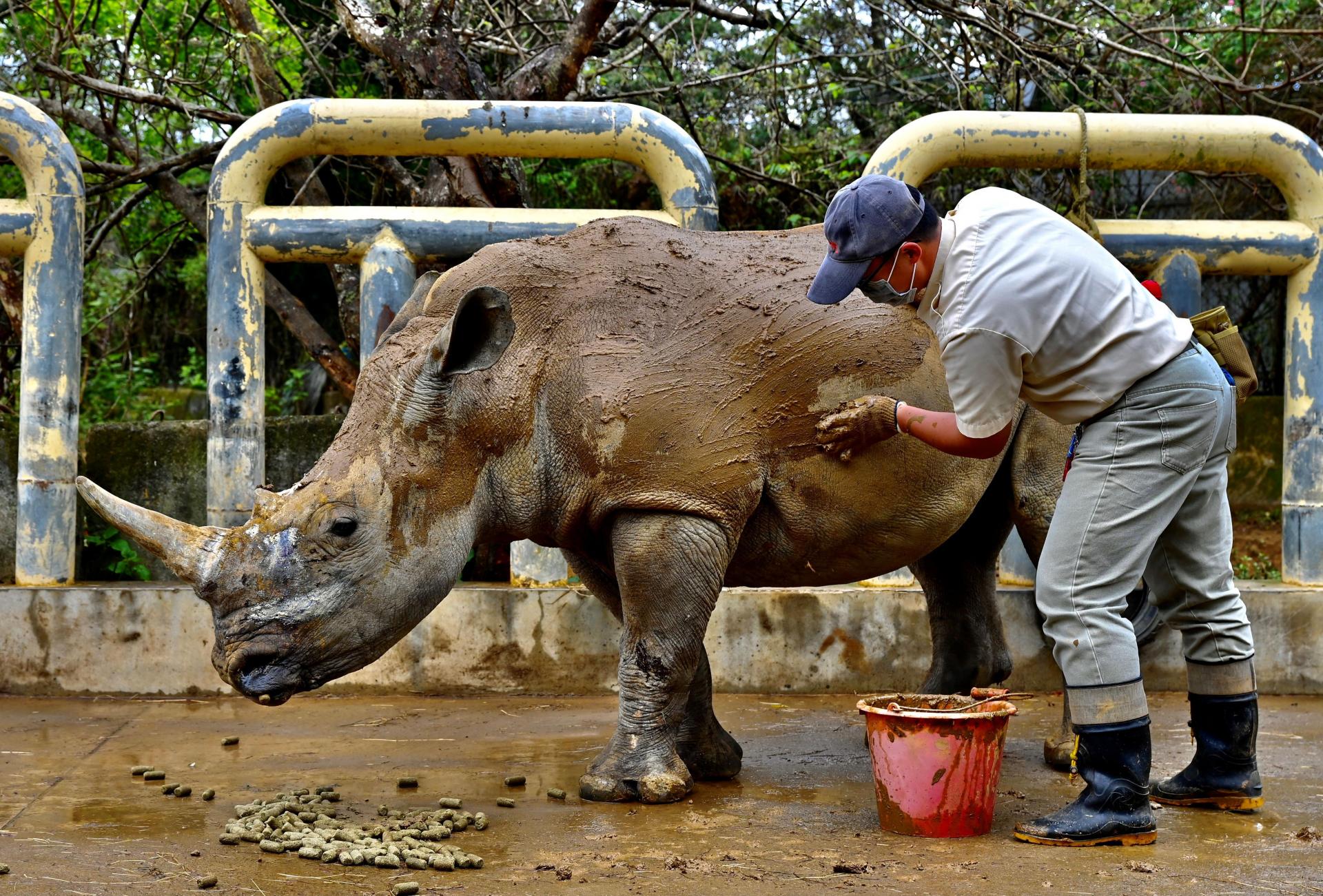