In the run-up to Lorenzo Manché’s 100th death anniversary on February 16, Louis Borg Manché and Edwin Borg Manché give a detailed overview of the life and achievements of the ophthalmologist, educator and philanthropist.

This is part one in a three-part feature.

A century ago, Malta mourned the loss of a highly-gifted ophthalmologist who had a profound sense of compassion for the poor and the illiterate. 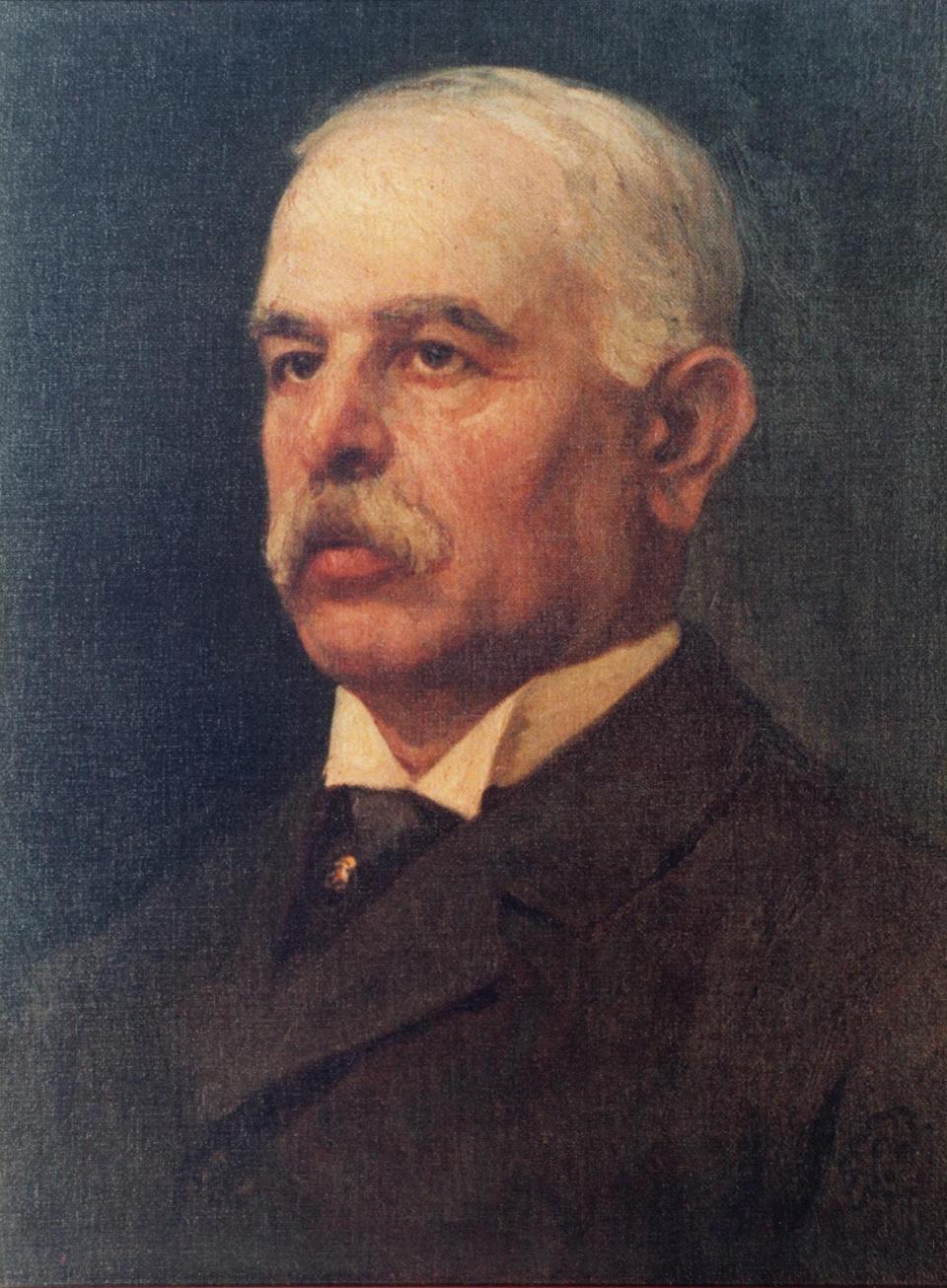 A portrait of Lorenzo Manché by Edward Caruana Dingli

Lorenzo Manché was considered a leading authority in Europe on ophthalmology, particularly following the publication of his groundbreaking textbook in 1885 on the subject.

Foremost among his many achievements is his pioneering work in the fight against trachoma, a serious eye disease prevalent in Malta during the latter half of 19th century, primarily among those in the lower socio-economic strata of society.

Manché was deeply moved by the cases of poor and illiterate patients suffering from granular conjunctivitis, the scientific name for trachoma. This dreadful eye disease severely diminishes the quality of life and could lead to blindness if left untreated. He passionately believed that public education on personal hygiene was key to controlling the spread and prevention of eye diseases in the Maltese islands.

In 1908, he joined his son, Charles Manché, himself an authority on ophthalmology, at their newly-founded Ophthalmic Institute of Malta, in Ħamrun in a concerted effort in their battle against trachoma. There, they treated poor and needy patients free of charge.

With a keen interest in the burning issues of his time, Manché made significant contributions that influenced the public debate on the education system in Malta and on emigration.

Being deeply religious, he was appointed to the executive committee that organised the 24th International Eucharistic Congress, held in Malta in April 1913. His sterling work on the efficient organisation of the congress was duly recognised by Pope Pius X with the conferment of the gold cross Pro Ecclesia et Pontifice for distinguished service in connection with the congress.

Born in Floriana on November 26, 1846, Lorenzo was the eldest of three sons of Giovanni Manché, a goldsmith by trade, and Euphemia Calleja. From an early age, Lorenzo showed great academic promise. He obtained his primary education at the government primary school and did his secondary schooling at the lyceum. He then went on to study medicine at the Malta University. He graduated doctor of medicine in August 1868 at the age of 22.

By the time of his graduation, Manché had been courting a certain Giovanna Micallef, who happened to be the favourite cousin of the well-renowned Salvatore Luigi Pisani, professor of anatomy and histology, obstetrics and gynaecology.

Having encouraged and mentored Manché during his university days, Pisani kept his eyes on the young graduate doctor. Appreciating his great potential, Pisani had no hesitation in offering to pay all the expenses involved in his postgraduate studies abroad, on condition that he would marry his cousin, Giovanna, on his return to Malta.

Manché accepted the offer and,  in October 1869, he proceeded to Paris and London to specialise in ophthalmology. In Paris, he attended lectures and the clinics of world-renowned experts having the best specialist knowledge and techniques in the practice of ophthalmology at the time – professors Edouard Meyer (1838-1902), Richard Liebreich (1830-1917) and Louis de Wecker (1832-1906). All three had developed their specialisation as assistants to the famous ophthalmologist Albrecht von Graefe (1828-1870), arguably one of the most important figures in 19th-century ophthalmology.

In 1873, he started lecturing at the university

On his return to Malta, Manché kept his promise and, on November 22, 1870, he married Giovanna at St Barbara’s church,  in Valletta.

In October 1870, he resumed his duties as demonstrator of anatomy at the university and as resident surgeon at the Central Civil Hospital, where he performed all kinds of eye operations. In 1873, he started lecturing on ophthalmology at the university. Prior to his professorial appointment in 1888, he had lectured on the subject for 15 years without receiving any remuneration. 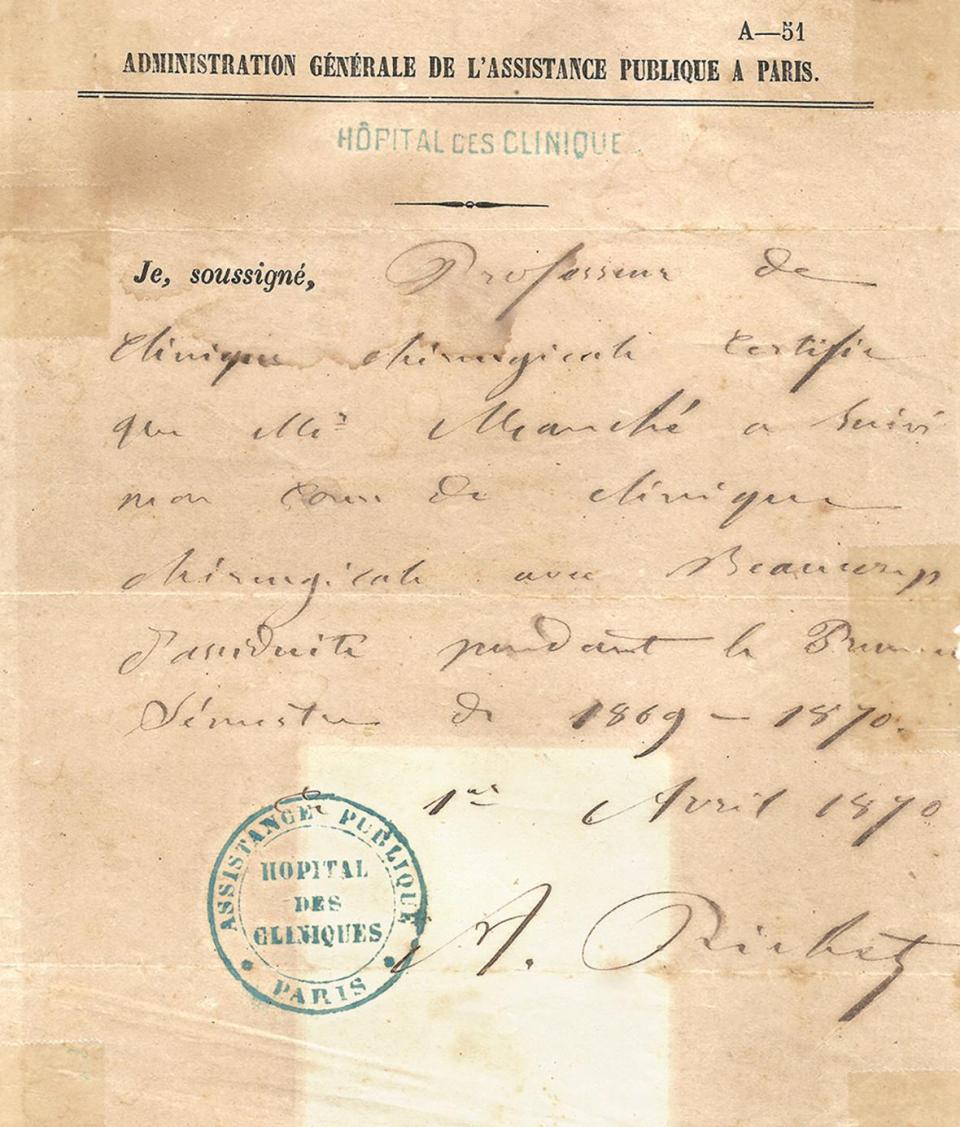 A certificate issued by the Administration Général de l’Assistance Publique a Paris to Lorenzo Manché for serving in the surgical clinic in the French capital between October 1869 and March 1870, during his specialisation in ophthalmology.

In a letter dated March 23, 1886, Lt Governor Walter Hely Hutchinson wrote to the director of education: “I am directed by His Excellency the Governor to request you to express to Dr L. Manché His Excellency’s sense of the valuable services which he has rendered in lecturing on ophthalmology in the university and in attending patients afflicted with diseases of the eye in the Central Civil Hospital. As regards your recommendation in your letter, I am to state that there are at present no funds available for remunerating Dr Manché but it is His Excellency’s intention to propose to the Secretary of State that some remuneration be granted to Dr Manché for these services in future years.”

In November 1888, Sir Richard Micallef, comptroller of charitable institutions, suggested to the government the appointment of an ophthalmic specialist. He proposed Manché who, for the previous 17 years had served as ophthalmic surgeon in an unofficial capacity. During this time, he had gratuitously performed all eye operations at the Central Civil Hospital, including over 360 cataract operations, all free of charge to the benefit of the afflicted poor.

On December 1, 1888, Manché, having introduced the science of ophthalmology in Malta, was appointed professor – the first to occupy the chair of ophthalmology at the Malta University. It was a fitting recognition of his high professional standing and his spirited endeavours to establish ophthalmology in Malta on a sound footing. On the same day, the governor, Lt Gen. Sir Henry D’Oyley Torrens, approved his appointment as ophthalmic surgeon at the Central Civil Hospital.

It was also in 1888 that Manché founded the Malta and Mediterranean branch of the British Medical Association (BMA).

During the BMA council meeting held at its headquarters in The Strand, in London on October 17, 1888, it was resolved: “That the Council of the British Medical Association record with great pleasure their recognition of a Malta and Mediterranean Branch and they tender congratulations and thanks to Dr L. Manché and others who have been instrumental in the foundation of the branch.” 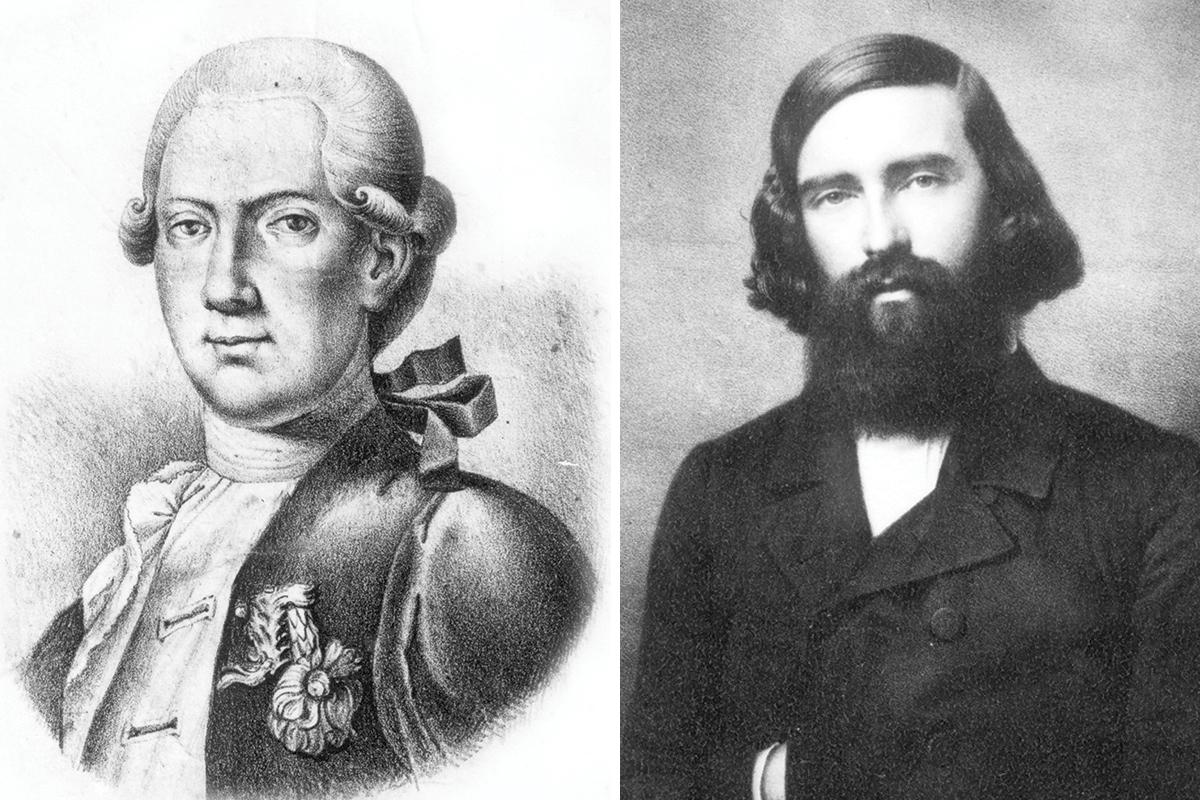 Manché was its energetic honorary secretary and treasurer from 1888 to 1902 and also served several terms as branch president after that. During the general meeting of the branch,  held in the library at Station Hospital, Valletta, on May 30,1902, Manché informed the meeting “that he did not find time to act as secretary and treasurer any longer and asked to be relieved of his duties”.

In seconding a vote of thanks,  surgeon general Thomas O’Farrell, president, said: “Dr Manché had guided the branch with admirable skill through very difficult circumstances and the thanks of all members were due to the secretary (Prof. Col L. Manché) who had founded the branch and worked for it with zeal and persistence.”

The vote of thanks was adopted unanimously. At the same meeting, on Manché’s proposal, his former student, Temi Zammit – a doctor who later became Sir − was unanimously elected to those roles.

At the time of his death in 1921, he was still serving as vice-president of the Malta Medical Association.

Manché also served in the Royal Army Medical Corps (RAMC) for very many years with distinction. On February 27, 1875, Manché was commissioned as surgeon, Royal Malta Fencible Artillery, after topping the list of candidates in a public examination in November 1874. In his military medical career, he held various responsibilities within the RAMC, including the management of the Garrison Eye Ward at Station Hospital, Valletta, from October 1875 to July 1883.

In a confidential report to the army medical department, War Office London, in April 1882, the principal medical officer Malta, surgeon general Sir William A. MacKinnon, lauded surgeon Manché’s great professional merits. On receipt of this report, the director general, Sir William M. Muir, in a letter dated May 2, 1882, wrote to MacKinnon “to acquaint surgeon Manché of my gratification in causing the substance of your eulogistic comments to be noted in his return of service”.

Manché retired from the Royal Malta Artillery (RMA) with the rank of colonel on November 25,1901, after serving with distinction for 26 years. A farewell dinner was given in his honour on December 14, 1901, at the governor’s palace in Valletta, by surgeon general Thomas O’Farrell, principal medical officer Malta and RAMC officers. In an after-dinner speech, O’Farrell spoke of “Colonel Manché’s professional attainments and great professional skills and [that he] always found him kind-hearted and humane, ever ready with assistance and sound advice”.

O’Farrell ended his speech by saying: “We hope that he will afford us the pleasure of seeing him often in his old haunts at the Valletta hospital and that we may continue to enjoy the pleasure of his society and friendship.”

To be continued next week