Malta has scored its worst ever result in a global index that measures perceived corruption.

Malta scored 53, a decline of one mark from last year’s report and a longer-term decline of seven points from 2015. 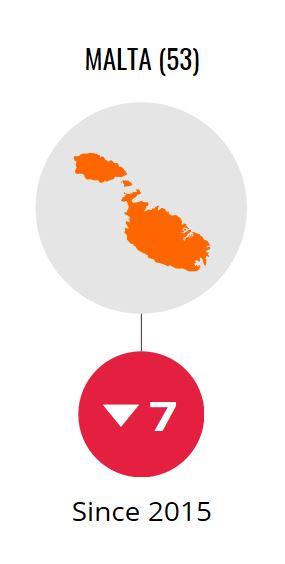 The anti-corruption watchdog highlighted Malta as one of 22 countries that “significantly” worsened their scores in 2020.

“With a score of 53, Malta is a significant decliner on the index, dropping seven points since 2015 and hitting a new all-time low,” the report said.

“Malta faces significant corruption challenges and suffers one of the steepest declines in the rule of law,” it added.

Anti-graft watchdog Transparency International warned Thursday that Malta is lost in corruption -  a country at a crossroads “apparently split over its national identity”.

Malta, it says, seems to “simultaneously wants to be part of the EU, without respecting the EU’s communalism and core values”.

The assassination of Daphne Caruana Galizia and its connection to high-level politicians exposed by a long-awaited public inquiry, illustrating “a deep chasm in the state’s current priorities and responsibilities toward its citizens”.

Two root issues that hold Malta back still prevail: the weak rule of law and the commodification of corrupt practices as a cornerstone of the economy, it notes. 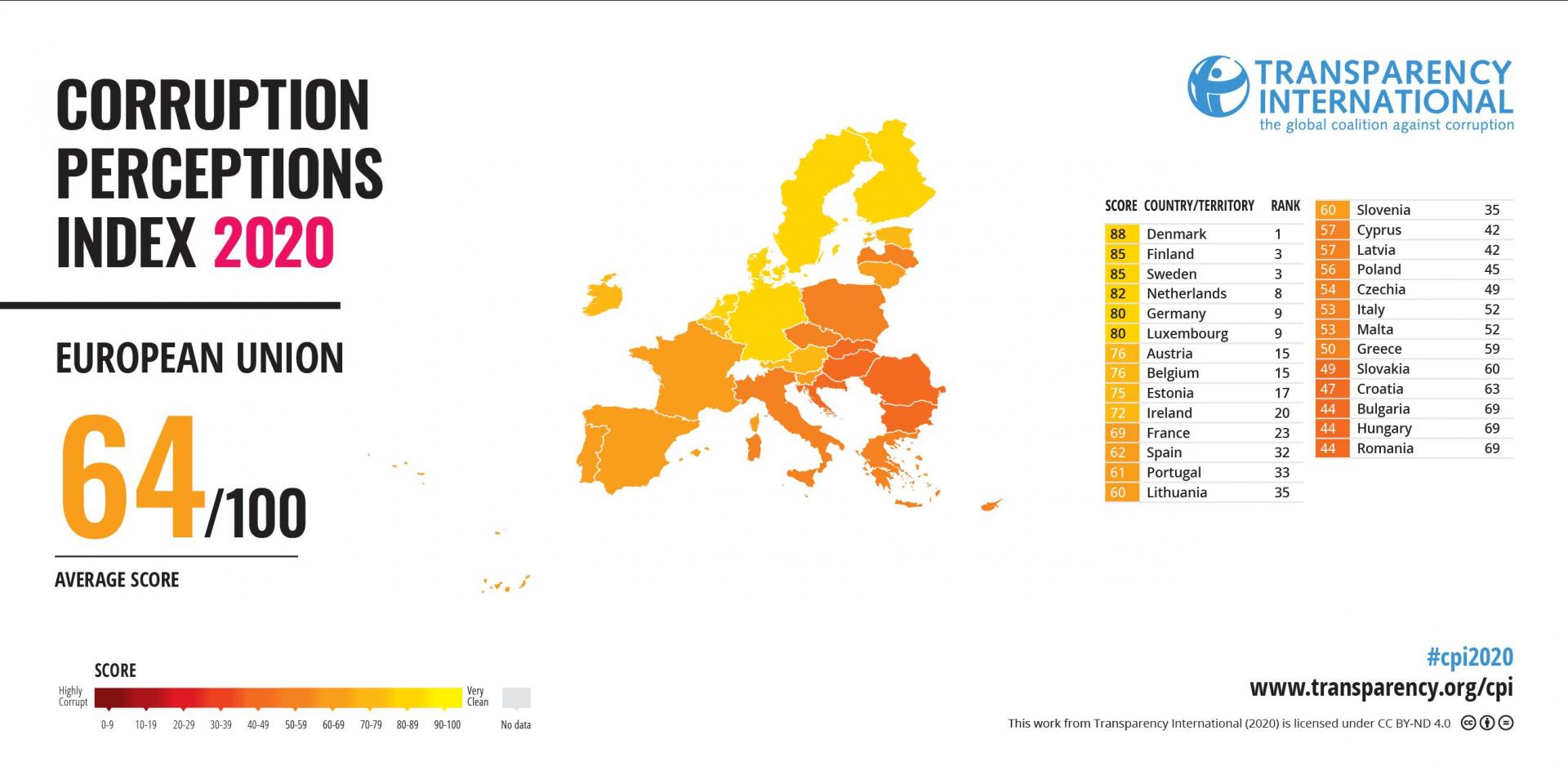 The report says that the criminal justice system does not sufficiently deter or penalise corruption.

Although recent judicial reforms have tried to address these issues, they still "fall short of full independence from the legislative and executive branches”.

“It is clear that these late reforms do not address the structural roots of the problem, namely the state’s lack of will to step away from dubious and often corruptible activities from which its officials may potentially benefit.

“The way these reforms are implemented will test whether they are merely superficial acts to appease the Venice Commission and other international institutions that are applying pressure to the Maltese state to reform its institutional setup.”

An economy dependent on corruption

The report says that institutionally, Malta’s reliance on “nurturing an ecosystem in which corruption can thrive is largely undealt with”.

This, it says, is perhaps best epitomised by the golden visa scheme with Malta cloaking itself as "the night manager of the EU’s back door".

It concludes that Malta is at a crossroads, “apparently split over its national identity” - as if the nation simultaneously wants to be part of the EU, without respecting the EU’s communalism and core values.

“The path it chooses will determine whether corruption continues to flourish unchecked to the detriment of its own people and its European neighbours,” it says.

In all, 180 countries and territories were ranked by their perceived levels of public sector corruption, according to expert assessments and surveys of business executives.

At the bottom end of the scale are Syria, Somalia and South Sudan, with scores of 14, 12 and 12 respectively.

The report highlighted the impact of corruption on government responses to the coronavirus pandemic, comparing countries’ performance and their investment in health care.

This was not flagged as an issue in Malta’s country report.

Earlier this month, Berlin-based Transparency International announced a coalition with the Daphne Caruana Galizia Foundation, which is now the national contact point in Malta.

Before, Malta was the only EU country where there was no Transparency International presence.