A retrospective by French-Romanian photographer and filmmaker Eli Lotar focuses on the daring, innovation and engagement of the interwar period. It demonstrates the importance of this unique artist’s contribution to modernism as well as social and political action.

French photographer and cinematographer of Romanian origin, Eli Lotar (Eliazar Lotar Teodorescu, Paris, 1905-1969) arrived in France in 1924 and rapidly became one of the first avant-garde photographers in Paris.

Close to Germaine Krull, Lotar worked as her apprentice for a time and later to the Surrealists. His work was published in many of the avant-garde publications of the day and featured in several major international photography exhibitions, including Fotographie der Gegenwart, Film und Foto and Documents de la vie sociale.

The Eli Lotar Retrospective (1905-1969) allows visitors to discover the aim of Lotar’s work from a new light and reveals the role of this important figure in modern photography.

The exhibition is organised around key themes ranging from the New Vision Movement to documentary film as well as Lotar’s urban, industrial and maritime landscapes.

A selection of portraits taken by the photographer can also be seen, revealing his interest in having his models adopt various poses for the camera. They also demonstrate the close ties he had to many of the leading artists of his day.

Lotar’s social and political interests and his penchant for collective projects can be revealed in his numerous collaborations with avant-garde writers, including Jacques Prévert, Georges Bataille and the magazine Documents as well as figures from the world of theatre like Antonin Artaud and Roger Vitrac and well-known film directors Joris Ivens, Alberto Cavalcanti and Luis Bunuel, all of whom were affected by the troubled socio-political climate of the 1930s.

The exhibition brings together over 100 vintage prints taken from approximately 15 different collections and international institutions as well as a selection of 100 or so documents (books, magazines, letters, negatives and films) illustrating the diversity and aim of Lotar’s work. 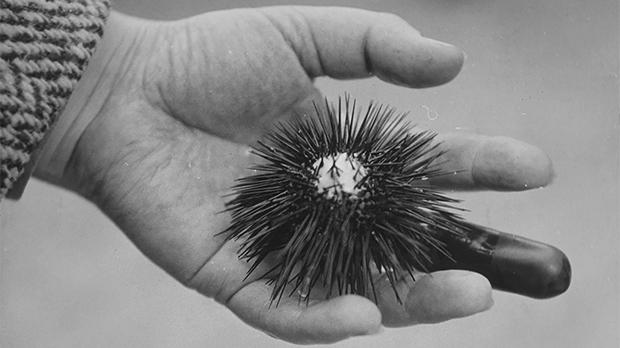 The exhibition is classified into five thematic sections. The work, however, is not necessarily presented in chronological order.

The first two sections of the exhibition – Nouvelle Vision and Déambulations urbaines – are devoted to Lotar’s documentary photography, primarily for the illustrated press. The public is plunged into the universe of the photographer, who had become known for the singularity of his work since the late 1920s.

Reproductions of period magazines (VU, L’Art Vivant, Arts et métiers graphiques, Jazz and Bifur) show a selection of some of Lotar’s numerous publications from the period. 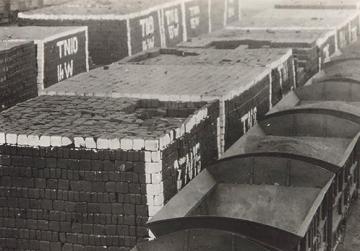 The vintage prints and photographs reproduced from negatives, as well as the documents on show in these two sections, illustrate Lotar’s talent and reputation among European avant-garde photographers.

Drawn to the world of cinema from 1929 onwards, Lotar participated in the production of a number of documentary films, working alongside filmmakers like Joris Ivens and Luis Bunuel.

The third section of the exhibition is devoted to Lotar’s socio-political work through a selection of photographs and films that capture the social and political complexity of the interwar period as may be seen, for example, in the crude realism of his series on Abattoirs (1929) or through his collaboration on Terre sans pain (1933) – the only documentary produced by Luis Bunuel.

The film showed the deplorable living conditions of the inhabitants of the remote and arid region of Las Hurdes in Spain. Lotar’s involvement with filmmakers working in the emerging documentary genre would have a strong impact on his own career.

After the war he would produce Aubervilliers (1945), a poetic documentary on the life of those living in the slums of this particular area of the French capital.

The last two sections of the exhibition focus on Lotar’s rewarding artistic and literary friendships throughout his life. Viewers can see rare images from his travels, as well as a series of images depicting various figures from Antonin Artaud‘s Théâtre d’Alfred Jarry playfully posing for the camera.

He had many close connections to the world of theatre

In his collaborations with numerous artists, playwrights and poets, Lotar put his artistic and technical knowhow to use (particularly in terms of lighting and framing), both in his travels around the Mediterranean region with Jacques-Bernard Brunius and Roger Vitrac and his photomontages for Antonin Artaud’s Théâtre Alfred Jarry. Here, we can also see images from Lotar’s close friendship with Alberto Giacometti (Lotar would be the sculptor’s last male model).

However, Lotar’s contribution to Modernism has benefited from a belated recognition. It wasn’t until the early 1990s that a first retrospective was devoted to the artist’s work at Pompidou Centre. Since then, greater research into the fields of Surrealism and interwar photography, as well as cinema, has allowed experts and the public alike to consider Lotar’s work in a new light and to appreciate the singularity of his career and visual universe. 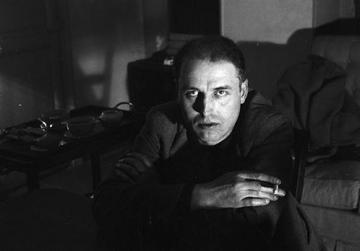 Youth and a precocious artistic talent allowed Lotar to make a name for himself and to quickly stand out from the pioneers of modern photography in Paris at the end of the 1920s.

His work was shown in 1929 at the exhibition Film und Foto in Stuttgart, alongside other Parisian  gurus such as André Kertész, Man Ray and Germaine Krull, from whom he had learned his technical skills.

Lotar appropriated the art of photography by allowing viewers to discover the unfamiliar in the familiar in the words of French novelist and screenwriter Pierre Bost.

Lotar took as his subject matter the urban and industrial landscape of Paris and its surrounding areas. He also explored the novel trappings of modern life – planes, boats, trains, railways, rail traffic signals, etc. He focused on details and varied his viewpoints, adopting in his work the language specific to modern European photography – high and low-angle shots, deframing and close-ups.

Lotar’s sensibility went beyond the Modernist aesthetic. The changing city of Paris – a combination of old and modern, rich and poor, the possibilities offered by night or by day, photographed at ground-level or from above – provided this young photographer with the ideal subject matter.

The exhibition allows viewers to watch the only film for which Lotar received true recognition as a  filmmaker: Aubervilliers (1945). Commissioned by the Communist mayor Charles Tillon, the aim of the film was to show the slums within the mayor’s jurisdiction and to show the realities of the harsh living conditions of those who lived there. 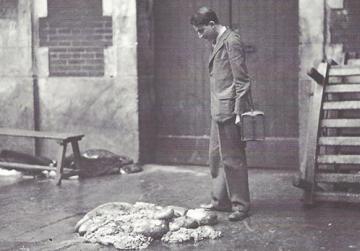 The musical soundtrack to the film (by Joseph Kosma) transformed it into a visual tale and despite texts by Jacques Prévert read in voice-over, the documentary  film received a greater reception from the public than it did from Tillon.

The 1920s and 1930s were a period of intense photographic activity, during which Lotar travelled on numerous occasions throughout France and around the Mediterranean. From these various trips, Lotar brought back countless images of maritime landscapes and port scenes, a theme that was in vogue at that time.

Innovative compositions, typical of the photographer’s work, allow viewers to admire the careening of boats in Greece, the masts of Newfoundlander boats anchored in the port of Saint Malo and coastal landscapes from the Cyclades to Stromboli and Gibraltar.

Several photographs show L’Exir Dallen, the sailing ship on board which Lotar and Jacques-André Boiffard travelled around the world on the occasion of a film commissioned by a Spanish businessman.

From 1931 to 1935, Lotar made several trips to Greece, taking photographs of contemporary and ancient sites. He also worked on the film Voyage aux Cyclades (1932) with Roger Vitrac and Jacques-Bernard Brunius, of which only a few strips of 35mm reel remain.

The archaeological sites and ancient sculptures drew the eye of Lotar and in his photo reportage he succeeded in conveying the fusion of lively urban scenes with the simplicity of Cycladic statues.

Published in a tourist publication La Grèce (1942) by Editions Arthaud and in magazines like Voyage en Grèce (1934-1939) by Héraclès Joannidès, the special edition of Cahiers d’art by Christian Zervos on Greek art (1933) and Minotaure by Albert Skira (1936), Lotar’s photographs accompanied texts written by prestigious authors like Jean Cassou, Le Corbusier and Marguerite Yourcenar, contributing to the diffusion of art by means of the image, particularly at a time when modern art had a particular interest in prehistoric, antique and primitive art forms.

The exhibition concludes with a look at the photographer in his intellectual and artistic milieu.

The portraits of the Surrealists (Georges Bataille, André Masson, Roger Vitrac), various personalities from the world of  art and music (Sylvia Bataille, Feral Benga and Marcel L’Herbier), and in the 1940s and 1960s images of the sculptor Alberto Giacometti, are just some examples of the various encounters and friendships that punctuated the career of Lotar.

He had many close connections to the world of theatre. In 1931, his collaboration with Antonin Artaud and Roger Vitrac for the Théâtre Alfred Jarry proved to be the most accomplished and original work carried out by Lotar for the theatre. Lotar created photographs using photomontages, generating a hallucinatory and dynamic effect.

His photographic career culminated in the 1960s in the collaboration with sculptor Alberto Giacometti for whom he would be the artist’s last model. Lotar photographed Giacometti and Giacometti sculpted Lotar – a game of creative mirroring, re-enacting their close friendship.

Eli Lotar Retrospective is being held at the Jeu de Paume centre, Paris, France, between February 14 and May 29.