Parliament must explain why Maltese authorities allowed a four-year-old asylum seeker to die of thirst at sea, Archbishop Charles Scicluna said on Friday.

Loujin Ahmed Nasif, from Syria, was picked up by a cargo ship along with 60 other asylum seekers, several days after the group started sending out distress signal from their wooden fishing vessel.

She was unconscious when she was pulled onboard and died of dehydration shortly afterwards.

The group, which also included Loujin’s mother and her one-year-old sister Mira, had left from Lebanon’s coast. It included people from Syria, Palestine and Lebanon itself.

They were within Malta’s huge search and rescue zone when they began to take in water.

According to NGO Moviment Graffitti, local authorities first received distress calls on September 2 but only told a ship, the BBC Pearl, to collect the migrants on September 6.

Scicluna did not mince his words.

The girl’s last words “reminded me of the last words said on the Cross by Jesus just before his death,” he said. 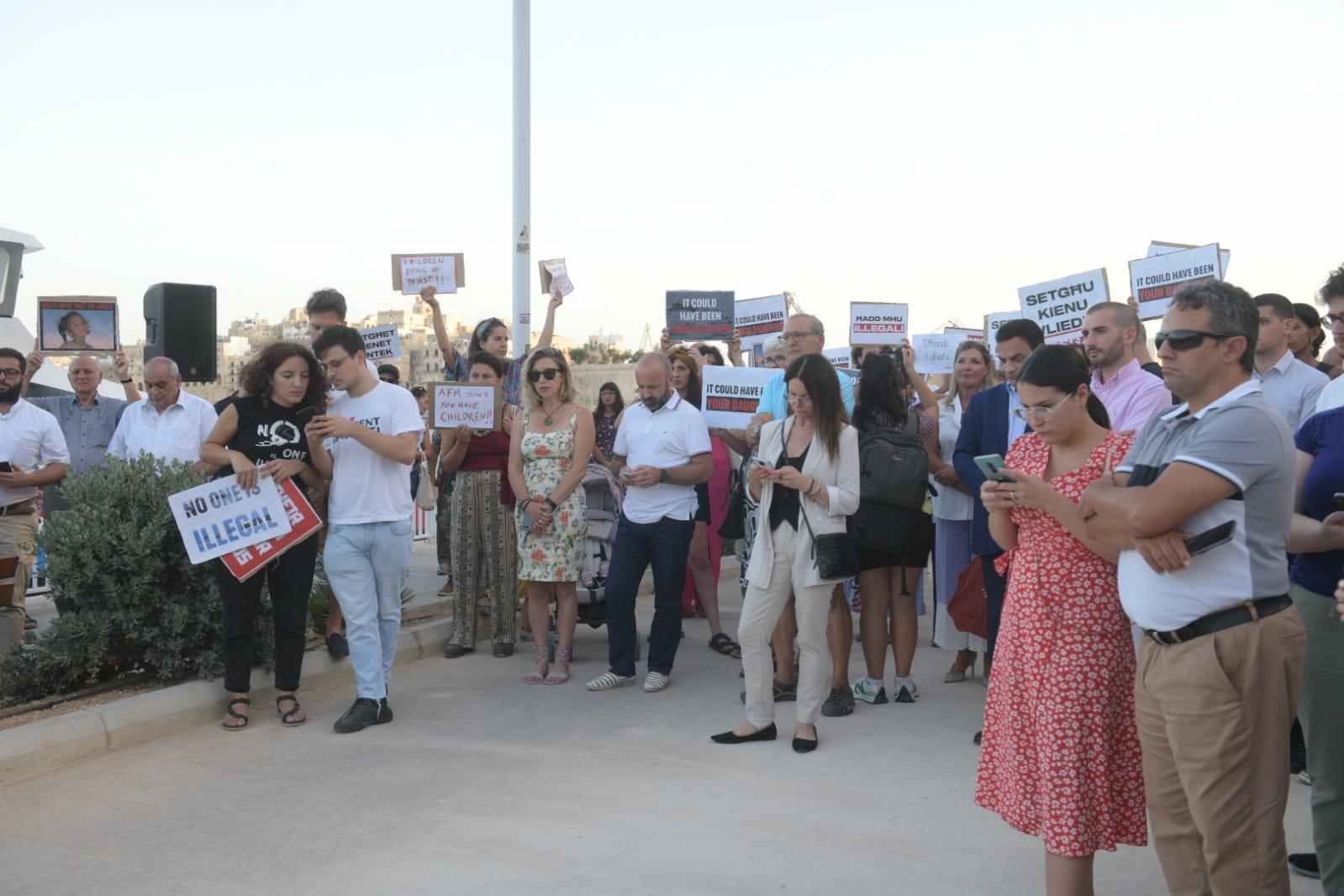 Participants at the vigil for all lives lost at sea. Photo: Matthew Mirabelli

“We left her to die because we took our time to do our duty. It was our duty to save the girl both on a human level and also at an international level. So as a society, we have to shoulder responsibility for her death,” the archbishop said.

Scicluna was speaking at a vigil for Loujin and all others who died at sea, organised by Moviment Graffitti.

We want to know what the government's policy is – Archbishop

Malta had accepted to have an extensive search and rescue zone, the archbishop said, but in doing so it could not just assume the advantages this brought with it while ignoring the duties that came with it.

“So we expect an explanation in Parliament as to why help was not forthcoming and what the government policy is. We expect better. And if our policy is not to help people in need, we say ‘not in our name,” Scicluna said. 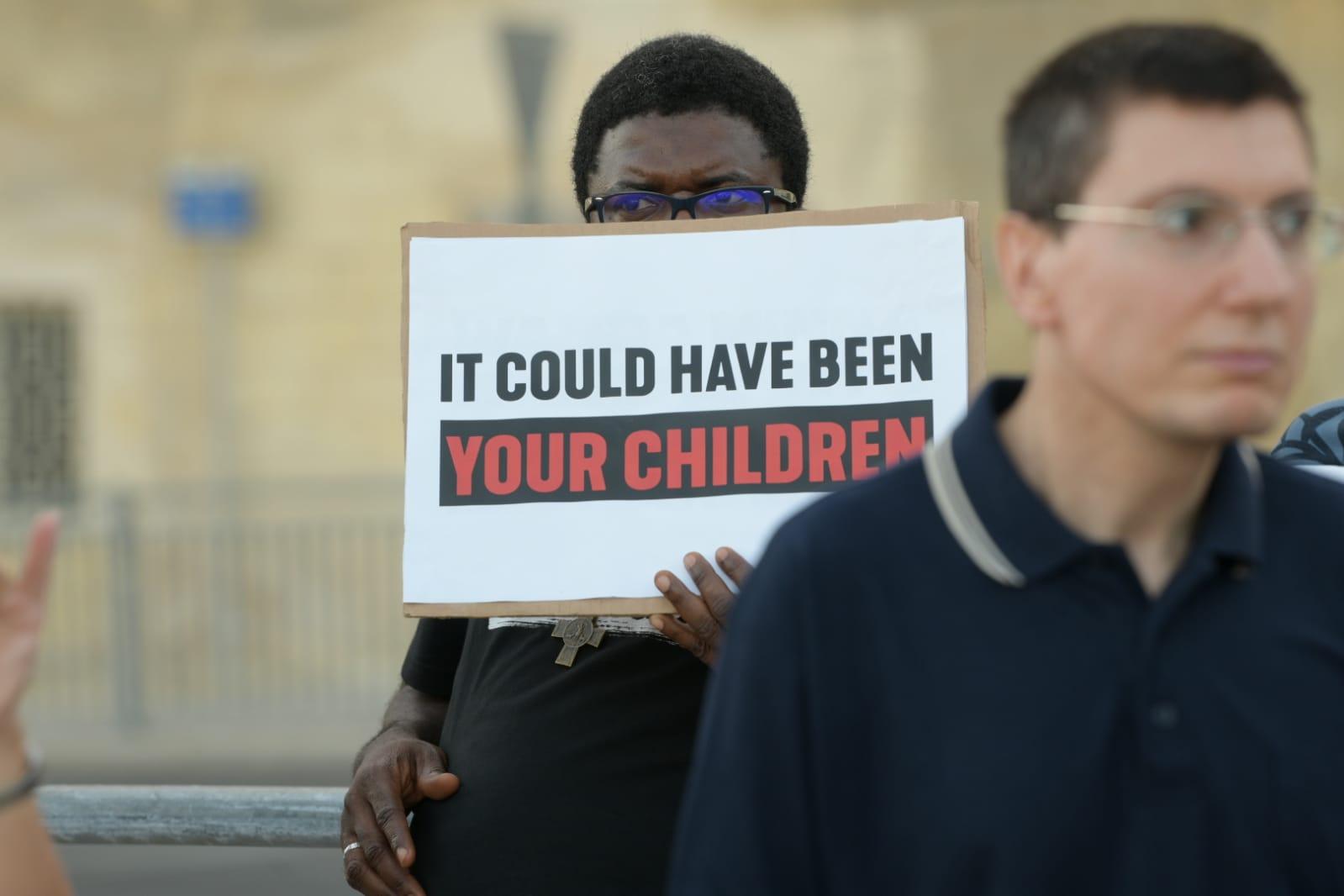 Earlier, President Emeritus Marie Louise Coleiro Preca said that what was happening in Malta’s search and rescue zone did not reflect the beliefs of the Maltese.

“We are here to show that what is happening, is not happening in our name,” she said.

Parents, the former president said, should look at the girl’s picture and reflect on what they would do if their children were in danger. Whether they would risk everything to save them.

She asked those who accused the girl’s mother what they would do in a similar situation. As a mother, Coleiro-Preca said, she would do the same. 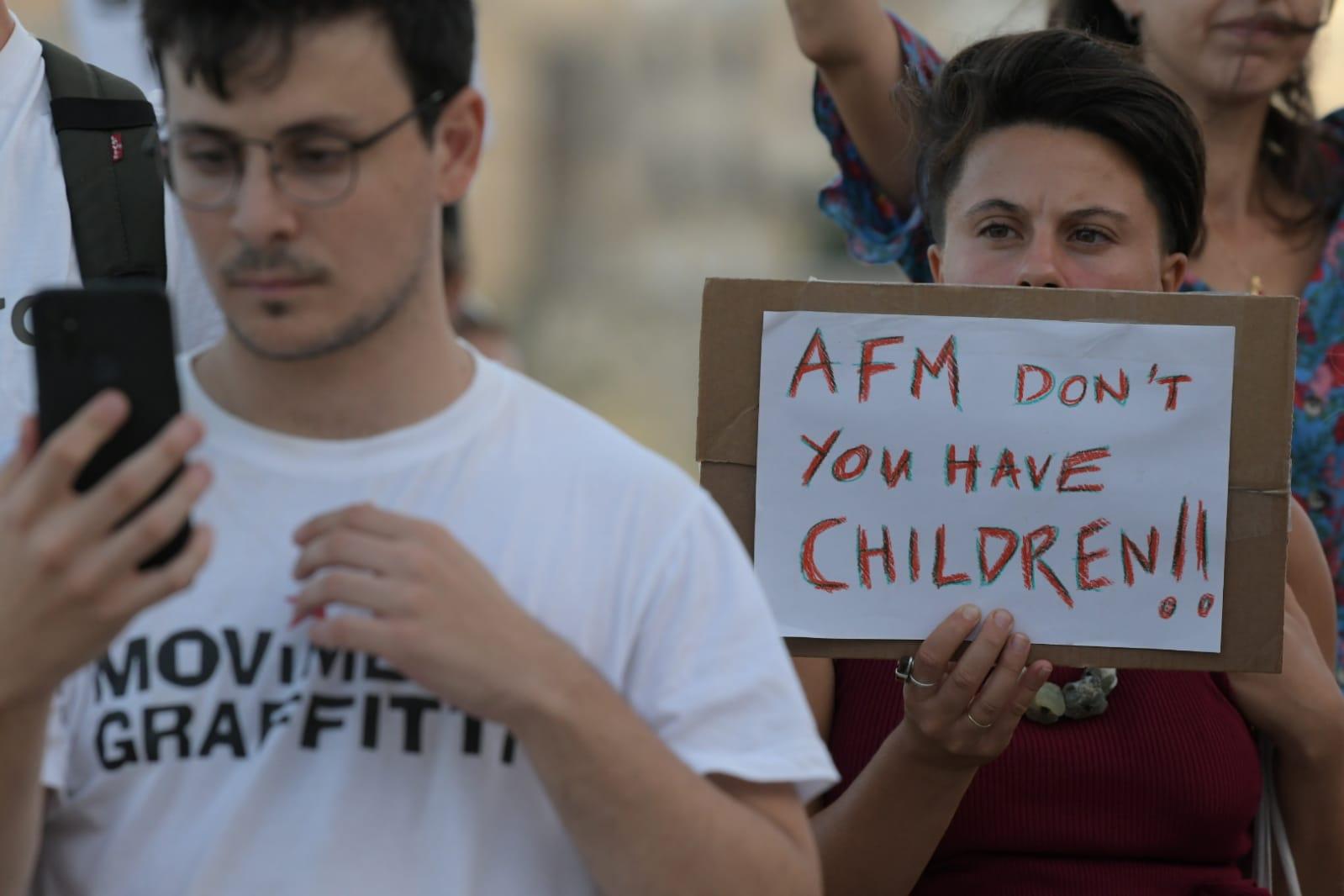 Coleiro-Preca said the policy of choosing who should enjoy human rights and who should not was not in line with the values on which Europe was built.

And what had become of the values the Maltese were known for, she asked.

She said that it is in everyone’s interest to stand up against a policy that divided people and that was making people fight against the rights of other people.

The Maltese she said, had the duty to save this girl and all people who are in danger.

Activist Peppi Azzopardi argued against holding a minute of silence as a sign of respect. “We have been silent for too long,” he said.

Flowers were then thrown in the sea by attendees in remembrance of all the people who lost their lives at sea while searching for a better life.

Graffitti said that Malta's inaction in defiance of the Law of the Sea and in violation of basic moral values and human rights had become "a murderous pattern".

As a result of Maltese, EU, and other member-state border practices, more than 20,000 people died in the Mediterranean between 2015 and 2021. Many others disappeared without being counted.

"We ask you the Malta government to reconsider your decision not to engage. Put an end to policies that currently dehumanise and brutalise the most vulnerable people; policies that deny the right to asylum, that delay rescue, that force people back to war zones and torturous detention camps.; policies that kill a four-year-old girl and other children at sea.

"We ask you to stop making us party to these cruel policies of abandonment.

"Rather, we ask you to act in solidarity with genuine respect for all human life," Graffitti appealed.

The AFM has said that they were notified about the situation on September 6 and the Rescue Coordination Centre diverted “all available assets to the rescue of the irregular migrants".