Maltese artist Julian Mallia, known as Julinu, was one of a team of international artists who were shortlisted to work on the eagerly-anticipated film Loving Vincent.

Loving Vincent, a uniquely animated production where every frame is a painting, premieres at the Eden Cinemas, St Julian's, on Monday. 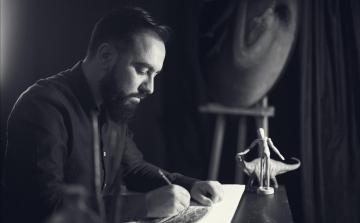 For one night only, art aficionados are welcome to experience the film premiere of Loving Vincent on Monday. The world got a peek at this film when a stunning trailer was posted online, becoming an overnight sensation.

The film begins after the death of van Gogh and follows one man’s quest to discover how he really died. He is believed to have killed himself, but he seemingly went from completely calm to suicidal in just a few short weeks.

In van Gogh’s own style of painting, we go along on an exploration into his extraordinary life and mysterious death.

A uniquely animated production where every frame is a painting

The screening of the film starts at 8pm, followed by a question and answer session with directors Dorota Kobiela and Hugh Welchman, cast, National Gallery curator and special guests, and will be broadcast live from the National Gallery and presented by BFI London Film Festival.