Simonne Pace catches up with Roy Taylor, professor of medicine and metabolism at Newcastle University, ahead of his talk in Malta on a possibly new diabetes cure involving diet supervision by GPs.

Groundbreaking research on putting Type 2 diabetes into remission could change the way this chronic disease is treated in the future.

This wonderful study – the Diabetes Remission Clinical Trial (DiRECT) – throws light on the possibility of lessening the severity of symptoms of Type 2 diabetes by following a low-calorie diet supervised by one’s GP.

“For people in the first six years of Type 2 diabetes, 90 per cent of those losing more than 15 kilos return to non-diabetic control, off all tablets and injections. For longer-duration diabetes, the chance gets steadily less, but never say never,” says Roy Taylor, professor of medicine and metabolism at Newcastle University, who is leading the research together with Mike Lean from the University of Glasgow.

More than 42,000 cases of diabetes in adults were registered in Malta in 2017, with the prevalence rate being a very high 13.2 per cent of the Maltese population, according to the International Diabetes Federation.

Is a Mediterranean diet healthy for someone who has Type 2 diabetes?

“The critical matter is to achieve a substantial weight loss, then keep it off. No food is ‘healthy’. It simply depends on the quantity. However, in general, a Mediterranean diet with restricted carb intake suits many,” adds the professor, who will be in Malta this week to deliver a number of lectures on the subject to explain how the body can achieve this.

The study, which isn’t finished yet, has produced some exciting results. Inspired by these results, NHS England have committed to piloting a Type 2 diabetes remission programme in 2019 and NHS Scotland are busy rolling out programmes right now. Modifications are also being tried and tested.

First-year results have shown that it’s possible for some people to put their Type 2 diabetes into remission using a low-calorie, weight management programme delivered by their GP. Almost half of those who took part in the programme were in remission after a year.

No food is ‘healthy’. It simply depends on the quantity

Second-year results of the trial showed that, of these people, 70 per cent were still in remission by the end of the second year.

Overall, more than a third of participants were in remission of their Type 2 diabetes two years after taking part in the programme.

The second-year results again showed that remission is closely linked to weight loss. Two-thirds of those who lost more than 10 kilos were in remission after two years.

As well as resulting in remission for some people, the second-year results showed that there are extra benefits to taking part in a weight management programme, including a reported better quality of life, improved blood glucose control and a reduced need for diabetes medications.

What does a weight management programme involve?

“Firstly, rapid weight loss by major calorie restriction on a liquid-formula diet. This sounds unpleasant, but in fact is not,” explains Prof. Taylor.

“It is associated with minimal hunger and no need for decisions on what to eat every day. Most people opt to continue it longer than the usual eight to 12 weeks. The second stage is stepped, gradual reintroduction of normal foods, but in quantities to allow weight to remain steady. The third stage is about long-term maintenance by avoiding overeating and ideally increasing physical activity.”

Asked how this approach would change the treatment of Type 2 diabetes in the future, the professor answers: “Being free of diabetes, and dramatically decreasing the risk of heart attack, amputation and stroke, is far better than progressing along a path of relatively ineffective pills and insulin injections, with major health risks.”

Can the research truly be life-changing for someone diagnosed with Type 2 diabetes?

“Type 2 diabetes, in the first six years after diagnosis, can be reversed to normal in 64 per cent of people who lose more than 10kg in weight and keep it off,” says Prof. Taylor.

In this study, the team defined remission as keeping blood sugar levels below 6.5 per cent without needing to take any Type 2 diabetes medications. Evidence suggests that the key to remission is weight loss.

But can remission ever lead to getting rid of diabetes for good?

“We do not have formal trial data longer than two years, but my longest duration personal patient has normal glucose control 14 years on from stopping medications,” says Prof. Taylor.

The professor harps on the importance of weight loss.

“Type 2 diabetes only develops when a person is too heavy for their personal constitution. Weight loss is urgently required at the time of diagnosis.”

In the meantime, Prof. Taylor and his team of researchers are following up the DiRECT participants and currently testing whether Type 2 diabetes in the non-obese can also be managed similarly.

The lectures by Prof. Roy Taylor are part of the LifeCycle – RUSH (Renal Unit Support Hub) series being held in aid of the Nescafé 3in1 LifeCycle Challenge 2019. 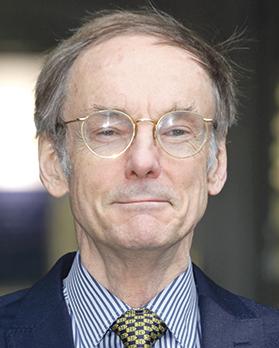 The talks aim to help individuals prevent kidney disease and to support people diagnosed with diabetes or who are obese.

The talks, which are open to the public, will be held on Friday from 5.30pm to 7pm and on Saturday from 9.30am to noon at The Courtyard, Hilltop Gardens, Naxxar.

A separate session on ‘Putting Type 2 diabetes into remission’ for primary care doctors and healthcare professions will take place on Friday from 8pm to 9.30pm at Hilltop Gardens. Supported by Nestlé Health Science Malta, the three talks will be followed by a light reception.