London is still the gargling capital of the world... and the place for quality mouthwash and fresh breath. It has been so for almost 300 years.

Floris, founded in 1730 by Menorcan Juan Famenias Floris, is the oldest English retailer of toiletries and perfumes.

Its first shop is still in London’s stylish Jermyn Street and contains the 1820 royal warrant from King George IV, a 1863 thank you letter from Florence Nightingale for “beautiful sweet-smelling nosegays” and a receipt of purchase from Sir Winston Churchill for Special No. 127 and the 1786 Stephanotis cologne (orange blossom, carnation and lily of the valley ), which are still in production. Floris 89 is Ian Fleming’s James Bond’s favourite splash-on. 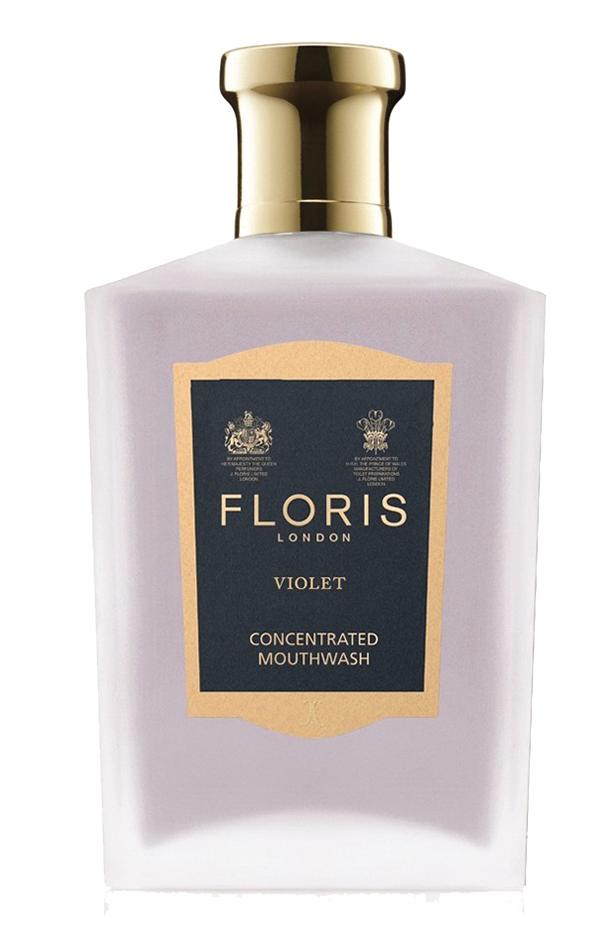 The violet/mint mouthwash is made according to an archival recipe.

The company has had over 20 royal warrants. The first was as a maker of smooth-pointed combs for the royal family ­‒ a fan was Mary Shelley of Frankenstein fame. Her hairbrushes and toothbrushes were made by Floris.

Edward Bodeham married into the family and continued blending fragrances in the shop basement. As well as violet and rose mouthwashes, the company still makes 1927,  Celiro, Edwardian Banquet as well as its latest, Tuberosa In Silk. It has also moved into the scented candle market as well as making Peony and Rose, Hyacinth and Bluebell, English Fern and Blackberry room sprays.

In 2017, 71/72 Eau du Parfum was launched in colloboration with shirt-makers Turnbull and Asser whose shop is just down the street.

Florin’s famous rosewater mouthwash was invented in the 1850s to be complemented with the company’s toothpaste, Dragon Roots. Add six drops to a small glass of water every morning and your breath will be pleasantly scented for the rest of the day. Used twice daily at the recommended dosage, 100ml should last you two months.

The violet/mint mouthwash is also made according to an archival recipe.