Conductor Oksana Lyniv on Sunday became the first woman to hold the baton in the 145-year history of Germany's renowned Bayreuth opera festival, with Chancellor Angela Merkel in the audience.

Lyniv, 43, from Ukraine, opened the festival dedicated to the works of Richard Wagner by conducting a new production of The Flying Dutchman directed by Dmitri Tcherniakov.

Merkel, a longtime Wagner fan, attended the premiere dressed in an orange jacket and a floor-length black skirt, along with her husband Joachim Sauer. 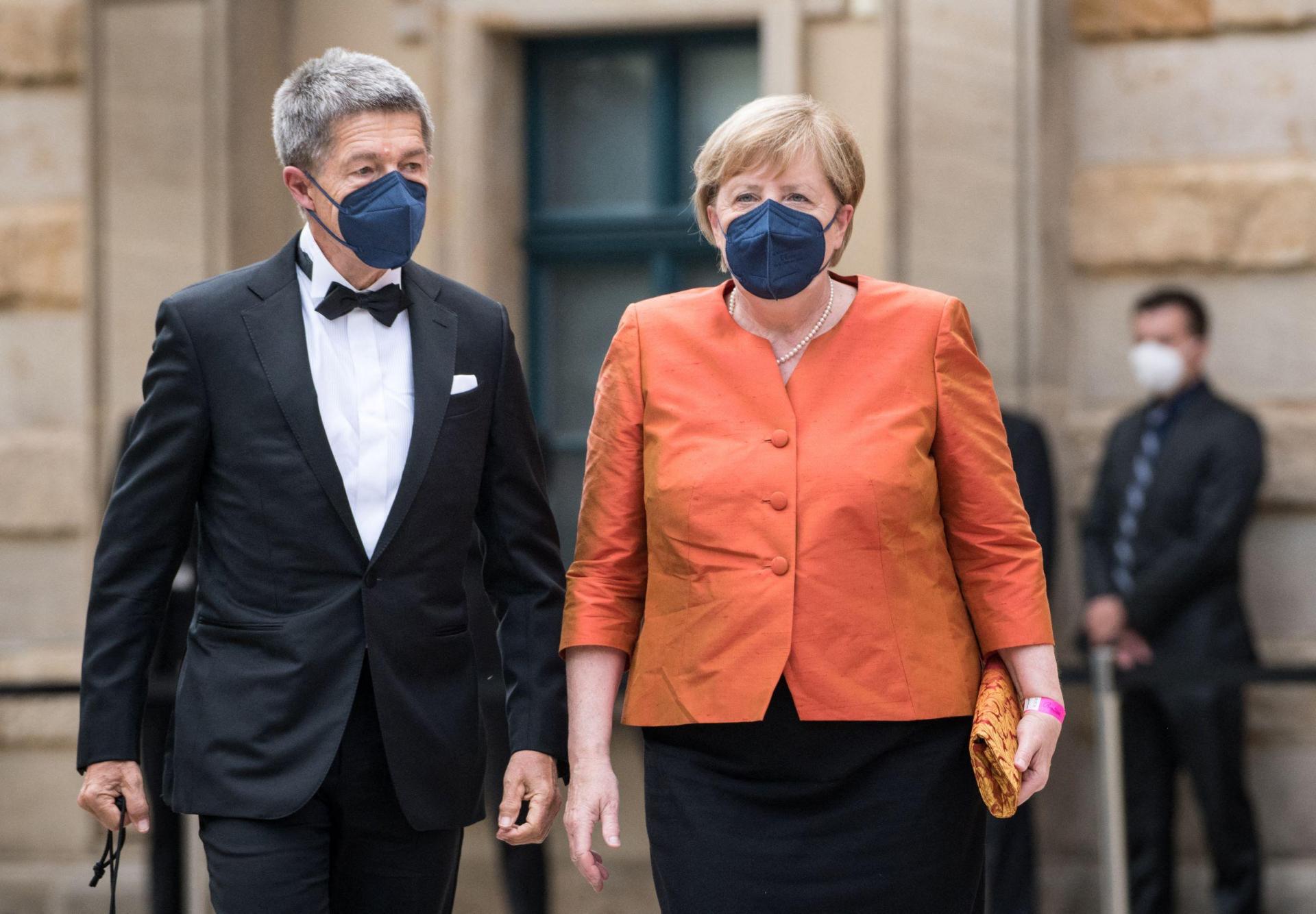 Asked last week how she felt about her appearance at the festival, Lyniv told the Berliner Zeitung newspaper: "A score by Richard Wagner is a major professional challenge for any conductor. Gender is irrelevant."

But she also said she was grateful for the set-up of the Bayreuth theatre, which famously covers the orchestra with a hood to conceal it from the audience.

"It won't be about what I'm wearing, how I'm conducting. It will just be about whether it's working or not, about the sound alone," she told the Sueddeutsche Zeitung.

After being cancelled last year due to COVID-19, the festival will play out in front of a smaller audience than usual, with only 911 people attending the opening performance.

Audience members must be fully vaccinated or able to show a recent negative test result, and all must wear face masks.

The famous Bayreuth festival chorus will also feature only in the form of recordings.

Angela Merkel, in evening dress, goes to the Bayreuth opera festival, dedicated to the composer Richard Wagner. This event, of which the German chancellor is a regular, had been cancelled last year because of the pandemic. Video: Pauline Curtet/AFPTV/AFP

Wagner's musical and artistic legacy from the 19th century is infused with anti-Semitism, misogyny and proto-Nazi ideas of racial purity.

His grandiose, nationalistic works were later embraced by the Third Reich, and Adolf Hitler called him his favourite composer.

Nevertheless, in purely musical terms, Wagner's achievements are undeniable and his operas figure in the standard repertoire of houses around the world.