An auction at Sotheby's in New York of the Macklowe modern and contemporary art collection brought in $676 million on its first night Monday, including a painting by Mark Rothko that went for more than $80 million, putting it on track to set a new record.

Billed as the highlight of the 2021 Fall season in one of the world's auction capitals, the sale lasted more than two hours, during which all 35 pieces were sold, four of them for more than $50 million.

Between 200 and 300 people were allowed to attend the sale at Sotheby's headquarters, after several virtual seasons owing to the COVID-19 pandemic.

Two lots were tipped to be the most expensive items of the evening, but in the end, it was a painting by the American expressionist Marc Rothko (1903-1970), entitled N° 7, which won with a sales price of $82.4 million, fees and commissions included, that nudged out Le Nez (The Nose), a bronze sculpture by Alberto Giacometti (1901-1966).

Both works were purchased remotely by Asian collectors, Sotheby's said.

In New York, the sale of two paintings by the pop-art master Andy Warhol was also highly anticipated: his famous Nine Marylins (1962), a series of faces of the movie star Marylin Monroe, in black and white, was sold for $47.3 million, while a Sixteen Jackies, depicting Jackie Kennedy, found a buyer for $ 33.8 million. 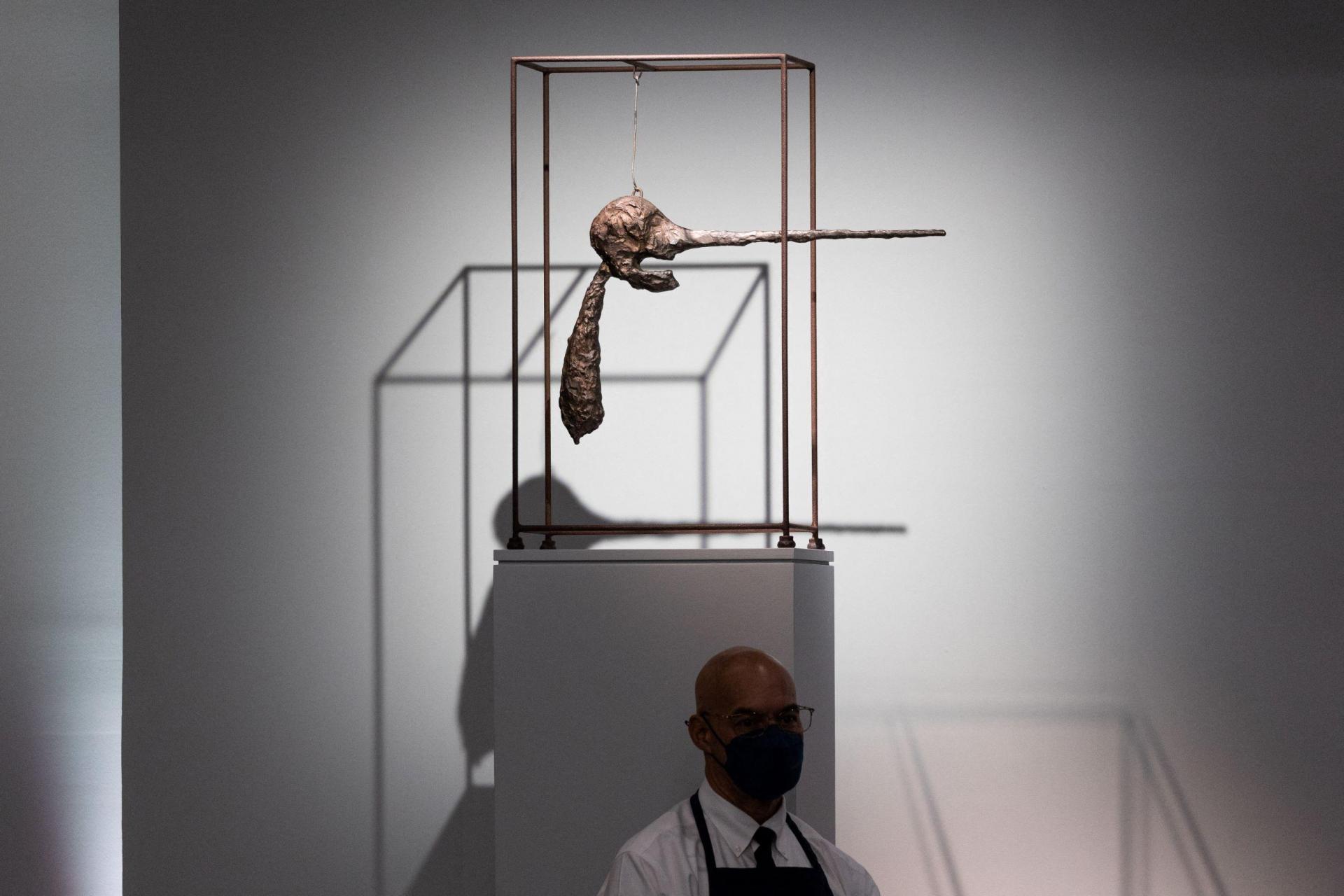 The sale was the result of a divorce in 2018 of real estate developer Harry Macklowe and his wife Linda Burg, a wealthy couple who had amassed an impressive art collection.

Only 35 of the 65 pieces in the collection were sold on Monday night, with the rest to be sold in the next auction season in the spring of 2022.

But with $676 million in one night, the total could well surpass the record set by the Rockefeller collection sold in 2018 at Christie's for $835 million.