A series of strong earthquakes rocked a wide area of central Italy near Perugia this evening, striking fear among residents rattled by a deadly tremor in August, but there were no reports of casualties and few serious injuries.

Three quakes, which struck about two hours apart from each other, caused the collapse of several old structures, including a number of historic rural churches that were empty at the time.

"The reports are not as catastrophic as we feared," he said.

All indications were that the damage would not approach that caused by the major quake that struck the Marche, Lazio and Umbria regions on Aug. 24, which devastated several towns and killed nearly 300 people. 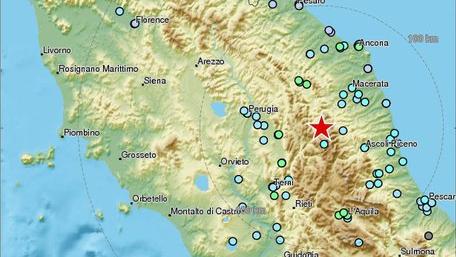 Amateur video footage on television showed clouds of dust rising as parts of buildings collapsed in some towns, including Camerino in the Marche region, where a bell tower fell on a building.

Massive boulders, some the size of cars, fell on the main north-south road of the Nera River valley that links mountain communities.

The tremors sent residents running into the streets in the rain and were strong enough to be felt as far south as the outskirts of Naples more than 250 km (150 miles) away and as far north as Venice, some 300 km (180 miles) away. Masonry fell from some buildings in Rome. 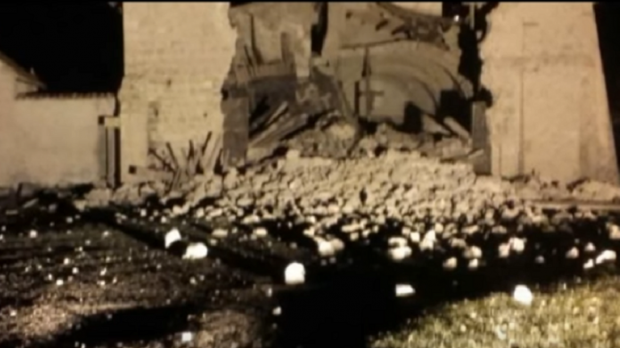 The epicentres of the quakes were near the town of Castelsantangelo sul Nera in the Marche region.

The historic late 15th-century rural church of San Salvatore in Campo, near Norcia in the Umbria region, which had been weakened by the August quake, collapsed.

Electrical power was lost in some of the areas and some roads were closed.

The earthquakes caused more damage to already precarious structures in Amatrice, the town worst hit by the 6.2-magnitude tremor in August, officials said, but there were no injuries. 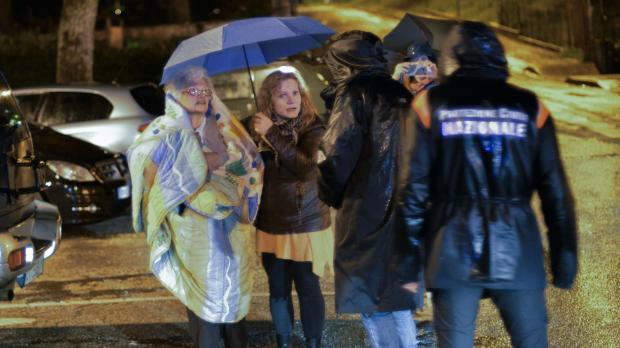