This focus on literary translation and the market for books in translation comes about from the recent publication of a collection of short stories by Maltese writer Trevor Zahra which I translated into English with the support of a grant from the Malta Arts Council and which was published by Merlin Publishers a couple of months ago.

Translating and publishing are a huge part of getting Maltese writing to a wider readership, but the final step is to make these books visible and available in local bookshops as well as to export to foreign ones. Books need to be sold if publishers are to invest in future work in translation.

I believe there is a market for translated fiction locally, but these books are hard to spot. They tend to be presented side by side with the Maltese text in the Maltese book section – the precise place that a non-Maltese reader would avoid! 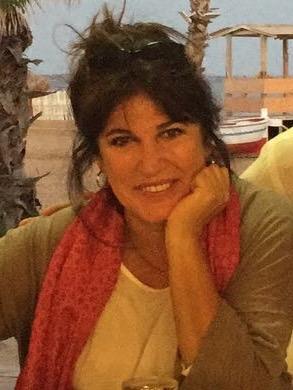 The Department of Translation Studies at the University of Malta offers a Postgraduate Taught MA in Literary Translation. We’re doing our bit in training new translators to take our writing far and wide to a broader readership – but the structures must be in place for this important and creative act of rewriting in another language to bear fruit for all concerned.

I invited each of these influential contributors to this feature to consider the issue of Maltese writing and literary translation from their own point of view.

Director of publishing at Merlin Publishers 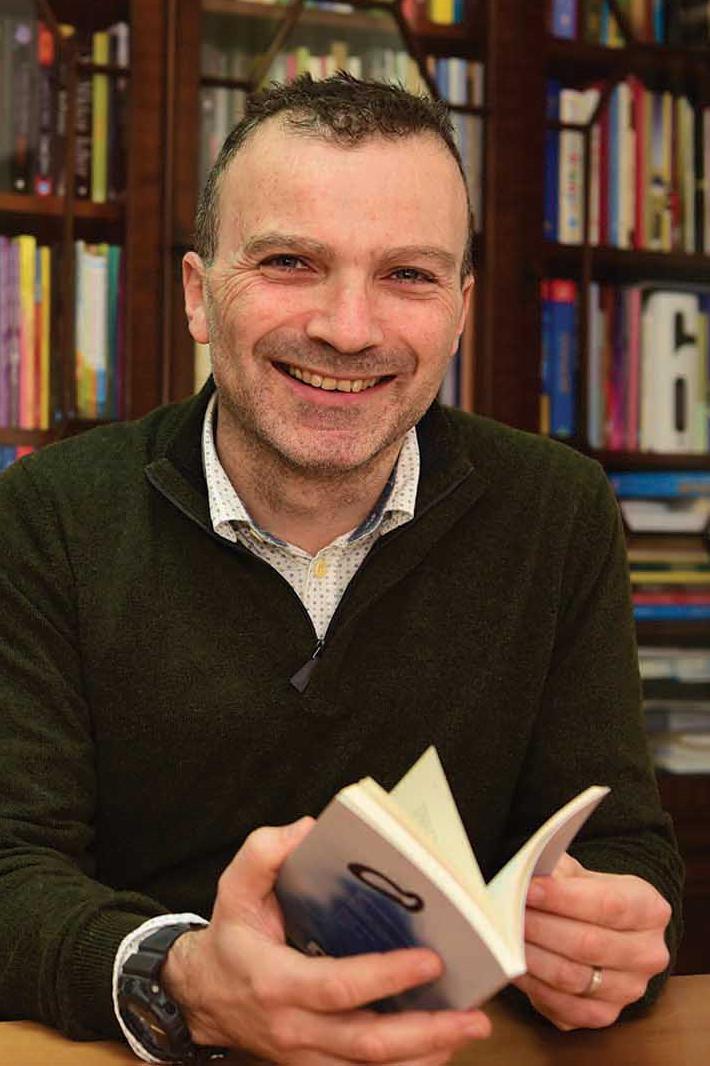 I’ve been around long enough to have witnessed the transformation of the Maltese literary scene, observing the ongoing honing of their craft of our best local talent as well as the burgeoning new generations’ writing. Today we can proudly say that the breadth and quality of Maltese literature is at its highest point in our history.

But all this success is destined to remain somewhat muted if these works of literature are limited to the half a million inhabitants of this rock. All literature screams to be read, and the beauty that is the Maltese language in this case also acts as a barrier to foreigners being able to enjoy what we’ve written.

Translation of Maltese literature into various world languages is the only realistic way of exporting Maltese literature, of giving Maltese authors a fair chance of having their work read widely. Over the past years, the National Book Council has worked miracles in this respect with funding and export opportunities, and a crop of highly sensitive translators have created beautiful translations that capture the voice and tone of the original works.

Sadly, Maltese literature in English translation is still not widely read and purchased here in Malta, and in a market-driven reality, this will sadly impact the number of translations that can be commissioned and published, going forward. 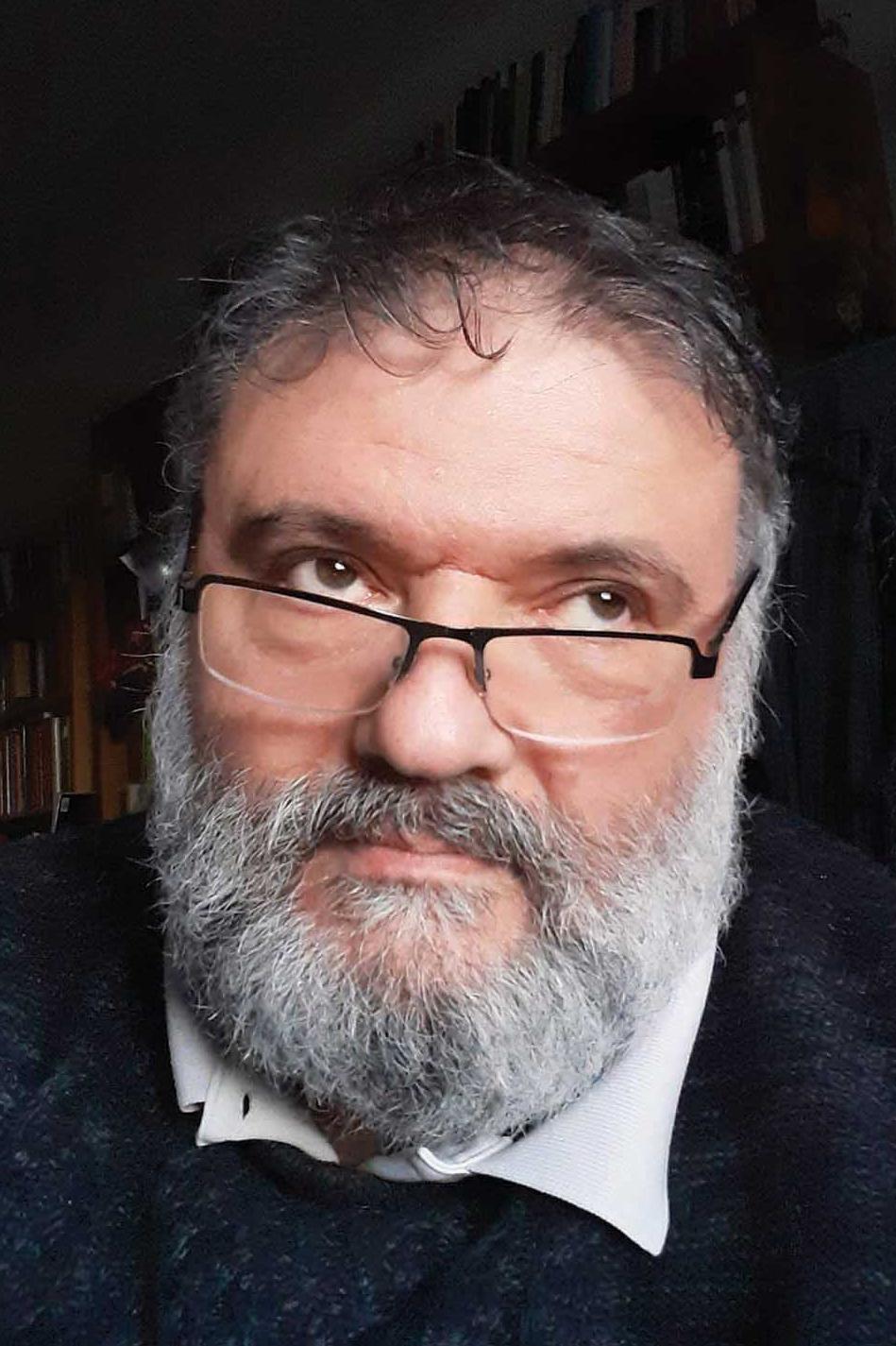 In these past few years, the number of Maltese books in translation has increased due to new opportunities. Maltese books have been translated and published, utilising specific funding programmes financed by the EU and the local translation fund established by Arts Council Malta and now being administered by the National Book Council.

These programmes have helped translate Maltese literature considerably, but exporting literature is a much more demanding job than merely translating books. To start with, many publishers refuse to consider unsolicited manuscripts, and many of them accept material for consideration only if sent to them by literary agents.

So far, we do not have literary agents in Malta, although the National Book Council sometimes does carry out that task. Nevertheless, I do not think the Book Council has the necessary setup for this.

Putting the agent issue aside, when publishers are approached to consider a translated work, they usually ask to read reviews about the book they are being offered. Reviewing is another principal issue that needs to be tackled.

There are practically no literary journals published in Malta, and the reviewing in newspapers is extremely limited. The local press in English too is invaluable in this matter but sadly is not helping much. Certain magazines and newspapers ask for payment to run a review.

On the other hand, there seems to be no editorial direction in the Maltese press regarding which books are reviewed and how. There are numerous disappointing and ridiculous accounts of Maltese books winning major awards, even foreign ones, yet they were never reviewed locally.

Foreign agents and publishers usually fail to understand why a country that insists on exporting its literature lacks such elemental things as journals and reviews. The sad thing about this is that books were reviewed regularly in all local newspapers in the past, so basically, we fell back rather than progressed.

Publishers also need to be informed of what is being produced locally. But we lack a literature information centre. There are also no book fairs specifically aimed at publishers (such as the Frankfurt book fair), and there is only one literature festival held annually with no agents or publishers invited.

Chair of the National Book Council 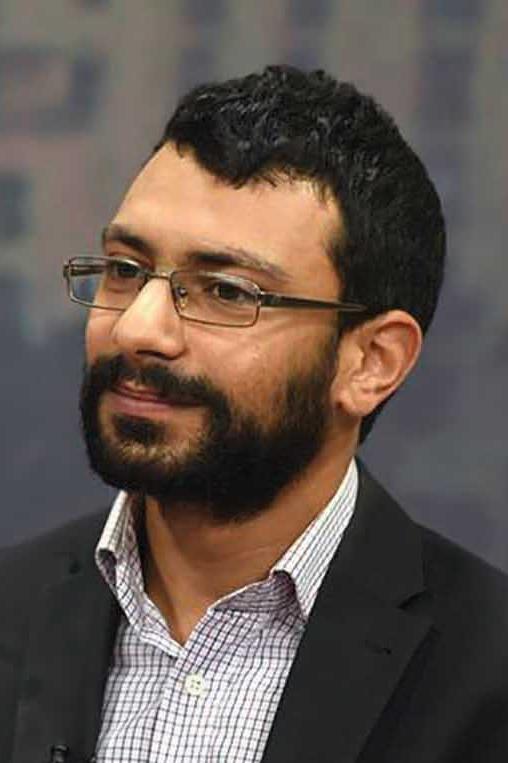 The biggest handicap of the Maltese book market is the fact that we speak Maltese and only we speak it. This means that the book market for Maltese books is rather small, leaving very little incentives to write and publish books in the first place. One of the ways by which we tried to increase revenues in the industry is by expanding our consumer base beyond our borders through translation.

Exporting books abroad through translation has not been cost-effective in monetary terms, and it would only be so if an author eventually would become an international bestseller. Nonetheless, the return on our investment is not merely monetary. By exporting Maltese books through translation, we are spreading our culture across the globe, and this is an existential issue.

Today, we are in the privileged position of exporting our language through translation. And I wouldn’t be reluctant to say that our export programme has actually been by far more successful than most of the other export programmes of small languages.

So how do we do it? We have sent hundreds of solicitations, pitches and presentations across the years. The success rate is probably around one per cent – and we are doing much better than many other small languages.

On the other hand, our export programme is the biggest Maltese cultural exporting machine after Joseph Calleja. And no other cultural entity in Malta has ever been able to export so much of our cultural product to so many different places in such a short amount of time.

Literary translator and publisher in Norway 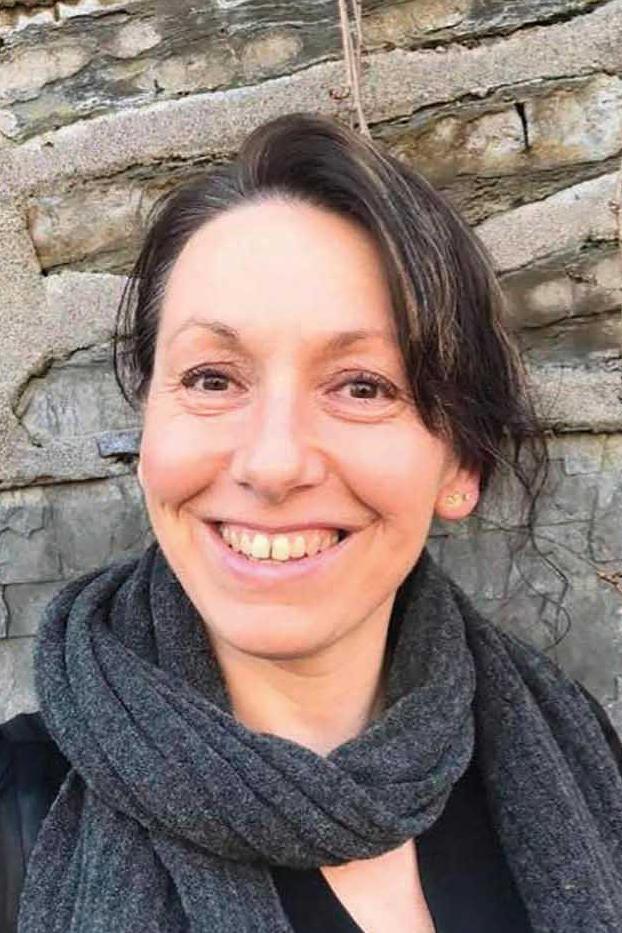 As half Maltese and half Norwegian, I have always wanted Norwegian readers to be invited into the Maltese story. I want new readers to travel through our history, our vineyards and our culture.

Finding wonderful Maltese novels to translate is not at all a problem. There are many to choose from, but it is important to find those books that will touch the foreign reader and, at the same time, introduce them to a new culture and country. It is therefore essential to know the target group in the receiving country.

If there is one thing Malta’s art world has in abundance, it is well-educated translators with a deep understanding of language. Much has been done in the field of professionalising the Maltese publishing industry in recent years, but there is still a long way to go when it comes to financing and ensuring the rights and needs of both the artist (the writer) and the translator.

When buying the rights to translate and publish Maltese authors, ensuring these standard contracts and royalty agreements was my first step, and these should be standardised. I do not know of any publishing house in Norway that will publish a Maltese book unless the rights of the creator of the original work is ensured first. 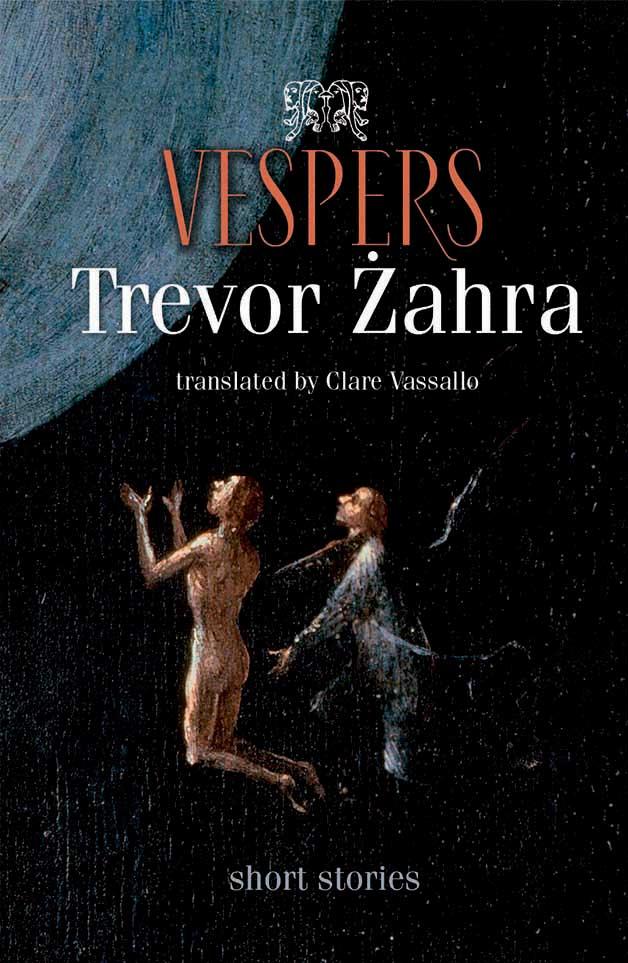 The same week that we launched Trevor Zahra in Norway, I brought 10 Norwegian travel and culture journalists, and a Norwegian literary agent, over to Malta for one week and invited them to The Book Festival. This press trip was in cooperation with MTA (Malta Tourism Authority) and was a part of my idea that promoting Maltese literature also has to do with promoting the culture, the food, the wine, the language and all the aspects of the island that we are proud of.

We cannot simply introduce Maltese books to a Norwegian audience and expect them to be interested.

Without the funding by the Art Council in Norway and now also in close collaboration and funding by The National Book Council of Malta, I don’t think we would have seen much Maltese literature in Norway anytime soon. 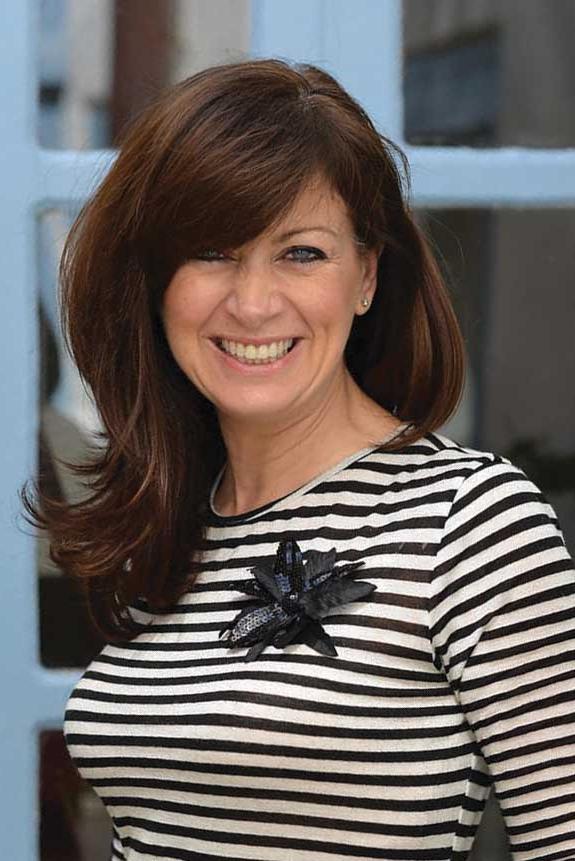 One of my radio series on CampusFM was How To Write a Book, where I interviewed 17 people in the ‘chain’ from publisher, distributor, cover designer, translator and, of course, writers. Trevor Zahra was suggested to me and I knew he was a demi-god of literature in Malta.

I’d been briefed on his work and it made me want to read it. But learning a language to the level where one can enjoy the subtle nuances, fully appreciate the characters and plot of a novel, takes years.

I tried to make up for this by participating in the audio-book recordings for the sight-impaired at the public library, but the books had to be by Maltese authors and there wasn’t much choice of those that were written or translated into English that would be of interest to the target audience.

Malta has a growing number of other nationalities who, frankly, are an untapped market.

We don’t entertain them. I’ve been banging on about this for years with columns in newspapers and eventually my own title where I could address this gap in my own way.

We showcased excerpts of works by Pierre J. Mejlak in our magazine and had other short stories by local authors published too. But it’s not enough and not fair on the non-Maltese speaking population to be missing out on the talent that is here.