The Great Siege of Malta was among the historic battles scribbled on the rifle of a gunman who brutally massacred dozens of people at a mosque in New Zealand on Friday.

'Malta 1565' was inscribed on the foregrip of the AR-style rifle used by a 28-year-old Australian called Brenton Tarrant who live-streamed the attack from a head-mounted camera.

The siege, the climax of an escalating contest between a Christian alliance and the Islamic Ottoman Empire for control of the Mediterranean, was among the crusades references and anti-Muslim rhetoric written on the rifle.

The Great Siege is often invoked by right-winger and anti-migrant factions in Malta to hit out at migration flows.

Another still image shows the inscription ‘Malta 1571’ in reference to the Battle of Lepanto.

In photographs from a now deleted Twitter account associated with the suspect that match the weaponry seen in his live-streamed video, there is also a reference to 'Vienna 1683', the year the Ottoman Empire suffered a defeat in its siege of the city at the Battle of Kahlenberg. 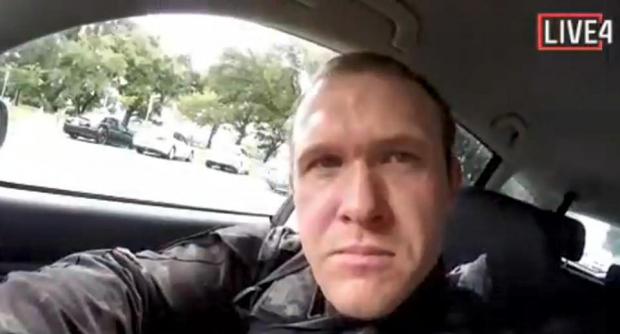 Alongside the slogan “Here’s your migration compact” — an allusion to a United Nations deal signed last year that has been opposed by the US, Poland, Austria and Hungary — it names at least four of the turning points in wars between Christianity and Islam, according to the Times of London.

Other phrases point to a familiarity with contemporary white supremacist propaganda.

A total of 49 people were killed - 41 were killed at Masjid Al Noor Mosque, seven at Linwood Masjid Mosque and one died at hospital, another 48 are in hospital with gunshot wounds and 20 are in critical condition.

It is the biggest terrorist attack in New Zealand.