Malta International Airport closed off 2019 with a record 7,310,289 passenger movements.

This translated into a 7.4% over 2018, marking the 10th year of traffic growth for the airport.

This rise in passenger numbers was observed in parallel with a 7.3% increase in seat capacity. Measuring the occupancy of seats available on flights to and from MIA, seat load factor (SLF) remained unchanged from the previous year to stand at 81.8%.

This solid full-year performance was partly driven by improved flight schedules for both the winter and the summer months. 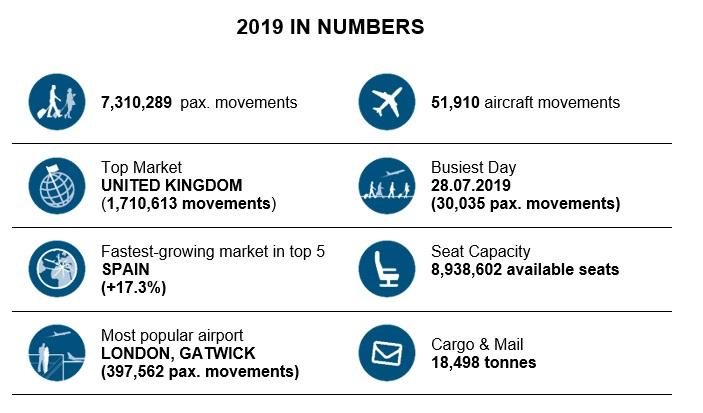 While growth of 7.2% was posted in the winter and shoulder months, the peak summer months saw a marginally higher increase in passenger movements of 7.6%.

On the other hand, the largest contributor to full-year traffic was August, registering just over 823,000 passenger movements.