Hollywood movie set designer Peter Howitt - who moved to Malta in the 1970s and who went on to mentor several theatre people -  has passed away. He was  93.

Howitt, a four-time Oscar nominee, created the sets of many classic films, including the Indiana Jones films, Braveheart, Mission: Impossible, Superman  and The Great Gatsby.

When he moved to Malta in the 1970s, first living in Gozo, he continued working his magic within the local theatre scene creating spectacular sets for productions of theatre company MADC and the YADA Dance Company until some years ago. 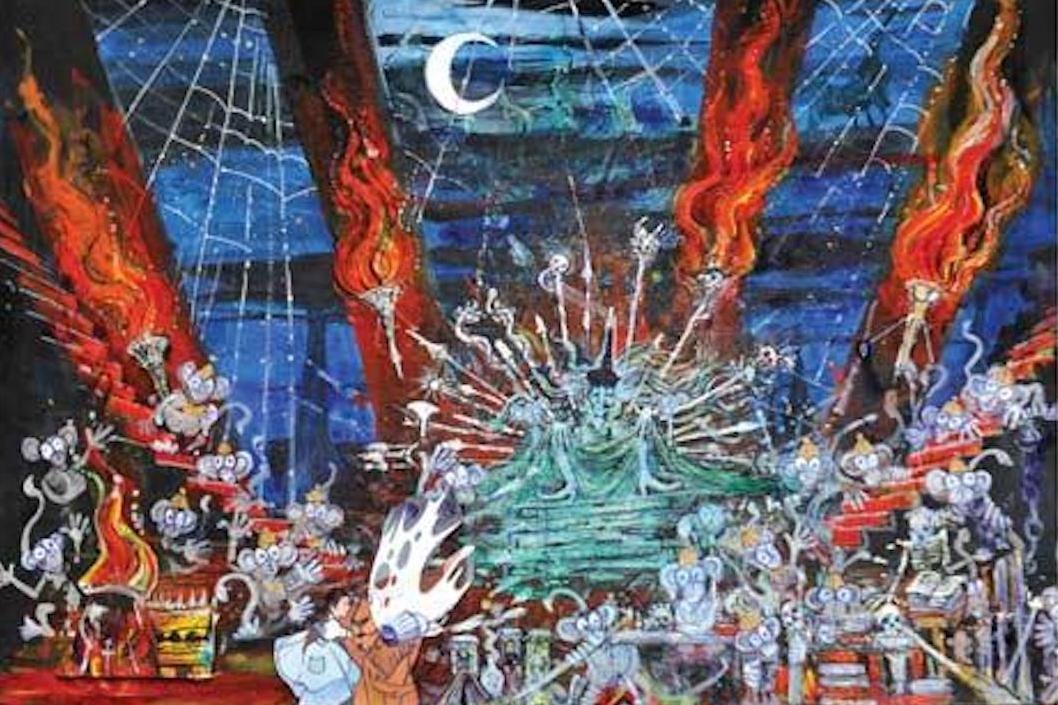 A sketch of the set design for the 2012 MADC panto Wizard of Oz, by Peter Howitt.

“He was a genius. A humble man. He mentored so many theatre people in set design and beautifying something out of nothing. He would take an idea in mind and turn it into something I would have never imagined, with his eye for art and for the theatrical. He will be sorely missed. The arts lost a friend,” said actor and script-writer Alan Montanaro.

He recalled how Howitt would sketch “the most intricate of backdrops” on the back of a cereal box, then use the boxes to build models.

“You’d see him using a broomstick as a paintbrush in the darkness. He’d splash away and you’d wonder what on earth he’s doing. Then you take a step back to see he had painted a phoenix. He saw beauty in everything,” Montanaro said.

My job is to fire them with enough imagination to be able to bring it all to life.- Peter Howitt

In an interview with Times of Malta, published in December 2012, Howitt recounted how he never entertained any notions of working in the motion picture industry.

“I didn’t want to be in films at all – I hated the idea. I always wanted to be in theatre… I got into movies completely by accident,” said Howitt who was born in Wimbledon, England. From a young age, his passion lay in painting.

As a teenager, he began painting at Covent Garden. He was asked to do an advert for Pinewood Studios - a job that got him noticed.

In 1969, he was offered Anne of the Thousand Days, starring Richard Burton. It was the film that put him on the map – and the film where he first encountered the glamorous Elizabeth Taylor, who became his friend and even visited him in his Gozo home where he lived from the 1970s up till the 1990s when he moved to Valletta.

In the 2012 interview, Howitt’s humility shone through.

“You’re only as good as your workmen are with you. They become an extension of you. I can design a door but I can’t tell the carpenters how to construct it to make it swing both ways. My job is to fire them with enough imagination to be able to bring it all to life,” he had said.