A Malta-based video game company has been banished from the world's largest online gaming marketplace, on the suspicion it posted fake reviews of its own games.

Insel Games, which operates out of an office in Balzan, had its online Steam store shut down earlier this month after an anonymous employee on social media site Reddit claimed the company's CEO "threatened" employees who did not post positive reviews of the firm's latest game.

The Redditor posted an email from the company's CEO in which he urged workers to buy the company's latest game "or explain to me tomorrow why you do not wish to do this."

In the email, CEO Patrick Streppel told employees that the company's latest game, Wild Busters, was not selling well and only had six reviews on Steam.

Mr Streppel wrote that the company's future depended on the game being a financial success.

"If WB [Wild Busters] fails, Insel Fails, IME fails and then we all have no job next year," he wrote.

He went on to tell employees that he would refund them if they bought the game.

Following Mr Streppel's email, which was dated December 14, 2017, reviews for Wild Busters increased significantly, and a number of Redditors noted that many of the reviews came from users whose only other reviews were for other Insel games.

As talk of the alleged voting manipulation picked up traction, a Steam representative said that the platform had decided to terminate its relationship with Insel Games and remove the company's games from the Steam store. 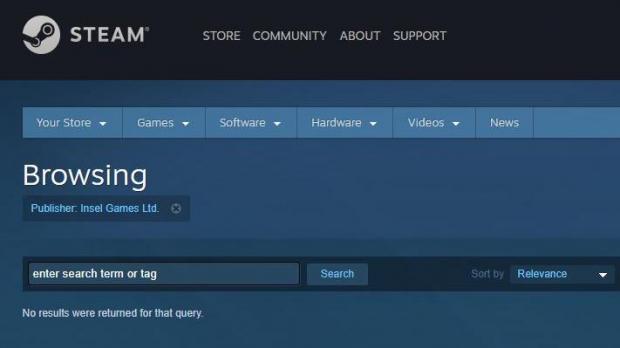 No Insel Games products are available on the Steam store.

"The publisher appears to have used multiple Steam accounts to post positive reviews for their own games," they said.

Being excluded from Steam is a huge blow to the company's hopes of success, as it leaves them frozen out of a marketplace with more than 150 million registered users and almost 12,000 video games for sale on its online store.

In a statement, Insel Games said Mr Streppel's email had never been intended as a threat and simply sought to rally support for Wild Busters.

"No staff has received penalties for not buying the game or writing a review. There also never were texts or instructions provided for reviews," the company said, adding that it was in discussions with Steam about the incident.

Mr Streppel set up Insel Games in 2016, having previously established consulting and content agency IME in Hamburg. The company is registered as operating out of an office on Triq il-Kannizata, Balzan.

Filtering out fake reviews has become a constant battle for e-commerce platforms and review sites, and it is easy to see why.

A Harvard Business School study dating back to 2011 had found that for every one-star increase in rating, restaurants stood to gain up to nine per cent more customers.

Astroturfing on Amazon, for instance, has led to developers creating tools such as Fakespot, which churns through metadata to identify suspicious posters.

The practice left travel site TripAdvisor with egg on its face late last year, after a London journalist managed to bump a restaurant that didn't exist to the number 1 spot using just fake reviews.

In an interview with MaltaProfile, Mr Streppel had touched upon the challenges of standing out among the crowd, saying cutthroat competition in the video game industry made competing difficult.

"The sheer flood of new games makes it very difficult to gain players' attention," he had said. "It is difficult for a game to appear on the front page of Steam."