Migrants rescued in Malta's search and rescue zone are to be held on a Captain Morgan boat moored 13 nautical miles off the coast, Times of Malta is informed.

The Europa II, which usually ferries tourist on trips around the island, left Sliema on Thursday afternoon bearing a poster with the EU flag and the phrase: "European Solidarity".

It will initially hold 57 migrants, who were rescued in Maltese waters on Tuesday and Wednesday in an operation that is understood to have been coordinated by the Maltese government.

The arrangement follows Malta's decision to close its ports in the wake of the coronavirus outbreak.

It is a move that throws down the gauntlet to the EU, which has insisted that the issue of disembarking migrants is the responsibility of each member state. 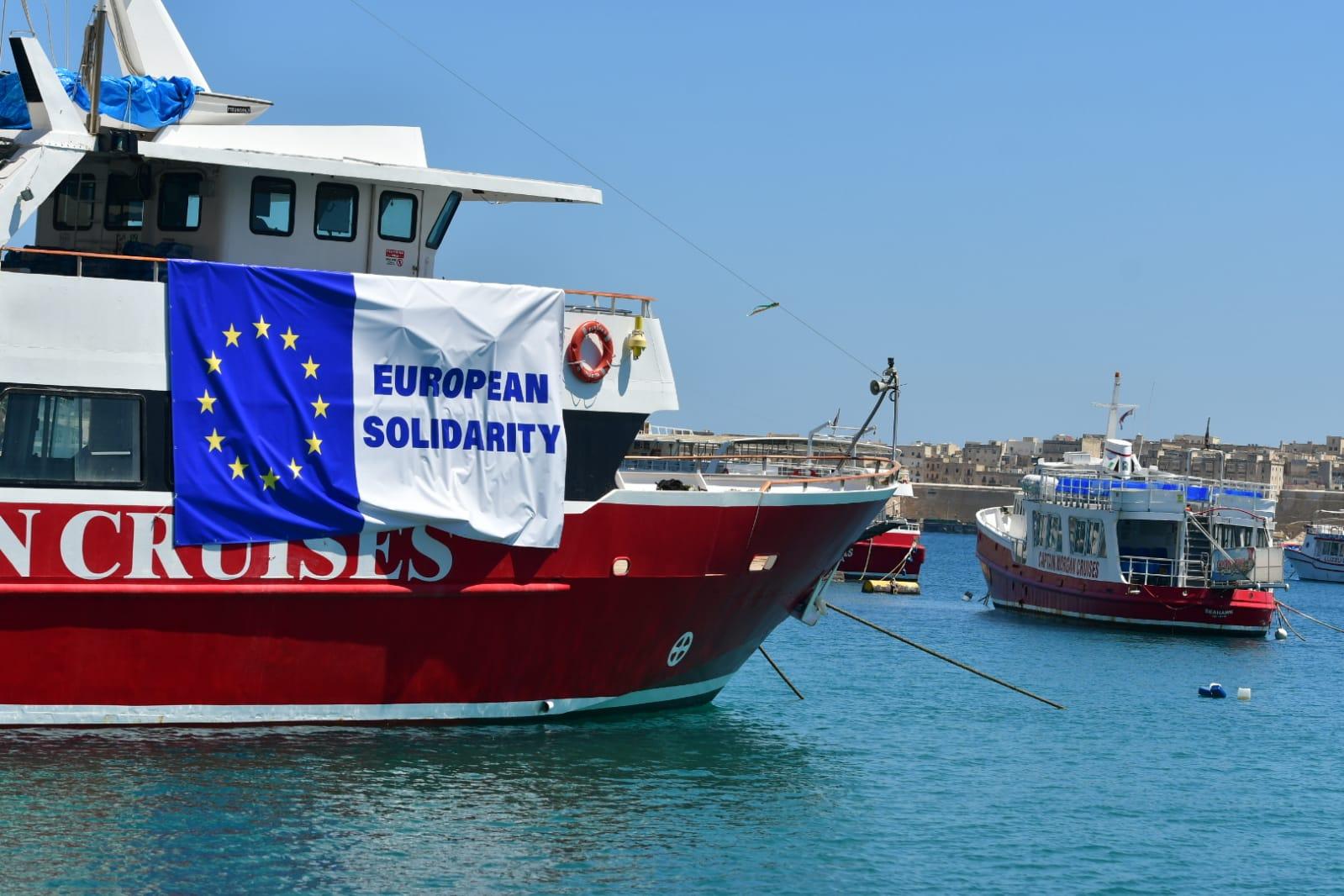 The decision comes just a day after controversial former Office of the Prime Minister advisor Neville Gafa claimed in court that he had helped to arrange an operation that saw migrants being pushed back to Libya.

It is understood that the Maltese government arranged for a boat called the Dar al Salam I to rescue the 57 men on board a dinghy.

They are expected to then be transferred to the Captain Morgan at some stage on Thursday evening.

A spokesman for the Office of the Prime Minister said: "Malta’s position remains very clear. Our ports are closed. Now it’s up to the European Union to shoulder responsibility and show solidarity towards these illegal migrants.

"In fact, whilst Malta was conducting the rescue operation, yesterday the government of Malta initiated official talks with the European Commission and all EU member states, so that these immigrants are permanently relocated.

"The European Union is facing an enormous crisis of human trafficking and our country, alone, is not in a position to do more."

According to the Captain Morgan website, the 35-metre-long vessel can take up to 445 passengers. It is understood that it left with food and medical equipment.

Italy and Malta have both closed their ports amid the COVID-19 outbreak, sparking anger among humanitarian organisations who insist EU states should not be risking human lives because of the virus measures.