The government has chartered a fourth tourist boat to hold a further 75 migrants rescued by the Armed Forces of Malta on Wednesday night, Times of Malta can reveal.

Sources close to the government confirmed that all of Captain Morgan’s available boats were taken so another operator, Supreme Cruises, was commissioned to supply the boat.

A spokesman for the company said the Jade, currently berthed at the Sliema Ferries, was being loaded with supplies before it leaves for its destination, 13 nautical miles east of Valletta, close to the three other Captain Morgan vessels which currently have just over 350 migrants on board.

He said the government had asked for a vessel that could accommodate up to 250 people - a sign that it is preparing for a busy season as good weather tends to encourage people to leave Libya for Europe. 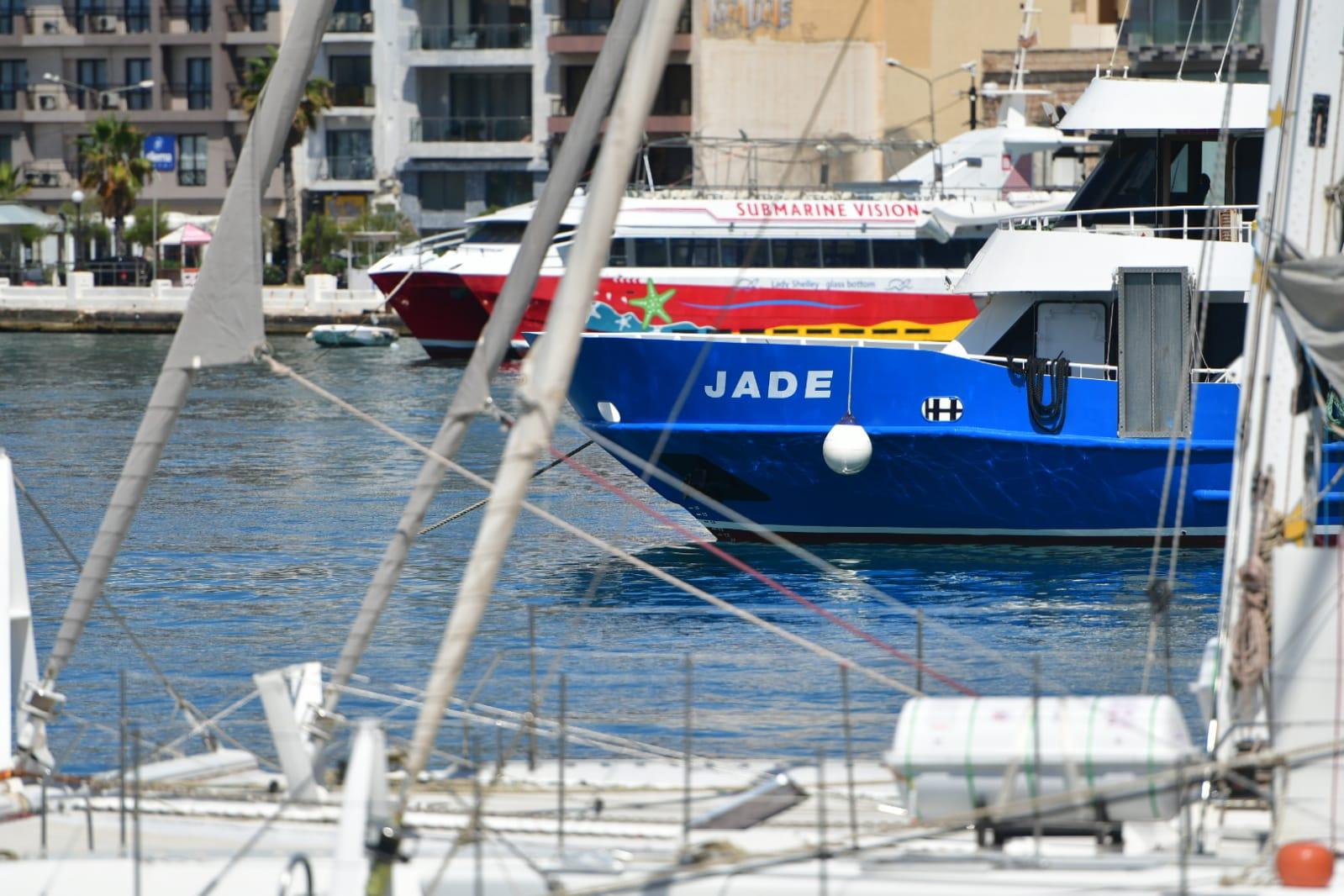 The Jade, operated by Supreme Cruises, is the fourth tourist vessel commissioned by the government to house migrants until a European solution is found. Photo: Jonathan Borg

The Jade is licenced to carry 500 passengers but the number is calculated for a harbour cruise or a day-long trip to Comino or around Gozo. The boat can take up to 250 mattresses for people to sleep on.

On Wednesday night, a group of migrants, all men, were rescued by the AFM and were temporarily transferred to a Captain Morgan vessel until the arrival of the new boat.

Alarm on the boatload of migrants was first raised by NGO Alarm Phone, an emergency hotline, which said on Wednesday it had received a distress call from a boat with approximately 80 people who had left Libya for Europe. They told Alarm Phone that they were within Malta’s search and rescue area.

The NGO said it then lost contact with the boat until the afternoon when they said the migrants established contact again, saying their boat was taking in water and that they were panicking because their boat also had engine trouble. Alarm Phone said that 10 hours after alerting the Maltese authorities, there was no rescue in sight.

Wednesday’s rescue follows one on Tuesday when the AFM rescued 90 migrants, with 27 of them, consisting of minors and women, being allowed to disembark in Malta despite its decision to close off its ports to asylum seekers, citing health concerns over the COVID-19 pandemic.

The minors and women, who are considered vulnerable, were allowed to disembark in Malta “for humanitarian reason”, the AFM said. The rest were transferred from the AFM patrol boat to one of three Captain Morgan tourist boats being used to house migrants just outside Malta’s territorial waters.