Malta will be protecting locals from pressures of rising energy prices, Prime Minister Robert Abela pledged at the end of an EU Council summit that focused on the spike happening across Europe.

EU member state leaders ended a two-day council summit on Friday, with a discussion about how to best tackle the strains of rising energy prices high on the agenda.

They concluded that the EU Commission should study gas and electricity markets to see whether certain trading behaviours require regulatory intervention, and invited the Commission to use the tools at its disposal to provide short-term relief to the most vulnerable consumers and companies, while “taking into account the diversity and specificity of the situations of the member states.”

In comments at the end of the summit, Abela said that Malta had emphasised that last point during its interventions.

“Our position was clear,” he said. “We will continue to support our people and businesses, in the context of the particular realities our country faces.”

Abela said that just as Malta had introduced the COVID wage supplement to support people through the pandemic, the government now had to ensure that rising energy prices “does not translate into an added burden on people.”

Robert Abela speaks at the end of the EU Council summit. Video: DOI

Energy prices have soared in recent months across Europe, adding pressure to households already battered by a pandemic and rising inflation.

Local prices were among the lowest in the EU during the first half of the year, Eurostat figures indicate.

EU leaders discussed a raft of potential measures during the summit, with some calling for the EU’s energy market to be revised and others saying an emissions trading scheme should be cancelled. 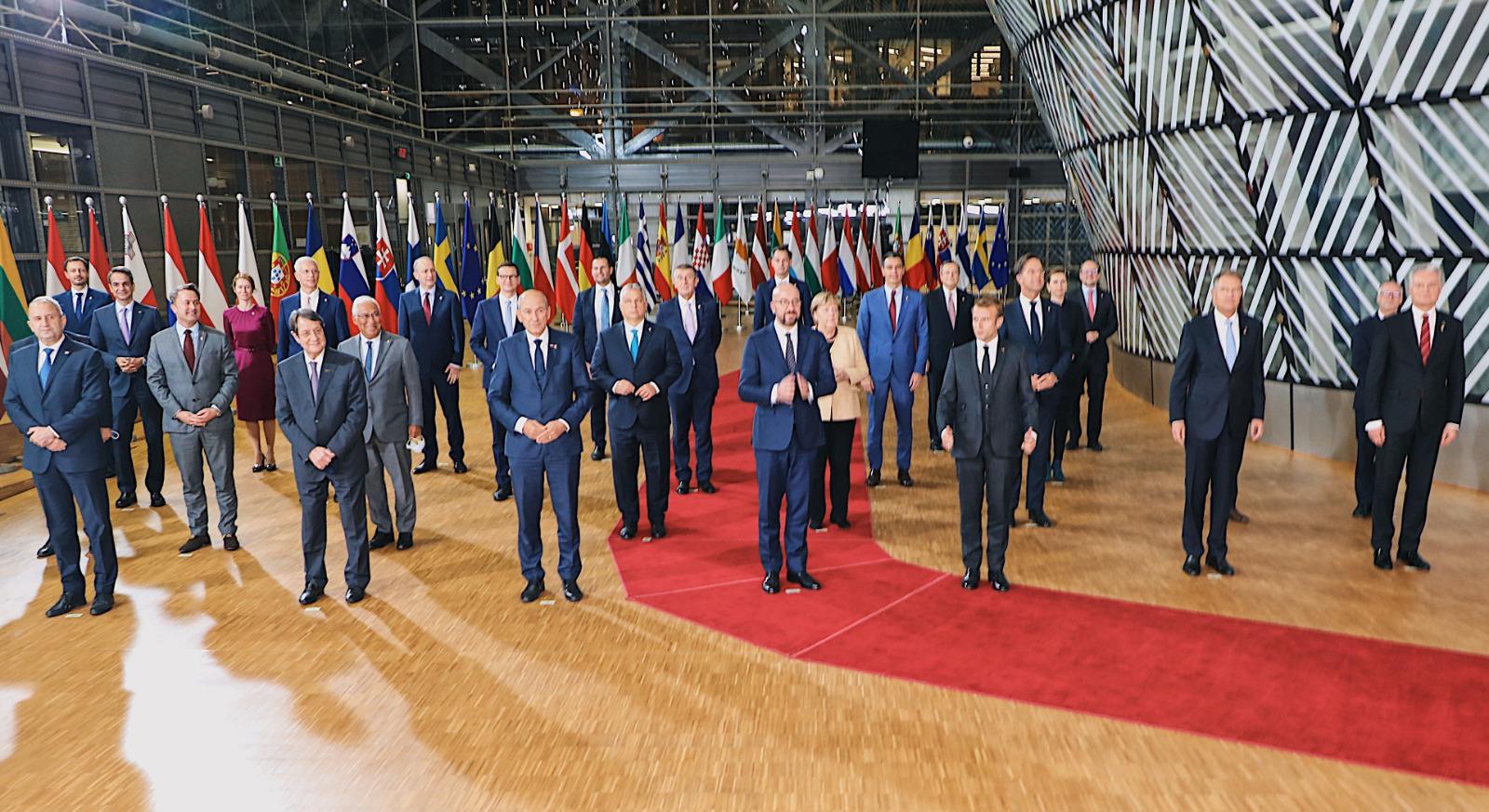 But leaders ultimately limited themselves to pushing for the EU Commission to use all the tools already at its disposal to help alleviate pressures. That includes studying the option of jointly procuring gas and accelerating the transition to green energy sources.

EU leaders also spoke about COVID-19, which is rising in some member states which have low vaccination rates, and migration, calling on the EU’s high representative for foreign affairs to implement action plans first presented in June. Those action plans focus on so-called ‘countries of origin and transit’, where migrants heading to Europe depart from.

Leaders took a hard line on suspicions that Belarus is using migration as a political weapon by sending migrants to EU borders, saying that it would not accept “any attempt by non-EU countries to instrumentalise migrants for political purposes.”

Discussion also veered to rule of law issues following a Polish court decision that ruled that domestic judgements have primacy over EU ones. But while reports stated that the discussion was heated, it was pointedly kept out of the EU Council's official conclusions.

The EU Council summit was Angela Merkel’s last, with the German chancellor bowing out of politics. Merkel, who attended 107 EU Council summits over her 16-year tenure, received a standing ovation from fellow EU leaders.

"You are a monument," the host of the summits, European Council chief Charles Michel, said in the closed-door homage to her, according to an official in the room.

An EU summit "without Angela is like Rome without the Vatican or Paris without the Eiffel tower", Michel said.

He handed Merkel a perspex cube with a globe described as an "artistic impression" of the Europa building where EU summits are hosted.

Merkel, with characteristic lack of fanfare, thanked journalists for their long nights at summits, though she offered a strong word of caution on the challenges still facing the EU, and her German successor.

"I am leaving the European Union, as far as my responsibility of Federal Chancellor is concerned, at a point in time where there is cause for concern," she said.

"We have overcome many crises but we have a series of unresolved problems," she said, citing disputes on migration, the bloc's economy, and rule of law in EU countries.