A new fish for the Mediterranean - the white unicorn Naso annulatus - has been caught in Maltese waters.

The fish was captured in Birżebbuġa in October last year as part of the annual Spot the Alien fish campaign.

News of its discovery however has only recently been published in a paper in the Biological Invasions Records (BIR) journal co-authored by Alan Deidun.

"The fish was photographed after gutting, and the photo was sent by the fisher to one of the authors (Alan Deidun)," the paper reads.

"Unfortunately, later, the fish was consumed".

The fish was identified as a white unicorn, which is commonly found in the Indo-Pacific region from the Red Sea and East Africa, north to southern Japan, and south to Lord Howe Island. 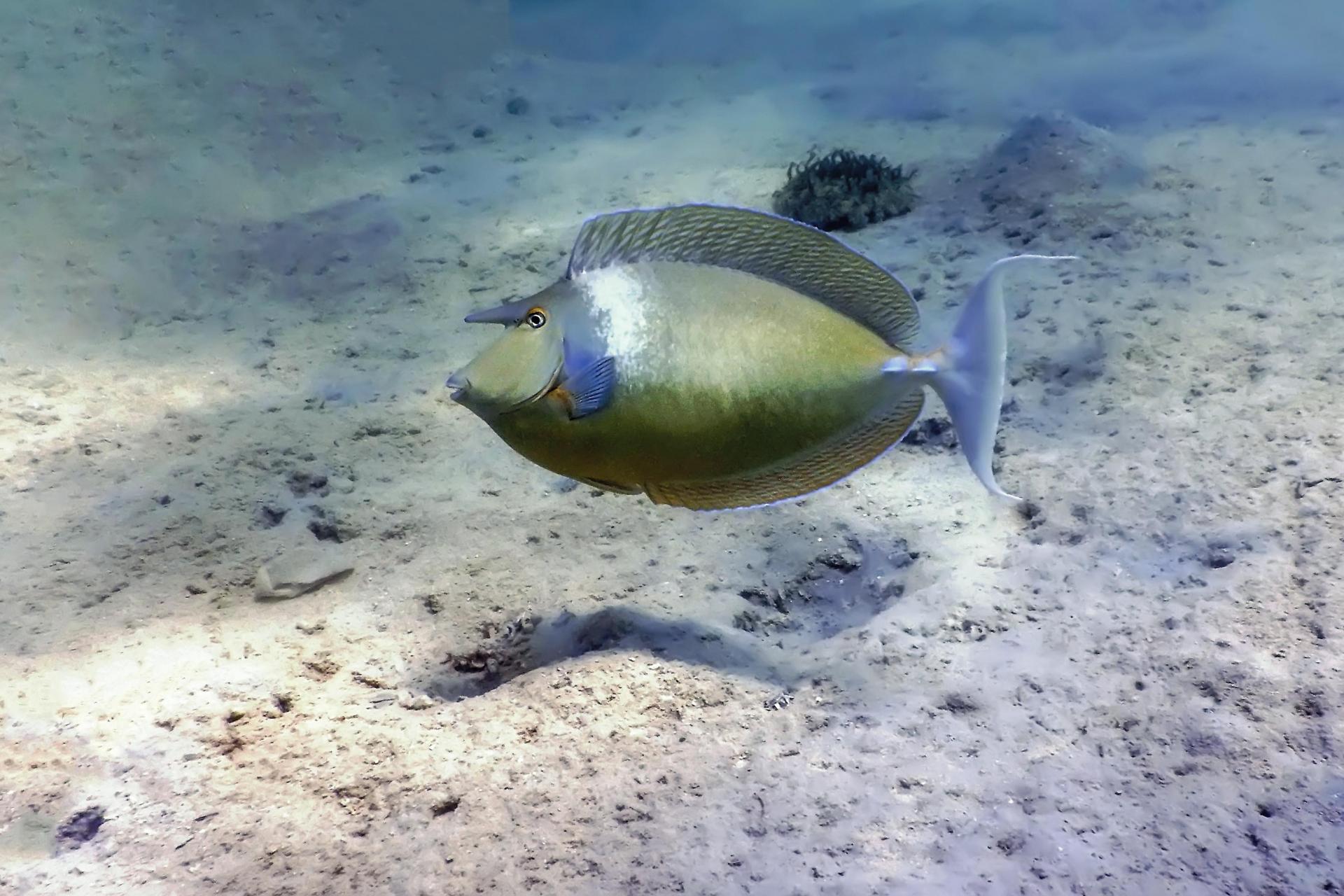 The whitemargin unicorn is popular in aquariums. Photo: Shutterstock

It usually lives in inshore coral reefs, rocks and sandstones in water that is up to 40 metres deep, feeds on algae and can grow to be a metre long.

"The finding of the N. annulatus in Maltese waters constitutes the first record for the Mediterranean sea," the journal reads.

It belongs to the Acanthuridae family, which includes surgeonfish, tangs and unicorn fishes.

"It is of some commercial value and exploited in the aquarium trade, although the species is not suitable for home aquariums," the paper notes.

This first record of the white unicorn is considered a casual finding, and it is too early to conclude whether the species has actually established itself within the Mediterranean.

It is unlikely that it has migrated to Malta, given the significant distance between the Suez Canal and the Maltese islands.

The report's authors concluded that its appearance could be explained through aquarium release, or, less likely, a shipping-mediated introduction.

Deidun is assisted by Adam Gauci and by Johann Galdies in the running of the campaign.