Malta will today be “first in line” among the contingents following the band of The Rifles Regiment during the second procession in the state funeral of Queen Elizabeth II in London.

Malta will also be officially represented at the funeral by President George Vella, who will be among the world leaders at Westminister Abbey.

The George Cross was introduced in 1940 for gallantry and is the civilian equivalent of the Victoria Cross, the UK’s highest military award, for valour.

The first GC award went to Malta, by Queen Elizabeth’s father King George VI, on April 15, 1942, “to bear witness to the heroism and devotion of its people” during World War II.

Speaking to Times of Malta ahead of the funeral, Judge Galea Debono, 77, said the invitation had come as a “surprise”.

“I discovered that the organisers wanted to recognise the three recipients of the collective awards of the George Cross medal since 1942,” he said.

“Namely Malta, the Royal Ulster Constabulary and, more recently, the National Health Service of Great Britain for their valiant service during the COVID-19 pandemic.”

He explained that the coffin will first be transferred, in a short procession from Westminster Hall where Her Majesty has been lying in state, to Westminster Abbey for the religious service.

After the service there will be a longer procession from Westminster Abbey to Horse Guards Parade up The Mall and Constitution Hill, ending at Wellington Arch. 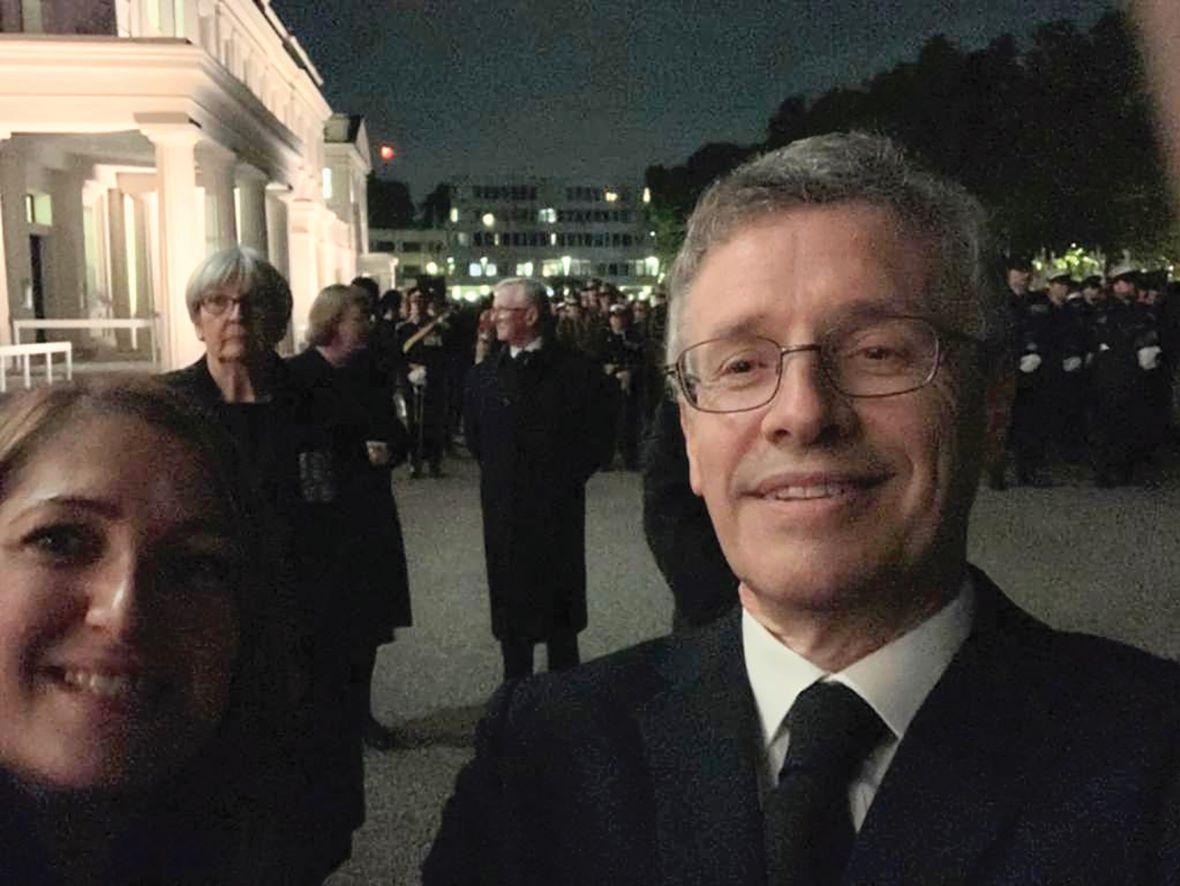 King Charles III and other Royal Family members will follow the coffin. The route will be lined with military personnel and police.

“This procession will be headed by the band of The Rifles Regiment and immediately behind the band will follow the three small contingents representing the recipients of the collective awards of the George Cross, first in line being Malta”.

At Wellington Arch, the coffin will be transferred to a hearse that will carry it to Windsor Castle, where a committal service will take place at St George’s Chapel.

The judge recalled that when he was just four years old, he and his younger brother would be taken for walks past Villa Guardamanġa in hopes of catching a glimpse of the then-young Princess Elizabeth, in the place she called home between 1949 and 1951.

Little could he have imagined that today, more than 70 years later, he would be representing his country at the funeral.

He had met the queen on a number of times during her visits to Malta.

He was present when she visited in 1954 and 1967 but had to turn down one particular event due to his engagement at an international conference.

“I was invited to a reception on the Royal Yacht Britannia in 1992 when the queen was here to inaugurate the Siege Bell Memorial at the Lower Barrakka which was built by the George Cross Island Association... unfortunately, I had to turn down the invitation.”

He then met the queen formally at receptions during her last visit in 2015, where he had the “privilege” to share a few words with her about the association and the memorial she had inaugurated all those years ago.

Another Maltese participant at the funeral today will be Anton Borg, one of King Charles III’s physicians.

He said it is a “truly great honour” to represent his homeland alongside other distinguished fellow Maltese.

“Queen Elizabeth was a remarkable human being and a model head of state.

“The nation’s response to her death speaks far more eloquently than I may ever be able to about her achievements,” Borg said. 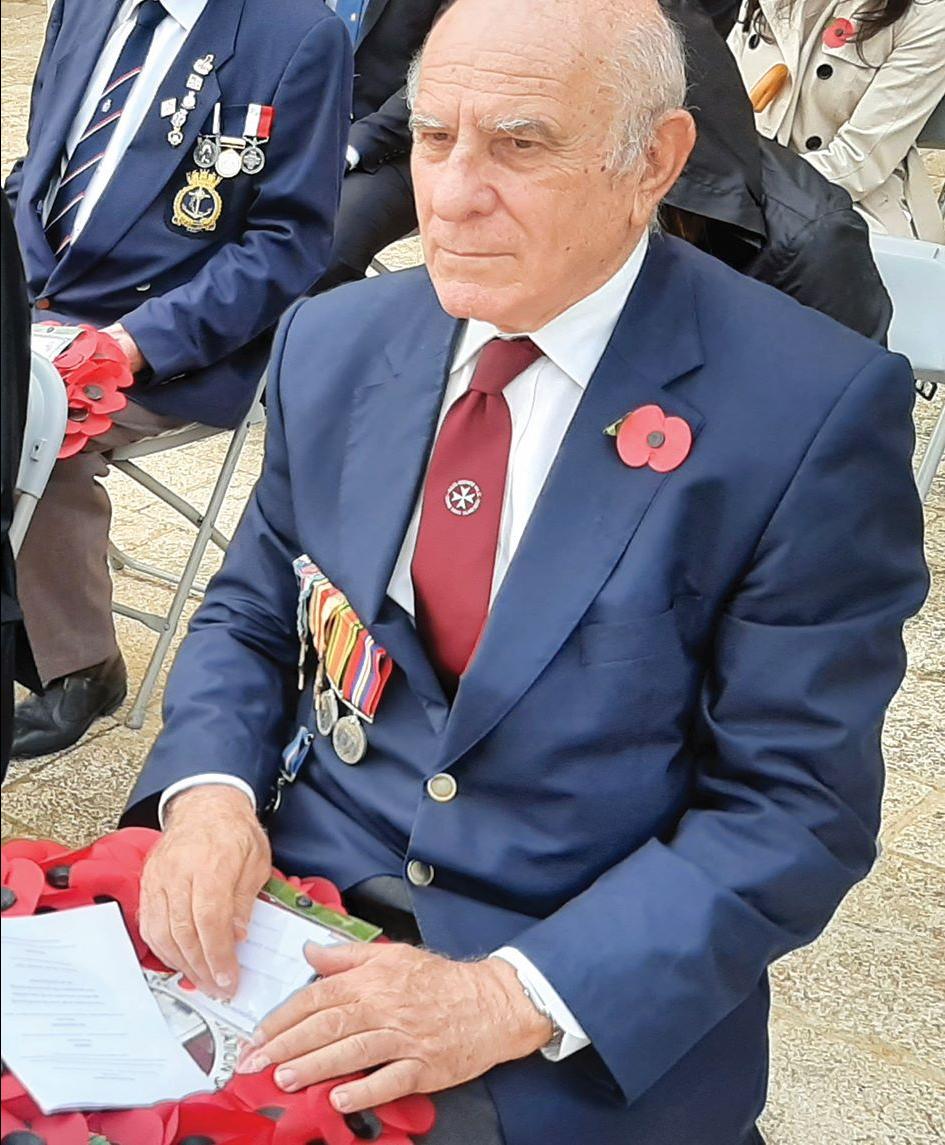 “She led the nation through good times and bad, always dedicating herself to the public service. She will be much missed.”

Hundreds of heads of state, leaders and diplomats from across the world have travelled to London to pay their respects to the late queen today.

Among them will be Malta’s President George Vella and his wife Miriam.

Monday will also be a day of mourning in Malta, as all flags on government buildings will be flown at half-mast and a gun salute will be fired at 11.45am.

Queen’s funeral: What will happen exactly?

After 10 days of mourning, this is the precise timetable for Monday, September 19, for Queen Elizabeth II’s state funeral. (Times in Central European Summer Time)

7.30am: The Queen’s lying-in-state at Westminster Hall will come to an end and the doors will be closed to the public.

9am: Westminster Abbey will be opened for the arrival of the hundreds of guests ahead of the service at 11am.

11.35 am (approx.): The Queen’s coffin will be lifted from the catafalque and carried to the state gun carriage, waiting outside the North Door of Westminster Hall.

11.44 am: The state gun carriage will set off on a short procession from Westminster Hall to Westminster Abbey, drawn by 142 junior enlisted sailors in the Royal Navy.

11.52 am: The gun carriage arrives at the West Gate of Westminster Abbey, followed on foot by the Queen’s eldest son and successor, King Charles III, and other royal family members.

12 Noon: The funeral starts, conducted by the Dean of Westminster, David Hoyle, with Archbishop of Canterbury Justin Welby giving the sermon.

12.55pm: Approximately around this time, the Last Post bugle call will be played, followed by a two-minute national silence.

1pm: The service closes with the national anthem and a Lament, a musical expression of grief.

1.15pm: The coffin is drawn on the gun carriage towards Wellington Arch, near Buckingham Palace. It is followed by the King, senior royals and a procession including detachments from the armed forces of the Commonwealth grouping of 56 nations that the Queen headed. The Big Ben bell at the parliament and gun salutes fire at one-minute intervals throughout.

2pm: The coffin arrives at Wellington Arch, is moved to the royal hearse and sets off for Windsor Castle.

4.06pm: The hearse arrives at Windsor and makes its way to the castle via the sweeping Long Walk avenue to the castle.

5.40pm: Approximately around this time, the king and senior royals join the procession on foot from the Quadrangle at Windsor Castle, before the cortege halts at St George’s Chapel at 353pm.

6pm: The televised committal service starts with royals, prime ministers and former and current members of the queen’s household attending. After about 45 minutes, the coffin is lowered into the royal vault to a lone piper’s lament.

8.30pm: A private burial service is held at the King George VI Memorial Chapel, with the queen laid to rest alongside the remains of her father, King George VI, her mother, also called Queen Elizabeth, and the ashes of her younger sister, Princess Margaret. Her late husband, Prince Philip’s coffin will also be interred there at the same time.