Torrential rains that pummelled Malta on Thursday were a "curse" for farmers worsened by poorly built rubble walls in the hardest-hit areas, they say.

A month's worth of rain was dumped on the island in a matter of hours, causing floods that swallowed roads and submerged cars in low-lying parts of  the country.

And as the clear-up operation is under way, Malta's small farming community, previously rejoicing over rainfall in October, says it has been devastated by the sudden downpour.

"Whereas I referred to the constant rain that fell for some continuous days some days ago as a blessing, yesterday's rain was really and truly a curse," said Malcolm Borg of Għaqda Bdiewa Attivi.

But as well as it being a natural disaster for the farmers, Borg lay some of the blame for the devastation on road works in Burmarrad, which was particularly impacted.

He said he had received reports from farmers that the rubble walls built in recent road works were not built high or sturdy enough "with the result that runoff has gone above the walls and into the fields and some walls could not resist the force of the water and were reduced to a pile of stones".

"It is also good to reiterate that more conversion of permeable surfaces (fields) into impermeable surfaces (asphalt/concrete) increases surface runoff and when this finds its way to fields (as is often the case), further exacerbates the problem," he said.

Nationalist Party spokesperson Peter Agius said that EU funds that could be tapped to finance the construction of rubble walls have remained unused.

"They've been 'about to be released' since the summer," Agius wrote on Facebook. 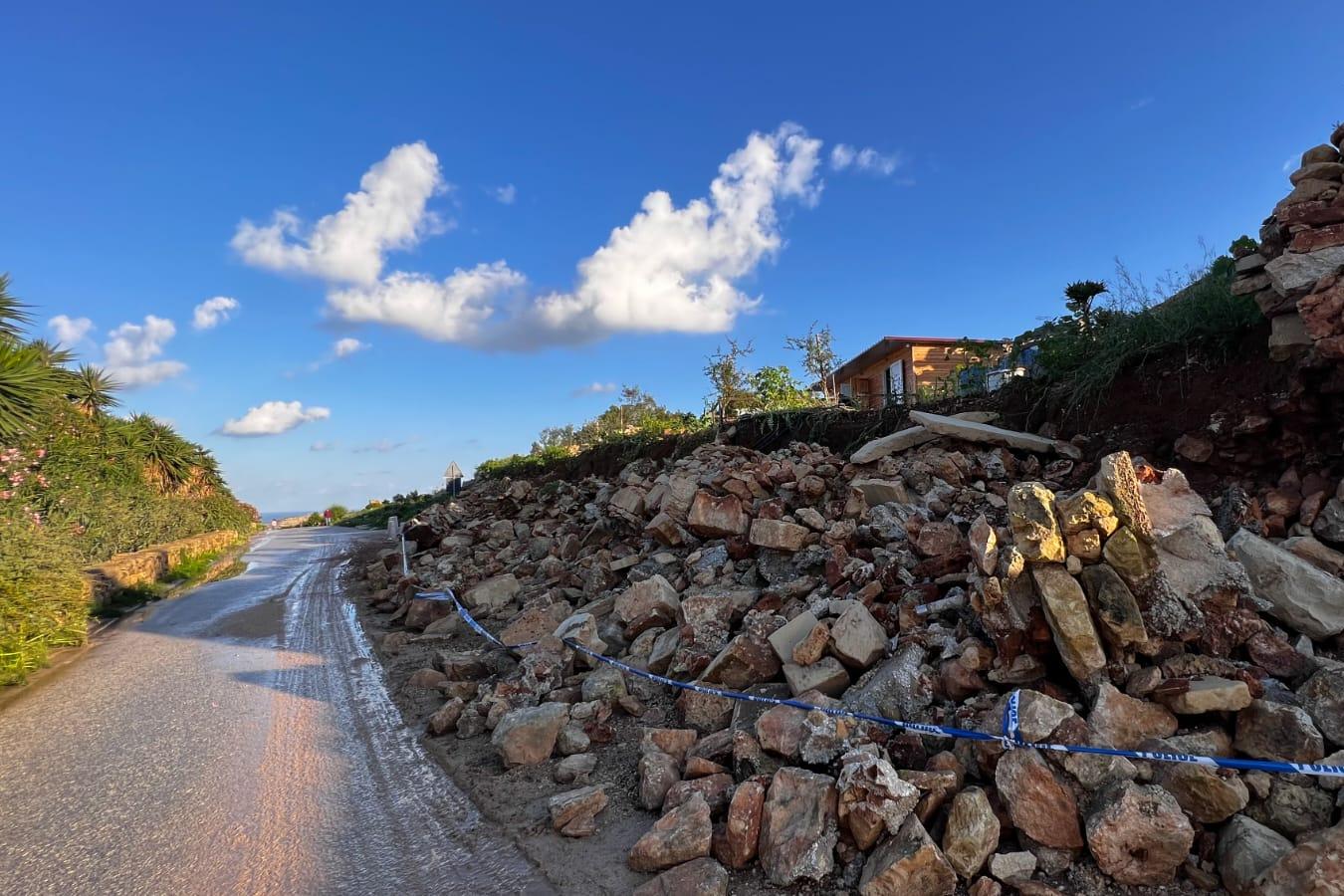 A collapsed rubble wall in G

The deluge of rain flooded fields, causing "very severe damage" to the growing crops by smothering them and, in the case of very young plants, carrying them away completely and eroding the soil.

"This is what happened yesterday especially with strawberry fields that were planted some days ago/in recent weeks and was worse in low-lying areas such as Burmarrad."