Six Italians wanted for their involvement in organised crime are to be extradited to Italy following an investigation by the Italian police, who believe the Mafia used betting companies in Malta to launder vast sums of money.

Six gaming companies registered in Malta had their assets seized and licences annulled after the Italian police swooped down on illegal gaming activities linked to the Calabrian Mafia, ’Ndrangheta, in an international operation.

The local gaming companies form part of an international network linked to the organised crime syndicate, according to a statement issued by the Italian police. The network involves 82 internet sites and 11 companies based also in Austria, Romania and Spain.

They were allegedly led by Italian national Mario Gennaro who, the Italian police say, served as ’Ndrangheta’s man in the betting industry by setting up companies in Malta. He established a company called Betuniq, headquartered here, which controlled several hundred gaming and betting agencies.

A serious blow to the ’Ndrangheta

The businesses were allegedly used as a smokescreen, circumventing the regulations governing the sector, and profits were then reinvested in acquiring additional companies and licences, resulting in increasingly profitable activities. The companies in Malta identified by the Calabria police are: Uniq Group, Uniq Shopping, Tebaral Holding, Teberal Trading, Betsolution4U Ltd, and Fast Run Limited. All form part of the international Betuniq brand. The Malta Gaming Authority said it immediately suspended all related licences.

The assets seized from the ’Ndrangheta Mafia, which controls much of Europe’s cocaine trade, are worth around €2 billion, consisting of hundreds of betting shops, gambling websites, businesses and properties in five countries.

An Italian judge also ordered the arrest of 41 people, including the six Italians in Malta – five men and a woman.

The six were taken to court yesterday after the local police acted on a European arrest warrant. 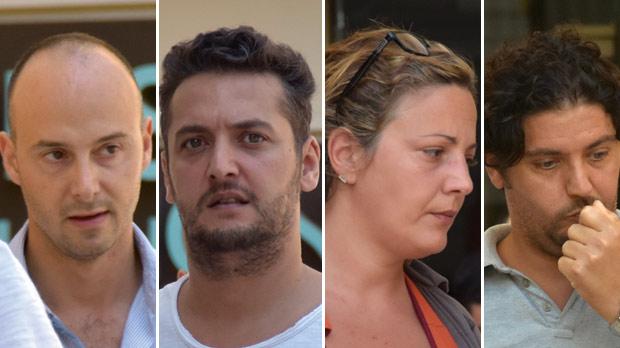 The Italians arrested are: Mr Gennaro, 39, Alessandro Ciaffi, 39, Fortunato Stracuzzi, 37, Margherita Gudetti, 34, and brothers Francesco and Rocco Riperi, 38 and 36, respectively. In court they said they were “gaming industry employees”, without mentioning who they were employed with.

Lawyers Joe Giglio and Steve Tonna Lowell said that their clients were giving their consent for extradition so that they could participate in the investigation by the Italian police and prove they had nothing to do with the allegations made against them.

The court heard that among the targets of yesterday’s international operation were 1,500 betting shops, 82 gambling websites, 45 Italian companies and 11 foreign firms, as well as “innumerable” property assets in Malta, Austria, Romania and Spain.

Meanwhile, Interior Minister Angelino Alfano was reported as describing the sting in the southern Italian region as “a serious blow to the ‘Ndrangheta”.

The gang “recycled an enormous amount of ‘dirty’ money through the use of gaming accounts assigned to willing or unwitting people”, the Italian police said in their statement following the arrest of the six Italians.

They bypassed the laws governing this sector, accumulating significant profits that were then reinvested in the acquisition of new companies and licences to further expand their activities.

It was a highly sophisticated money laundering system where dirty cash then landed in tax havens such as Panama, the West Indies and Romania, the Italian police said.