Malta has the fewest active cases of coronavirus in the European Union, according to an analysis of the latest available global statistics.

It comes after the country on Monday registered zero new cases for the third consecutive day, with just 11 people now being treated for the virus on the islands.

As countries across the EU begin to relax borders and lockdowns, Times of Malta analysed data showing the current state of COVID-19 per 500,000 population in each of the 27 member states.

This emerged from the most recent figures published by Worldometer, a reference website that provides real-time statistics.

However, statistics from Worldometer, and from another source, Bing.com, did not include sufficient data to work out active rates for Sweden and the Netherlands.

When the virus pandemic hit Malta in March, the World Health Organisation’s regional director Hans Kluge had praised the health ministry’s handling of the situation after a range of preventative measures were introduced. 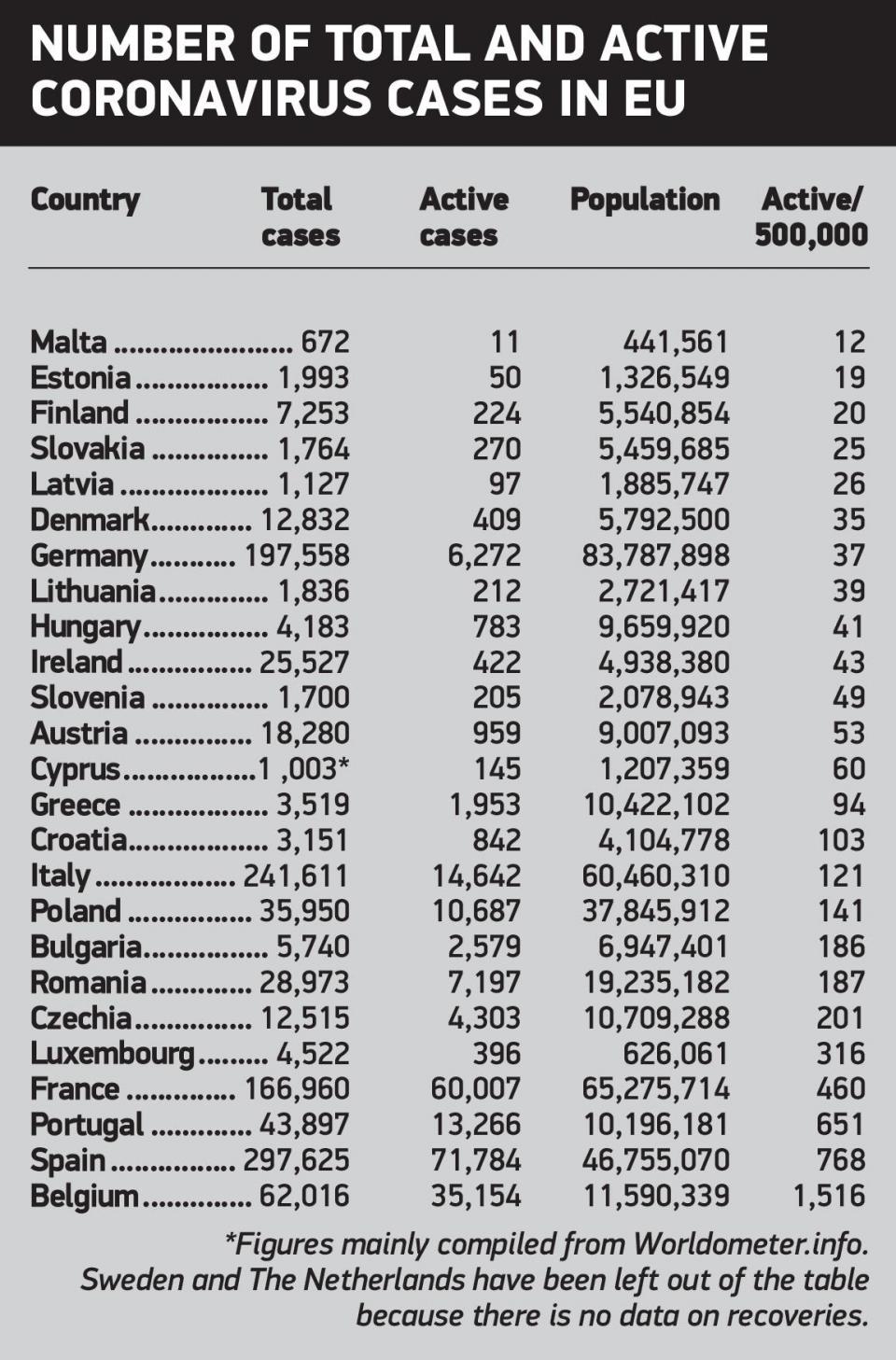 The country is also among the top in the world for the number of tests carried out.

Since the first case of infection was found here, in early March, there have been 672 total cases and nine deaths.

Virus restrictions started being lifted a month ago and recently the state of medical emergency was lifted and the airport re-opened.

A look at the situation across all of Europe, as highlighted by Worldometer, showed that Malta ranked in fourth place when it comes to active cases, beaten only by small countries with a population of under 50,000.

These are the Vatican City and San Marino, which have no active cases and which have a population size of 801 and 33,932, respectively, followed by the Faroe Islands, population 48,866, and an active rate of 10 per 500,000 people.

The figures also looked at the number of total novel corona-virus cases per one million population in Europe – including those that have recovered – where Malta ranked 18th out of 48 countries with 1,522 cases per million.