Less than one-fifth of all plastic packaging in Malta is recycled, making it the EU member state with the lowest recycling rate for plastic packaging, according to statistics published by Eurostat.

According to most recent statistics, only 19.2% of plastic packaging was recycled in Malta. That is less than half the rate of the European median, which averaged at 41.5%.

In seven EU states, more than half of the plastic packaging waste generated was recycled, the highest being Lithuania, which recycled 69.3% of its plastic waste, followed by; Slovenia, Bulgaria, Czechia, Cyprus, Slovakia and Spain.

On the lower end of the ranking, Malta is followed by France and Hungary, which only recycled 26% and 30% of plastic packaging respectively. 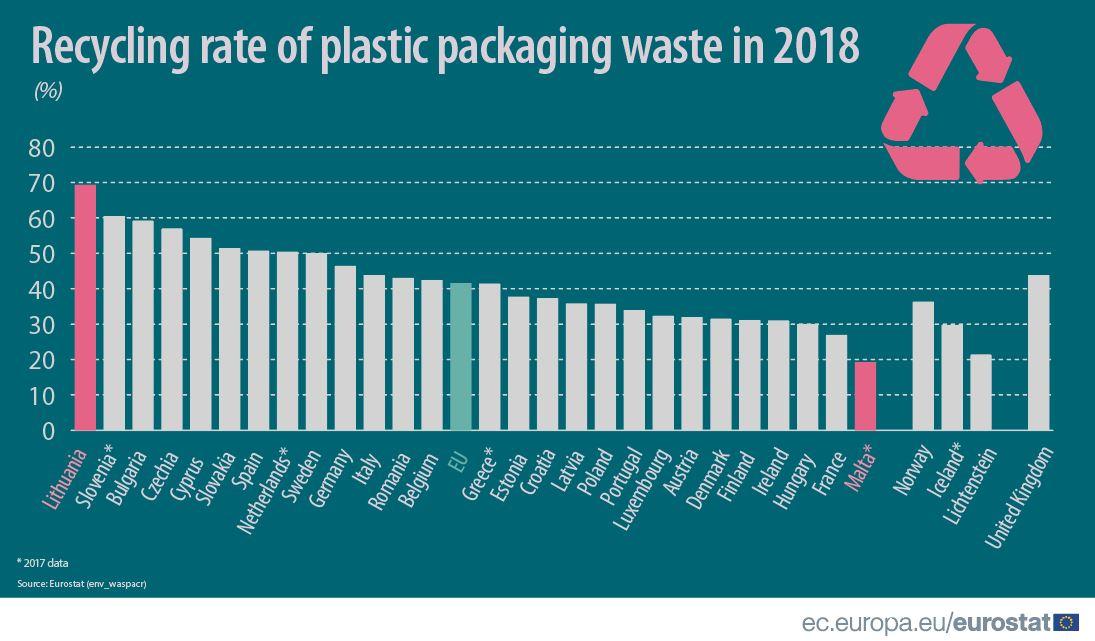 According to the dataset, after making an improvement of a 10% increase in plastic recycling in 2014, Malta has continued to steadily drop down the rank in the past five years.

In 2015, Malta had the sixth-lowest plastic packaging recycling rate at 28.6% and in 2016 and 2017, ranked the second-lowest in the EU with 23.5% and 19.2% respectively, in both instances with Liechtenstein being the only member state to rank lower.

According to the statistics, some 174 kg of packaging material was produced per inhabitant in the EU. The most common materials that made up packaging were paper and cardboard at 40.9%, followed by plastic at 19%, glass at 18.7% wood at 16.1% and metal at 5%.

Malta banned the importation of single-use plastics on January 1 with authorities saying that 2021 will be a transitory year for single-use plastic products already on the market and their sale and distribution is expected to be prohibited in 2022.