Malta loses 2.39 per cent of its gross domestic product (GDP) to international tax evasion, a document released by the European Commission has revealed.

The rate is the highest in Europe by a wide margin, with the country coming in second on the list, Cyprus, losing only 0.72 per cent of its GDP to the international evasion of tax.

Released as part of the European Commission’s ‘Taxation Papers’ series, the document sheds light on several issues, including the extensive offshore wealth owned by the Maltese and their inclination towards stowing their assets overseas.

According to data in the report, Malta's revenue loss to international tax evasion in 2016 amounted to €230 million. This amounted to 0.5 per cent of the EU-28 share.

Malta was also found to have had the highest average of revenue loss estimates over the period between 2004 and 2016, with 2.34 per cent of GDP lost to international tax evasion.

According to the report, the majority of the losses were attributed to tax evasion on original income - €180 million. This was the highest amount since 2004.

The remaining €50 million were lost on capital income tax evasion.

The average loss in international tax revenue in Malta between 2004 and 2016 amounted to €120 million, the Commission found.

Earlier this year, the European Parliament voted in favour of a resolution labelling Malta as having the characteristics of a tax haven. At the time, a report by the Parliament’s Tax3 committee named and shamed seven countries, including Malta, as having levels of foreign direct investment (FDI) that could only be explained to a limited extent by real economic activities taking place within these countries.

The Tax3 report on financial crimes, tax evasion and tax avoidance received majority support, with 505 MEPs voting in favour and 63 against.

Malta has long been criticised for allowing foreign-owned companies to shift their profits to the island to benefit from lower taxes.

When contacted for comment, a spokesperson for Finance Minister Edward Scicluna said the minister was currently abroad and could not be reached at the moment. 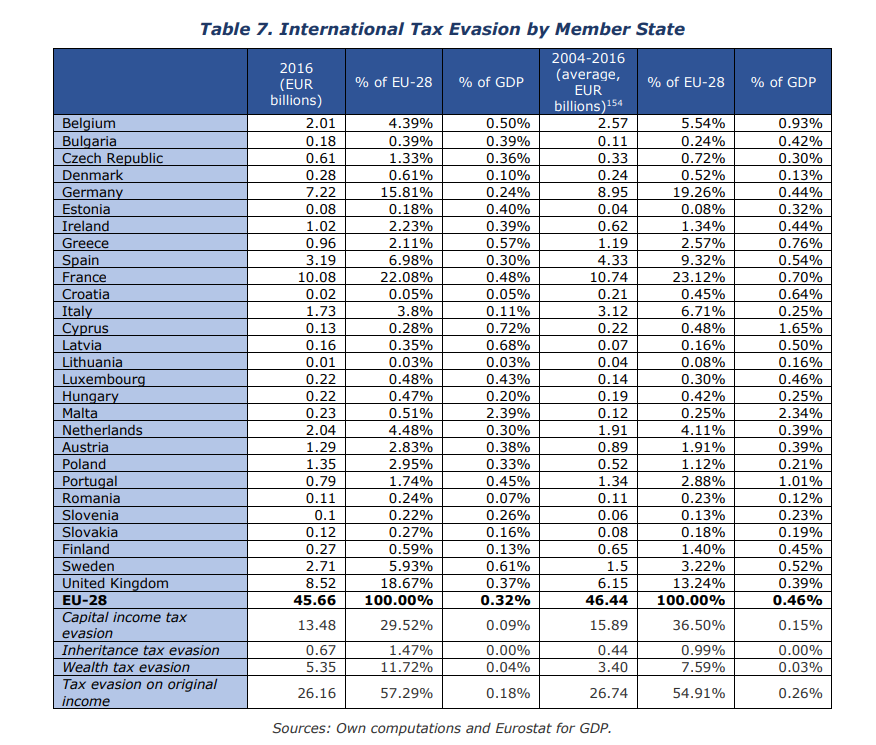