When Clyde Caruana carried the Budget 2023 to the president for his recommendation to parliament on Monday, it was contained in a briefcase with a nod to Malta's British past.

Traditionally, the finance minister presents a black briefcase with his plans for the economy to waiting snappers outside parliament on budget day.

But this year the briefcase carrying the budget is pillar-box red, similar in colour to the famous red leather briefcase used by the British Chancellor of the Exchequer.

A spokesman for Caruana confirmed the 2.5kg case was a reference to Malta's British past, saying the symbol was used in a number of Commonwealth countries such as Singapore. 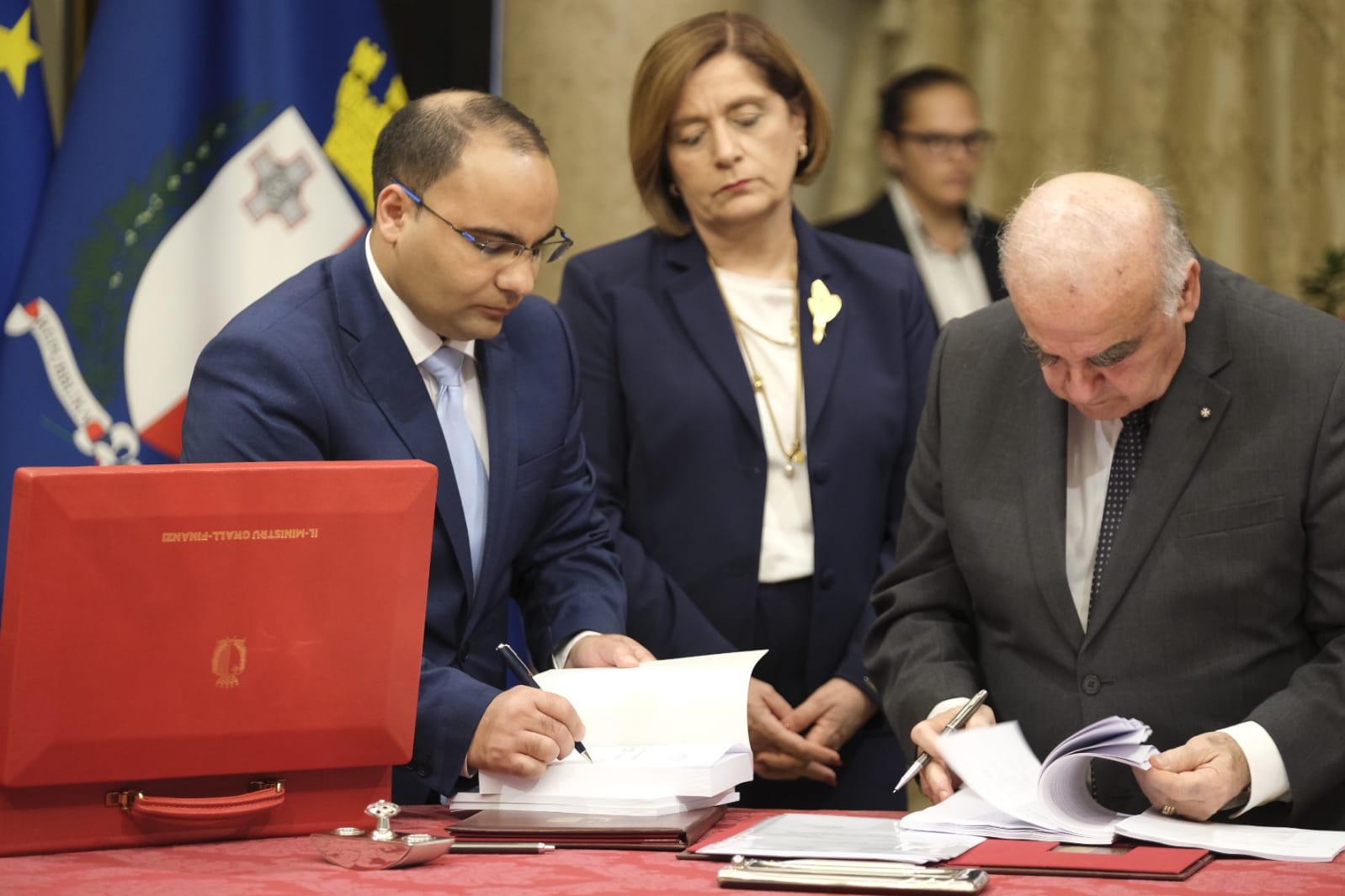 President George Vella inspects the documents ahead of Budget 2023 being presented to parliament. Photo: Jonathan Borg

It has two inscriptions; on the front side, ‘Ministru tal-Finanzi’ and a verse from the Maltese national anthem, ‘Saħħa l-ħaddiem’, on the back.

There is a convention that a departing finance minister is given the budget briefcase used during his tenure as a token of appreciation, so Caruana used his private funds to pay for the box.

Eagle-eyed readers noticed that the box was similar to one retailing online for £3,375 (€3,861) by leather company W.S. Foster and Son Ltd.

The company claimed it has a long history of creating ministerial despatch boxes for dignitaries in the UK and around the world and that one had starred on The Crown.

It is not known where the finance minister purchased his.

After his visit to the president, he will go on to the House of Representatives, where he will announce the budget to the public.

Times of Malta will run a live blog with minute-by-minute details of the government's spending plans for next year when Caruana takes to his feet at around 6.30pm.