One in 10 people living in Malta say the place where they live is too dark, topping the list of the EU’s most dimly lit nations.

According to research published by Eurostat, 10 per cent of Maltese residents say they do not get enough natural light in their homes which they consider to be a problem within the household.

This is the second consecutive year that Malta has topped this list, with 11.2 per cent of people in Malta saying their homes were too dark last year.

Chamber of Architects vice president Andre Pizzutto told Times of Malta that current planning regulations regarding illumination within buildings were introduced during the 1837 cholera outbreak and last amended during the Spanish influenza pandemic between 1918 and 1919.

“What we’re working with at the moment is a very outdated sanitary regulation which we inherited from the British period during the last pandemic and its purpose was to allow illumination into buildings because the medical opinion at the time was that the sunlight killed the disease,” he said.

Noting that times have since changed, Pizzuto said this is why the chamber’s proposal for an overhaul of the current building and construction framework includes regularising standards for illumination levels within buildings.

“What we are asking is that building regulations be performance-based and factor in orientation, that is which way the building is facing, as well as design in order to ensure that the minimum requirement for illumination to be met,” Pizzuto said.

“Architects can be trained to take on this responsibility. 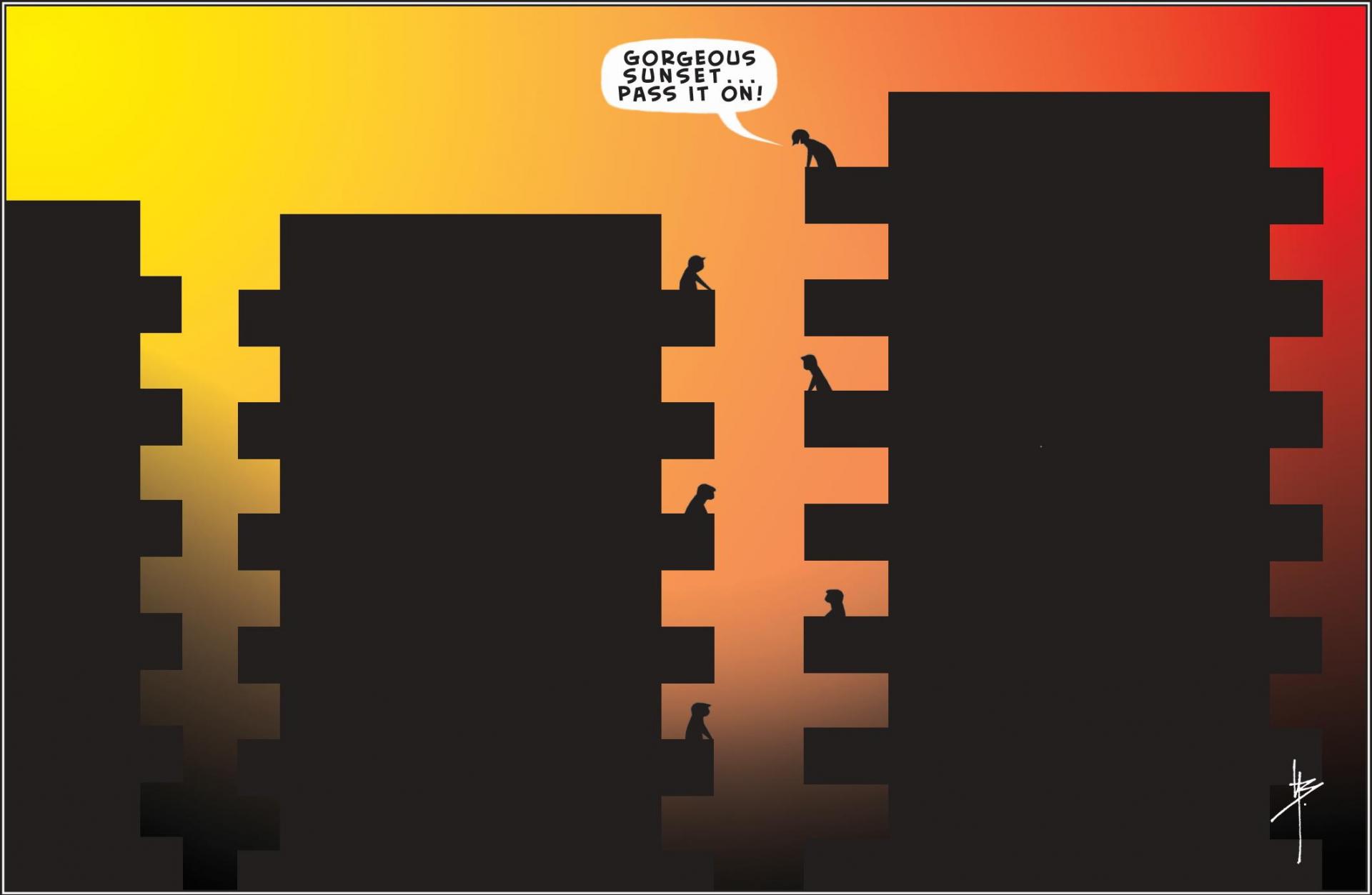 A cartoon by Steve Bonello depicting the construction problem leading to dark dwellings.

“Our current concept of natural light dates back to the last century and with that frame of mind we aren’t considering alternative or better ways in order to achieve those goals.”

Pizzuto said that while some of the figures could be chalked up to perception, substandard housing, particularly older buildings that were converted a long time ago, were still prevalent in Malta.

“I personally have seen buildings where rooms had no windows and the dwelling was overrun with mildew and humidity, so I suspect a good chunk of people who said their homes were too dark could have been in these types of properties,” he said.

“Unfortunately, with our current standards of housing, there isn’t really a way to determine what is a good quality dwelling and what isn’t.”