Malta’s abundant sun and sea, the friendliness of locals and a good quality of life has lifted the country to being one of the best destinations for expats this year.

A new survey by Expat Insider revealed Malta as one of the countries that offer pura vida (pure life), placing it in seventh place.

Greece, Kuwait, and Nigeria did not find favour with foreign residents, having been voted as the worst destinations.

With nearly 13,000 respondents living and working abroad, the expat study is one of the most extensive, conducted yearly by InterNations, the largest expat community worldwide. With 2.8 million members in 390 cities around the world, InterNations is the largest global network and information site for people who live and work abroad.

Malta ranked 19th in the quality of life index

Apart from offering an in-depth analysis of life abroad, the survey ranks 65 countries by a variety of factors such as quality of life, working abroad, and settling in.

Malta ranked 21st on health and well-being, eighth for leisure options, seventh for personal happiness and 21st for safety and security.

The worst result for Malta was being ranked 45th for its travel and transportation, ostensibly due to Malta’s clogged roads, heavy traffic and a highly-criticised public transport system.

Malta slipped a few places in the ease of settling in index, dropping from 4th place in 2016 to 11th in this year’s survey. Malta ranked sixth with those respondents who said they felt at home with Malta’s culture. 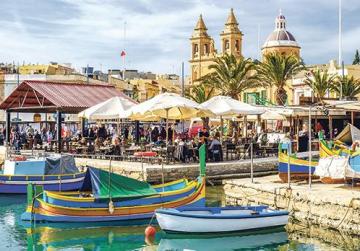 Malta placed fifth in the working abroad index, 10th in work-life balance and fifth in terms of job security.

However, it placed 18th out of 65 countries in the family life index, 20th in terms of the availability of childcare and education, seventh in their costs and 19th on their quality. Malta placed 21st in personal finance and 22nd in the cost of living index.

The Czech Republic was voted as the new best destination for working abroad, largely due to improved satisfaction with job security. Additionally, the Netherlands has jumped from 20th to sixth position, gaining considerably in terms of work-life balance.

Greece, Kuwait, and Nigeria remained the worst expat destinations due to a lack of career prospects, personal dissatisfaction, and worries about safety and security.