The Malta Philharmonic Orchestra has reached 5.2 million unique followers in the first three months of this year, as its digital transformation gains momentum.

When the pandemic hit a year ago, live concerts stopped, but the orchestra focused on adapting its music to reach new audiences online and spread its reach to more than 45 countries, leading to 6.2 million impressions on its online platforms. 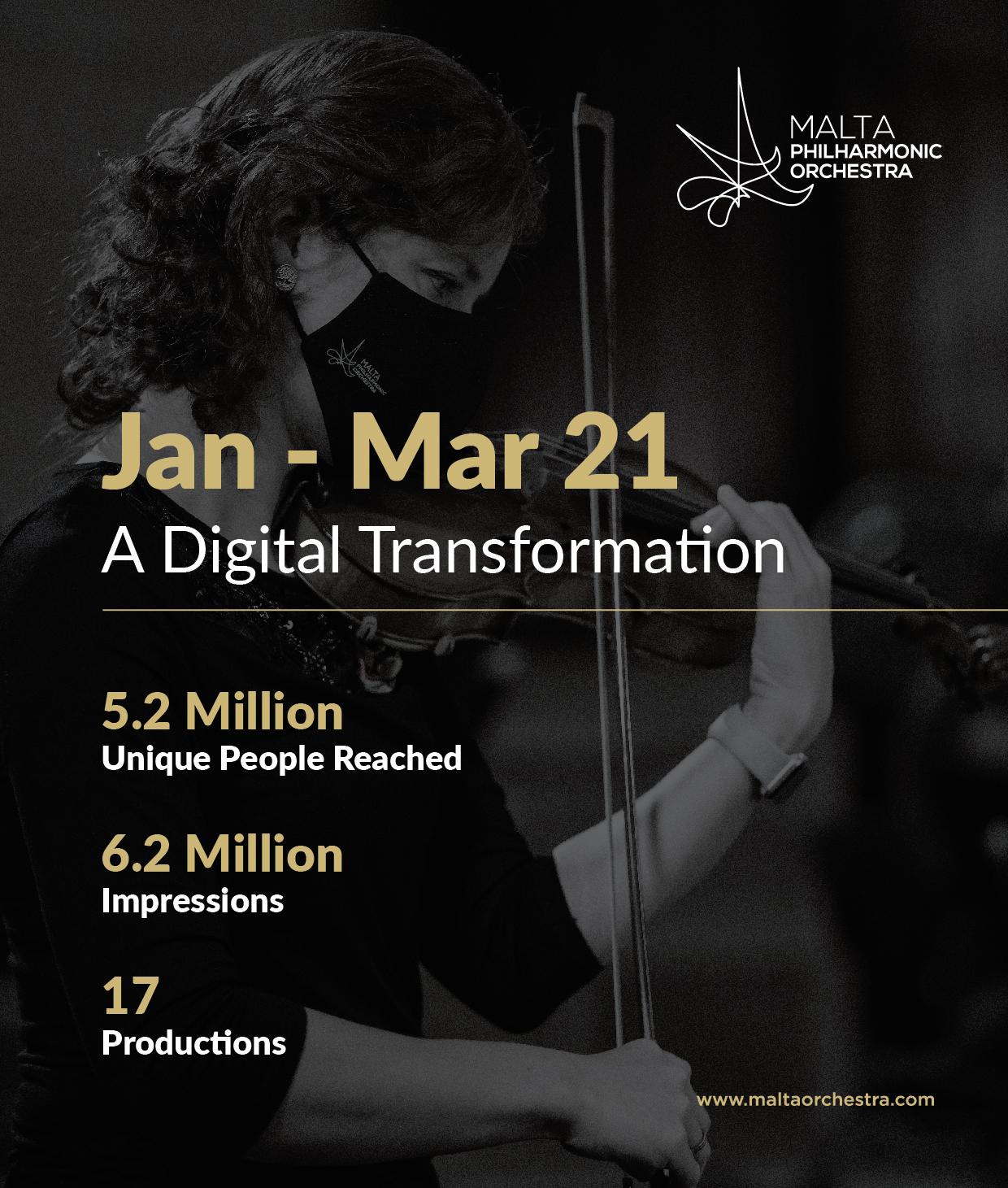 Between January and March of this year, driven by listeners’ overwhelming support, the orchestra released 17 productions, as part of its popular series Orchestra Resounds – three of these online concerts alone reaped 384,000 views, rewarding the orchestra’s efforts to evolve and diversify during these challenging times.

Another well-received production was Il-Kunċert tal-President għas-Sena l-Ġdida, which got 157,000 views and is being nominated for Il-Premju għall-Arti Best Production during COVID-19.

The investment to keep music alive through high-quality recordings, has also led to a 60 per cent jump in subscribers to the MPO’s YouTube channel and a 304 per cent increase in engagement when compared to the previous quarter between September and December 2020.

Remaining true to its objective to be a catalyst for arts and culture, the MPO is also embarking on seeking new audiences and opportunities by tapping the film industry and working on developing its presence on an educational level.