Artistic Director ÓLIVER DÍAZ speaks to Lara Zammit about the Malta Summer Festival and its aim to reinvigorate opera among audiences.

The Malta Philharmonic Orchestra has launched its Malta Summer Festival as part of efforts to raise interest in music and promote the orchestra itself. Kicking off on July 13 and running until July 21, the festival’s main events will be held in Fort St Elmo, Valletta. The festival’s artistic director, Óliver Díaz, speaks with Times of Malta about his collaboration with the national orchestra.

LZ: Organised by the MPO, the Malta Summer Festival aims to present opera in an innovative way by bolstering the visibility of the genre. What difficulties do you feel the genre is facing which impede audiences from engaging with it more freely? How does the programme of events devised for the festival aim to mitigate these?

We can all remember those incredible photos featuring his ‘modern’ hairy style, eyes closed or wide open, and hands in the air in his molto espressivo manner, all of which conveyed an image of the master nearly touching the stars in the sky.

This marked the beginning of an incredible era lasting a number of decades, marked by the opening of the Asian market and the creation of the compact disc, together with the influence of another media titan – Leonard Bernstein.

Yet, as years passed, listeners increasingly remarked on a lack of connection. Today, society can be captivated through the use of new technologies in opera (light, projections, special effects) underlying how classical music is ideal for anybody seeking to be moved by emotions.

Classical music is ideal for anybody seeking to moved by emotions

Idyllic locations like Fort St Elmo further bolster this creative approach. This is what the Malta Summer Festival seeks to achieve – surprising people in the way we present this genre, following on the MPO’s endeavours in recent years.

LZ: The festival aims to cater for new audiences particularly, also using interdisciplinary art forms to introduce them to the world of opera. How will the programme cater for this specifically and what do you think is key when trying to engage audiences of the sort?

OD: Allow me to answer this by using an example directly from the festival. The opening event is an opera recounting the tale of the Three Little Pigs to families and younger audiences. Rather than opting for the usual set-up, the singers will be next to the audience, enhancing interaction and allowing the public to feel more part of the plot. 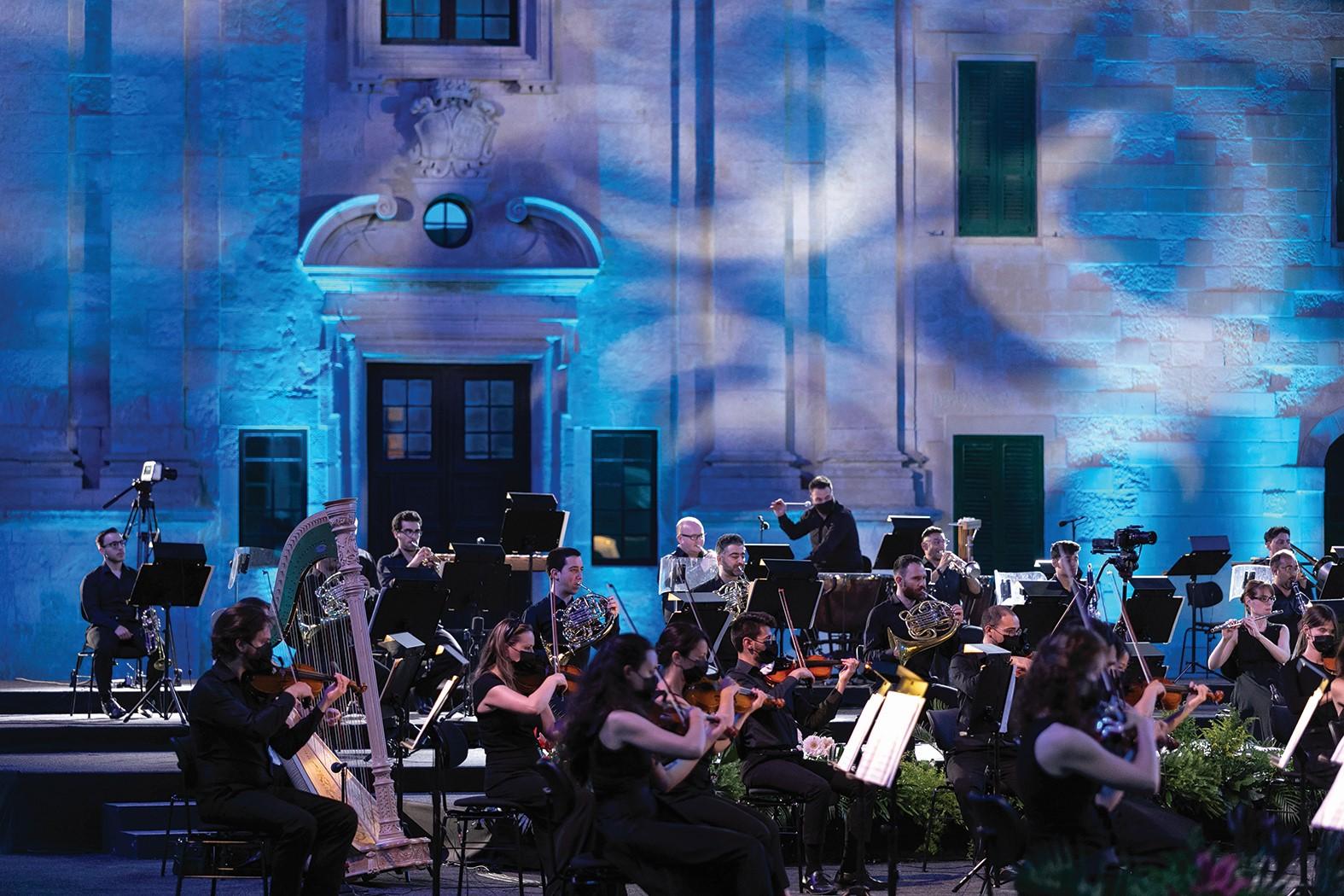 Of course, the costumes, lights, projections and all the interdisciplinary elements will ensure that the project is absorbed by as many human senses as possible – hearing (utilising music by Mozart), eyesight and almost touch and smell.

LZ: The festival aims to showcase the many pivotal parts of opera culture, including artworks inspired by operatic sets and the island’s cultural heritage, but especially with a line-up of high-profile artists sure to do the genre justice. Can you speak more about the elements of opera that will be put on show and the line-up of artists audiences can expect?

OD: In the festival, the genre will be showcased in all its forms, a staged opera for young audiences and ballet companies performing some of the most spectacular music composed specifically to be danced to – indeed, opera also kindled the setting up of these groups. Additionally, the intimacy of chamber music concerts runs parallel to the enchanting big diva art showcased in two concerts at St Elmo.

The star-studded artist line-up featuring, among others, Vittorio Grigolo, Celso Albelo and Tatiana Lisnic, together with a number of local performers, teams up with three orchestras, namely the MPO, the Malta Youth Orchestra and the Orquesta Sinfónica de Navarra and local and foreign dance troupes.

Our mission is that audiences attending the events in July are captivated by the incredibly powerful experience that “reimagined opera” can offer.

Commencing on July 13 and running until July 21, the Malta Summer Festival is presented by the MPO in collaboration with Arts Council Malta and the Malta Tourism Authority with the support of Hilton Malta, the Ministry for Gozo and the Ministry for the National Heritage, the Arts and Local Government. All information on the festival may be found on maltaorchestra.com/malta-summer-festival/.