A consultant to Joseph Muscat has come under scrutiny in France over his dual role as an advisor to both the Maltese and French prime pinisters.

Times of Malta and Le Monde revealed on Monday how former Italian minister Sandro Gozi was handed a three-year contract as a Europe advisor on a position of trust basis by Dr Muscat in June 2018.

Mr Philippe faced questions in the French parliament on Tuesday about Mr Gozi’s contract with the Maltese government.

The French Prime Minister told parliament that Mr Gozi had not indicated employment with any other entities, let alone another government, when he was hired on July 30. 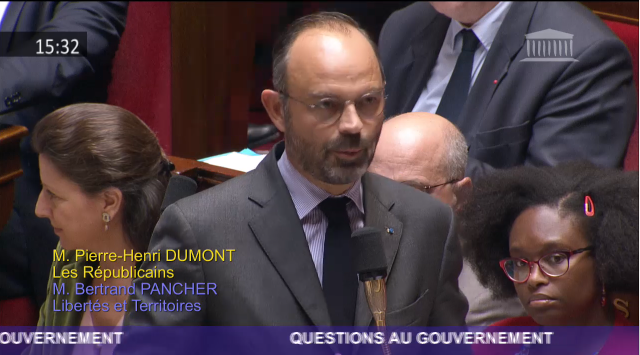 Mr Philippe said Mr Gozi has been told to immediately submit documentation showing he was no longer working for the Maltese government when he was hired in July.

Both the Office of the Prime Minister and Mr Gozi acknowledged his current role as Dr Muscat’s consultant when initially questioned by the Times of Malta and Le Monde last week.

"Former Italian under-secretary for European Affairs Sandro Gozi is serving as a consultant to the Office of the Prime Minister in Malta in a similar role to the one he has held, and holds, with governments and European organisations, that is to advice on all European Union institutions and priorities", the head of government communications told the Times of Malta on Thursday.

No announcement was ever made in Malta about Mr Gozi's appointment, and his role.

On Sunday night, Mr Gozi started to distance himself from his Malta consultancy role, insisting he had notified Dr Muscat that he would be taking up a seat in the European Parliament once Brexit takes place, and would therefore not be able to continue advising the Prime Minister.

“Therefore, I fully understand should you wish to terminate my contract due to my election, I would accept 12 months wages as the termination package as per clause 14 of the agreement.

“In order to not leave any loose ends and since I will not take up my seat in the EP until Brexit, I propose we consider our agreement terminated as of today but I will continue to provide you with advice until July 30, to ensure a neat closure of my contract”, Mr Gozi said in the letter, dated May 29.

A spokesman for the Prime Minister did not reply to questions about whether Mr Gozi’s letter was in fact received by Dr Muscat in May.

The spokesman also did not reply to a request for a copy of any acknowledgment letter the Prime Minister sent Mr Gozi in response to his letter.

Dr Muscat’s spokesman said it “stands to reason” that both sides agreed to phase out Mr Gozi’s advisory role by concluding commitments which commenced before the European Parliament elections.