Strong winds are about to disrupt your beach plans just as Italy defender Giorgio Chiellini yanked away England’s Euro 2020 dreams.

That’s the message Malta’s police force put across on Saturday morning, in a tongue-in-cheek social media post that warned people to expect strong winds over the weekend.

Meteorologists expect northwesterly winds to reach force 6 on Saturday and Sunday, with moderate to rough seas. Winds will then calm down as temperatures soar over the next week, according to weather forecasts.

The strong winds this weekend will make several local beaches unsafe for swimming and diving and require locals to find alternative ways of cooling off.

The Malta police force advised people to keep an eye out for double red flags at affected beaches. A double red flag is a warning that water conditions are dangerous and that swimming should be avoided.

It used an image of Italy’s Chiellini holding back England’s Bukayo Saka to make its point, captioning Chiellini as “strong winds” and the English midfielder as “weekend beach plans”.

Chiellini received a yellow card for the cynical last-minute foul during the Euro 2020 final, but went on to lift the trophy for Italy.

The incident prompted protests - and even a petition - from some England fans, as well as many, many memes that spread like wildfire across social media last week. Some used the image as a metaphor for England’s failure to win Euro 2020; others used it to cheer on global COVID-19 vaccination drives; one user even turned the image into a spoof Vincent Van Gogh artwork. 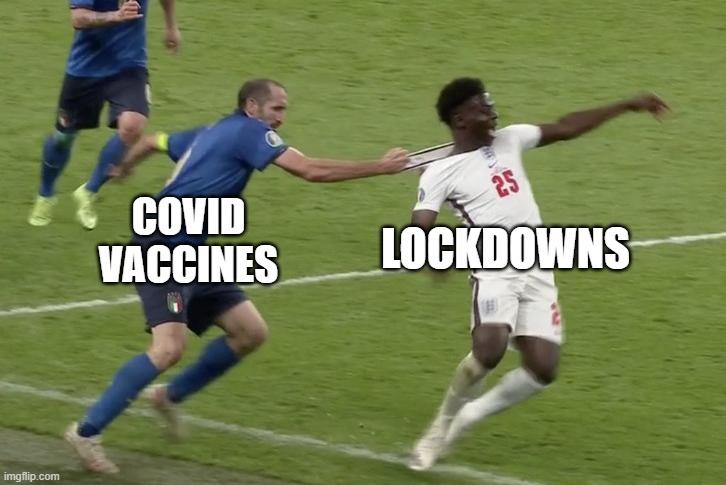