As a member of the UN security council, Malta will be doing its utmost to address climate change, pushing forward the realities of small islands, Prime Minister Robert Abela said on Thursday night.

Addressing the 77th UN General Assembly in New York, Abela said Malta will aim to help with decarbonisation and digitisation in a bid for UN development targets to be met.

In his address, the Prime Minister stressed the importance of peace and stability to face challenges and bring about growth, equality and prosperity.

"Peace builds. It restores. It strengthens.

"Without peace, without security and without stability, we will never be able to focus on the more important challenges we face: to bring about growth, equality, and prosperity.

This is what Malta, and its people stand for. It is what our predecessors had in mind when they enshrined the following words in our constitution: Malta is a neutral state actively pursuing peace, security and social progress among all nations. A declaration of principles that is echoed in the core values and principles of the UN Charter, which we should all be committed to uphold,” Abela said.

He said that the world’s only hope was for everyone to work together for peace and noted that as an island in the Mediterranean, Malta has been feeling the effects of different conflicts in Africa, particularly those in Libya, Syria and Yemen, which led to irregular migration, for the past 10 years.

Equally tenuous, he said, are the situations in the Sahel, Afghanistan, and the Middle East.

Abela hoped that "under the auspices of the United Nations and without interference from foreign actors", Libya and its people transition to more peaceful, secure, stable, and prosperous times.

"For that to happen, decisions must be taken to immediately put aside vested interests in Libya, once and for all.

"This is what the Libyan people deserve and what's best not just for the region, but for the Mediterranean continent and the African continent in general."

Abela also spoke about the war in Ukraine saying this was a stark reminder that "peace can never be taken foregranted".

This war had shaken global food supplies and energy markets like never before inflating the prices of key basic imports, and negatively impacting the purchasing power of consumers around the world.

"This continuous rise in the rate of inflation on food products, and food scarcity, is a major cause for concern and should be at the top of our agenda.

"These pressures impact small islands, like my country, harder due to their insularity and other specificities. In Malta’s case, we took calculated strategic decisions to support and stand behind our people all the way in the best possible manner.

"If we do not support our people until the situation betters, we will have failed them.

"We cannot leave our people alone to carry the burdens." 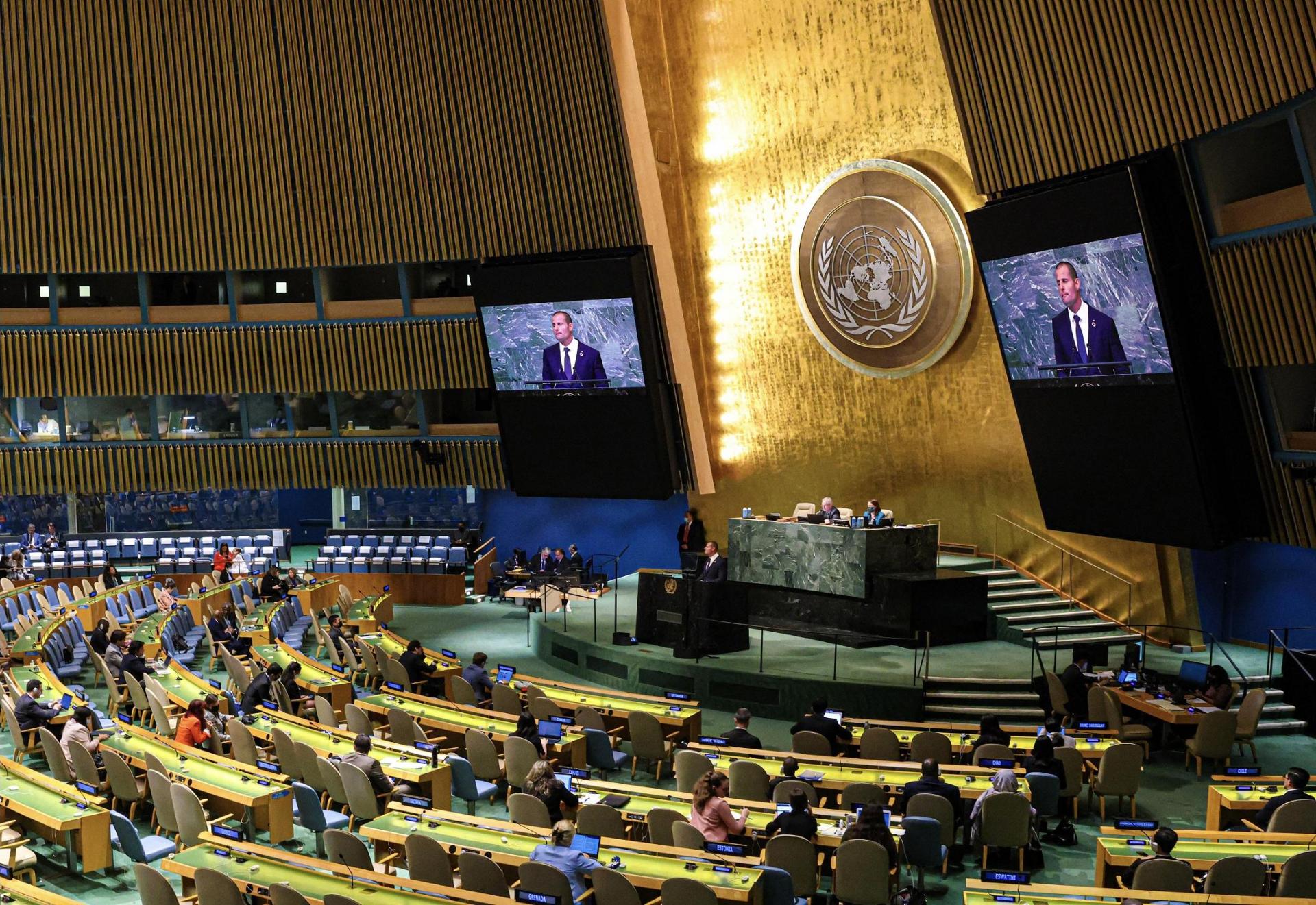 Abela said the solution did not lie in weapons but in dialogue and honest negotiations between all parties.

He expressed solidarity with the Ukrainian people who were facing unprecedented aggression and said Malta will continue to offer the necessary humanitarian assistance to all Ukrainian citizens.

Abela also spoke on prosperity saying that economic resilience was more important than ever before in current times.

All this, he said, can lead to the creation of wealth with technological advancement and investment opportunities.

For countries to progress sustainably, he said, they had to make a digital and environmental transition.

Malta had invested strongly in the digital sphere and was at the forefront worldwide in e-government.

It was also investing in the environment and as a member of the UN security council it will be doing its utmost to address climate change, pushing forward the realities of small islands with the aim of helping in decarbonisation and digitisation for UN targets to be reached.

Malta will also be promoting the safety of the seas, which was of great importance in combatting climate change.

"The interplay between climate change and the health of our ocean is important for Malta as we draw from our maritime legacy and our historical contribution at the United Nations.

"The ocean plays a vital role in combating climate change, but it is also vulnerable to the impact of climate change, such as the changes in sea temperature, the rise in sea levels, and the effects on sea currents," Abela said.