MEPs probing claims of misconduct by the EU’s border agency have not excluded investigating reports of migrant pushbacks by Malta.

European Parliament vice-president and Maltese MEP Roberta Metsola on Friday said that the door was not shut on investigating whether Malta had indeed pushed migrants back to Libya using private fishing vessels last year, and whether border agency Frontex was complicit in this.

Metsola was selected to chair an investigative committee tasked with looking into allegations of misconduct made about the EU's border agency.

The agency has come under scrutiny following allegations of harassment and misconduct as well as claims that it facilitated the pushback of migrants - a violation of international law.

EU anti-fraud agency OLAF opened its own investigation into the agency earlier this year and the EU Ombudsman is also investigating.

Frontex has rebutted claims of misconduct.

“What we want out of this process is to give answers to the questions being asked and come up with suggestions to improve the way things are done,” Metsola told a press briefing organised by the European Parliament.

In April last year Times of Malta reported how a private fishing boat picked up a group of migrants stranded at sea and returned them to war-torn Libya, with high level sources saying the vessel was commissioned by Maltese authorities to provide 'help'. 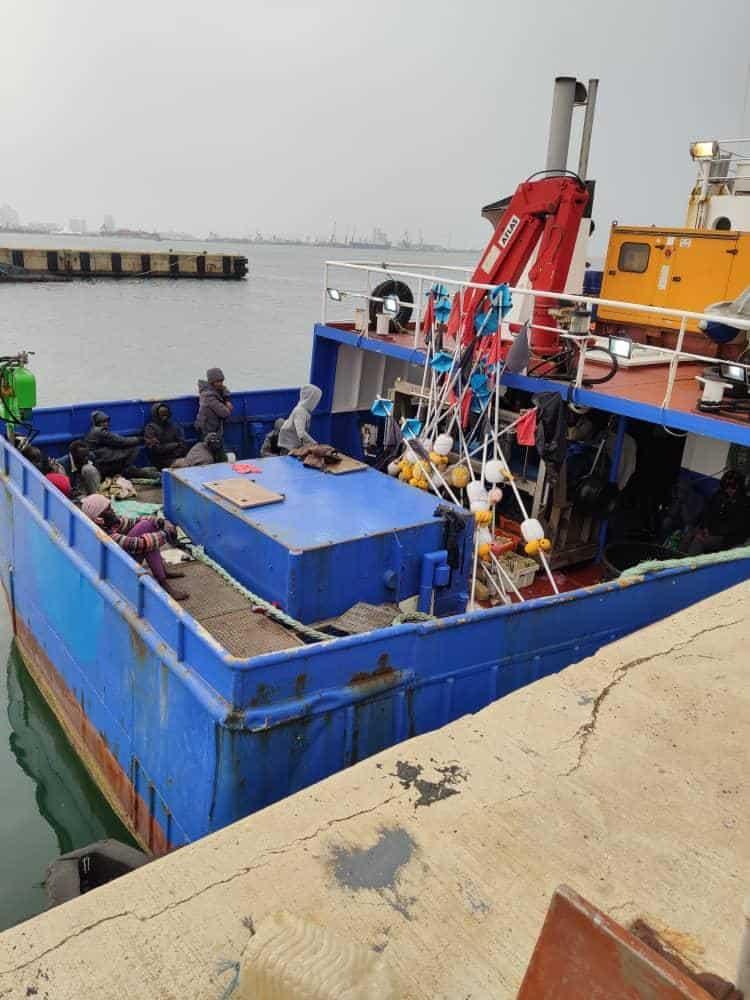 Migrants sit on the back deck of a Maltese fishing vessel after it docked in Libya.

Asked about the incident and whether it fell within the scope of the committee’s work, Metsola told Times of Malta that the matter had already been discussed in one of the EP’s civil liberties committee meetings.

“Of course all political groups have put forward ideas for scrutiny on different matters in this regard across a number of member states. The door has not been closed to look into any concerns, and we are open to all points including this issue,” Metsola said.

The MEP added that the group’s remit was rather broad, but it would certainly be taking a look at the Mediterranean.

The investigative committee, which is made up of 14 MEPs, will report back to parliament within four months.